The Verdict On The Ghost Story: Is It Worth Your Time And Money?? 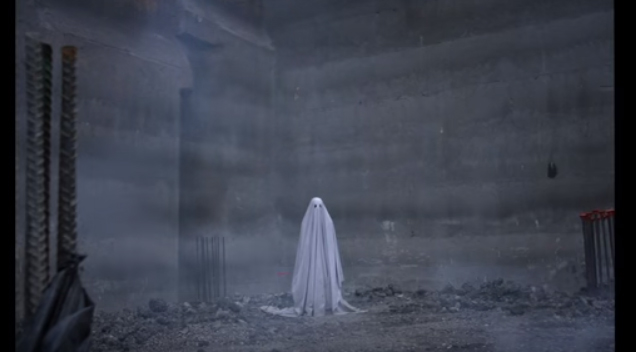 There is a certain type of quality about the Ghost Story which leaves you in awe when it comes to watching this movie. Although the title implies it could’ve been a horror movie, it’s rather an endearing slice of life movie about legacy, loss and the essential human longing for meaning and connection.

From the critically acclaimed mind of David Lowery who directed (Ain’t Them Bodies Saints and Pete’s Dragon), recently deceased, a white-sheeted ghost who is played by Casey Affleck returns to console his grieving wife who remained at their suburban home. However, he finds out that his invisible observant status as a lingering ghost frustrates him every moment as the woman he used to love slipped away in front of him as she moved on.

The movie explores essential theme loss—it is a poetic extradite on time and legacy which highlights the weight of the existence that comes to terrify both the living and the dead; informing everything from Affleck’s ghostly, yearning walk beneath a billowing white sheet, to the yearning philosophical monologue who was delivered, Will Oldman.

Director David Lowery explained that this film is a creative outlet where he is able to control time, in his own words, “We don’t have a choice. Dealing with the lack of option in that regard is tremendously difficult, and it’s a huge aspect of what this movie about.”

Interestingly enough, there was one point in the movie, in which the bed-sheet ghost fell from a building and dives towards the ground. It rewinds back to the beginning of time in which their suburban house was built and then it transitions to the couple’s own time. Whilst the ghost lingers, the audience begins to question if the ghost is actually Casey Affleck’s character or another entity that used to inhabit the house.

An interesting aspect within in the movie is the choice of costuming that Casey Affleck’s character actually wears – a white bed sheet with two cut-out holes for the eyes rather than metaphysical, translucent entity which roams cryptically throughout the haunted house. The white-bed sheet’s physical form of the ghost humanizes what once to be considered to be stereotypically ghastly and given it an endearing backstory of personal grief and moving on.  In Lowery’s comments that “I love the classic bed-sheet ghost—you can show this symbol to anyone around the world and they know instantly what it is.”

The Ghost Story is by far the most profound and emotional movie about loss and legacy. With its refreshing subversion of the ghost, it leaves you more sympathetic rather than scared.  A definite must-see when you are in an empty void of hopelessness. In the end, it leaves you hopeful about life that you may find meaningless.