The Verdict On Atomic Blonde: Is It Worth Your Time And Money?? 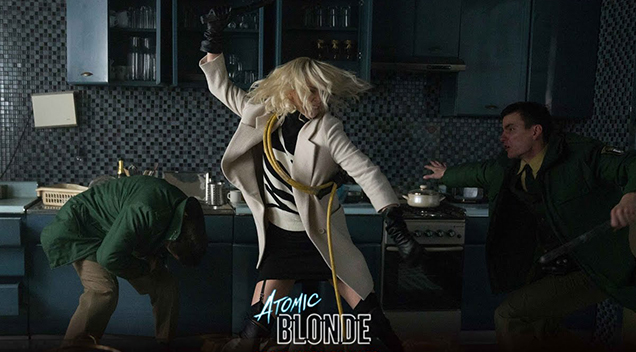 David Leitch is arguably one of the most promising up-and-coming movie directors of action flicks. He was previously credited for the stunts he directed in many hit Hollywood movies such as Tron, Mechanic, X-Men, etc. With John Wick being his directional debut, Atomic Blonde is probably his signature film so far, and it’s quite exciting to know that Leitch is scheduled to direct one of the most highly anticipated films of 2018 – Deadpool 2. Atomic Blonde is an impressive action movie with a terrific female lead.

After an MI6 agent had been shot and killed in Germany, a top female agent called Lorraine Broughton was sent to Berlin to retrieve a piece of microfilm that was concealed in a wristwatch that contains the names of every active field agent in the Soviet Union. Lorraine must discover the whereabouts of the mysterious film as well as find out who betrayed the murdered agent. She was aided by David Percival, her primary contact in Berlin, who is supposed to help her succeed in the assigned mission.

The movie is an action-packed thriller with Charlize Theron starring in the main role, alongside the talented James McAvoy and John Goodman, who is finally starring in a good movie, after horrible performances in “Once upon a time in Venice” and “Transformers: Last Knight”. Charlize Theron played her role well to the point that she even drew a comparison to the badass assassin “John Wick”. After series of performances as Professor Xavier in the X-Men series, it’s great to see McAvoy playing a different role and he shined in this movie, as he did in “Split” a few months earlier.
While John Wick is a more action-packed movie, “Atomic Blonde” serves as a spy thriller, and long after the film is over, you will have multiple questions about the plot and a lot of “who is who” in your head. Spy movies are coming out slowly to the big screen in the last couple of years, so this movie comes as a real refreshment of the genre. Writing, cinematography, as well as acting, played a huge role in the success of this film.

“Atomic Blonde” also features great score and visual design, which is essential in delivering a good action flick. This movie is certainly one of the brightest surprises of the year and based on the plot; we might be in for a sequel sometime in the future. In a world of cliché, action movies, this comes as a great addition and is certainly worth your time.