The Verdict On War For The Planet Of The Apes: Is It Worth Your Time And Money?? 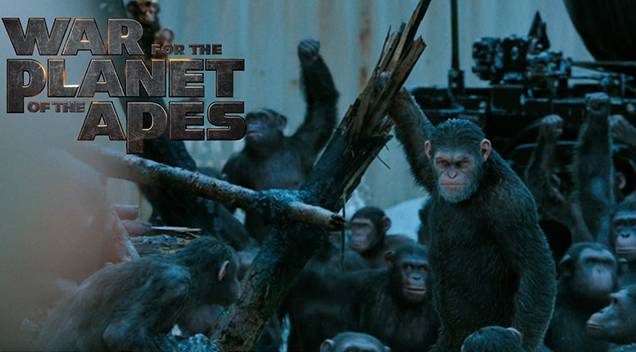 After the events of the “Dawn,” the apes have built their fort and are carefully protecting themselves from the human race that is trying to take over the planet. After an attack on the Apes’ position occurs, their leader Caesar captured some of the humans involved in the assault but decided not to kill them to send a peaceful message. However, leader of the human army, the so called Colonel, attacks again and kills some family members of Caesar. Enraged, he decides to go after the army and is joined by his three friends, but also an unusual companion.

After two movies that depicted the rise and eventual conflict of human and ape race, this one takes a different approach and tries to focus on the apes. Once again, Andy Serkis is the voice and motion capture of Caesar, the main ape in the movie and the franchise’s protagonist. His performance is amazing and despite the CGI, we can see his signature moves and facial expression. We have seen something similar in “The Lord of the Rings” franchise, where he stars as Smeagol. Besides Serkis, there is only one actor worth mentioning. Woody Harrelson stars as Colonel and his performance is excellent and truly one of the strongest assets in this movie. He practically steals every scene he is in, with his recognized charisma and sense of feel for the role.

That being said, Harrelson’s character is the only notice-worthy human in the movie as it is only based on the Apes. The story revolves around some human values in Caesar’s role and his doubts of the purpose in his life. That is easily the main point in this movie and the first hour tries to put that into perspective. Very little dialogue (spoken) can be difficult to some audience, but in this film it makes sense. There were some parts of the movie that looks like an “Animal Planet” documentary, but the overall picture is greater and has all the pieces of the puzzle in its place.

When developing a trilogy, it is hard to keep the same level of quality and this movie managed to do that. It is not the highest level, but there are very few differences between the three films and all three make a perfect story that was told in the best possible way.