5 Powerful Ways To Build Your Confidence And Self-Esteem 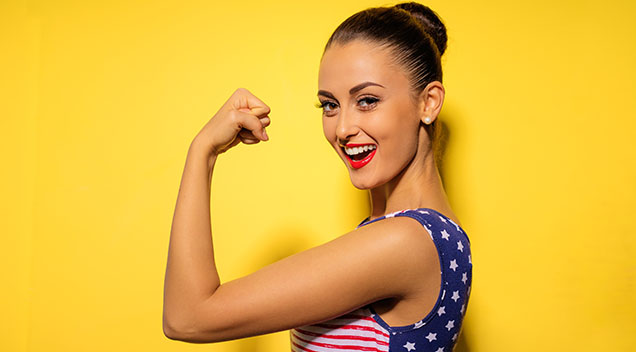 10-year old Nyeeam Hudson wasn’t wearing the ‘right’ shoes at the park one day. He was wearing Fila’s and as result, he got bullied for it. But the New Jersey boy wasn’t going to let his tormentors off the hook that easily. His response to them saw his Facebook video go viral with millions of views. Nyeeam tells of his encounter: “I just wear FILAs because I like the color and I think they are cool. They might not be what’s popular today, but that’s what I like. So I told the kid, it’s not about what I have on my feet, it’s about what I have inside my head. No matter what I’m wearing, no matter what I have on, it’s about my information, the knowledgeable things in life. These sneakers are not even going to fit you in 20 years from now. So it’s about what you have in your mind. Your wisdom. Your knowledge. The power to inspire others. And parents, please don’t raise your children like the materialistic type…they are going to feel like they need the gold or the Jordans or the cool stuff, the popular stuff, to make them feel important.”

Nyeeam’s video highlights a link that psychologists have long known about. That is, between self-image and materialism. While the intensity of the link peaks in teenagers, it is not confined to it. It becomes a vicious cycle where when self-esteem lowers, materialism increases. But as materialism increases, it creates low self-esteem. But there is hope, increasing self-esteem will break that cycle and not only will your wallet (or your parents’ wallet!) thank you for it, so will your physical, mental and emotional well-being.

As Nyeeam says in his video, he won’t be able to fit in his shoes in 20 years and the same is true for whatever it is you buy to fit in. Trends change and things wear out. But who you are – mind, body, soul – and the legacy you leave behind will never go out of style.

2. REMEMBER: SOME PEOPLE HAVE IT WORSE THAN YOU

I grew up in the Philippines and I had daily visual reminders that I was a lot luckier than most children. I would see children begging in the streets with barely any clothes on and wearing flip-flops, if any at all. Children in first-world countries don’t have that daily reminder. Sure, you see the commercials on TV but it’s much easier to dismiss than being confronted with a child with his hand out asking for help. Keep in mind, the next time you ask for a new pair of sneakers (and you already have 3 or 4 barely used in your wardrobe), a parent in another country probably made those shoes just so their child can eat. They can only dream of bringing home those shoes they’re making.

Establishing your self-esteem with your own negative self-talk hammering at you is hard enough, but then you surround yourself with a crowd who seem to be unable to say anything good about you is a recipe for mental and emotional disaster. My high school inner circle comprised of a group of strong, independent young women who didn’t give a hoot what anyone said about them. They, we, weren’t the ‘cool’ group but we were respected – not just by our peers, but by the teachers as well. And that, I tell you, is a far more important thing to possess than any latest accessory.

4. WHAT YOU SEE ISN’T ALWAYS WHAT YOU GET

What better illustration of this statement is there than any one of those makeup video tutorials on YouTube?? You see the ‘before’ and ‘after’! If your self-esteem is rooted on the ‘YOU’ before the makeup goes on, then you’re good. But if it hinges on the ‘AFTER’ look, then you’re in big trouble. Same as if you compare your life with what you see people share on social media. Unless your phone instantly uploads and shares any photo you take, the social media projection of your life is heavily edited. You, yourself, would choose only the best pictures to put on Facebook, right? Then what makes you think other people don’t do that?? So, if you’re envious of the travel they’re doing, the experiences they’re having – use it as inspiration instead and go and do them yourself.

Consider this (and every time I do my mind gets blown away): the current world population is just under 7.5 billion and in that 7.5 billion, there is only one YOU. Only one individual has your set specific set of DNA. Only one individual has your specific set of experiences and circumstances that made you and your life the way it is. Only one individual’s journey saw you take the step after step after step that finally led you to reading these words right now. How unique and special are you then! So stop comparing yourself to others! Figure out how to be the best version of yourself. Sure, you’ll get it wrong sometimes, but learn from those lessons and use them to grow even more. Grow, learn, live until you can look at yourself in the mirror and can truthfully say: “I like everything about me, flaws and all.”