The Verdict On The Dark Tower: Is It Worth Your Time And Money?? 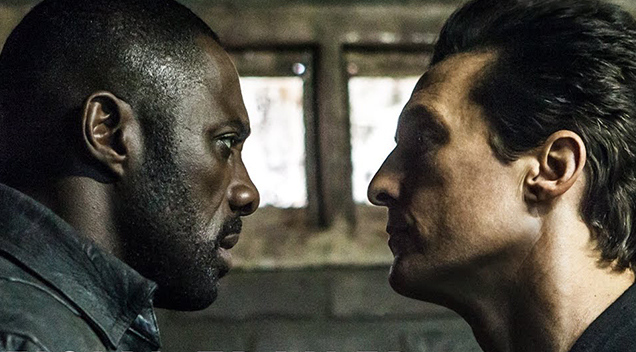 Though you might not notice it at first glance, this Stephen King film adaptation has been in the works for decades; shifting through various actors, directors, and writers over the many years it’s laid wasting away in Development Hell. Said to have been one of the most complicated and lengthiest of series in King’s works, “The Dark Tower” was even considered to be turned into a TV series (they still may do that actually). But after all that had been said, done and attempted, director Nikolaj Arcel finally completed his take on King’s “Dark Tower” series. Granted, it’s a relatively short take seeing as how the series is seven books long and this movie was as astonishingly short 90 minutes in length; but still…I’m sure there’s some reason for it.

The story begins with a young boy named Jake Chambers (Tom Taylor), a kid whose drawings depict horrific visions of a different world where children are being used to try and destroy a dark tower at the command of the villainous Man in Black (Matthew McConaughey). The Man in Black is at war with the last gunslinger, known as Roland (Idris Elba), the lone hero seeking to kill the Man in Black before he destroys the dark tower and causes the collapse of multiple worlds. Jake and Roland end up crossing paths and working together to try and save all worlds from being destroyed and unlock the true meaning behind Jake’s dreams in this other world.

Films these days seem to get longer and longer because there is so much material involved that a mere 2 hours just isn’t enough to cover it all. Films like “Captain America: The Civil War” and the “Lord of the Rings” films are chock-full of long-running times due to the incredibly dense and thickly layered source material, so naturally you’d want to make the movies longer to make sure you cover it all. Even if you went into this movie completely blind, having no clue how many books are in the series or what came before this, it’s painfully evident there is a lot more material going on than what is being shown. The film’s biggest problem is that it is a gross oversimplification of the undoubtedly complex material involving these characters and this world.

There is so much more that is possible beyond the surface of this film; it’s got its mythology, lore, and history that could have improved greatly had another 30 or 40 minutes of development or exposition been included. “Dark Tower” and its complex outline have been reduced to a basic by-the-numbers picture that plays everything too safely and too boringly to register a single spike on anyone’s radar. It’s like there’s a giant, well-prepared turkey dinner sitting before us but we only get to eat the scraps and miss out on something bigger and better dangled in front of us. The fact that so many people have been trying for so long to get this movie off the ground just makes the end result look all the more pathetic and downright anemic.

It’s not the actor’s fault (though pretty much Elba and McConaughey appear to be the ONLY ONES actually putting forth some effort). The script is hollow and generic, it’s got ideas, but no execution and any emotional weight or drama we’re supposed to feel doesn’t carry over. The Man in Black, for instance, has some cool powers and is supposed to represent this story/world’s incarnation of the Devil, but McConaughey ends up looking more like an evil version of himself when he appeared in those Lincoln commercials thanks to the cardboard cutout dialog. There are some badass scenes; things do get more jacked up once Elba storms the villain’s hideout guns a blazing. There are even some genuinely funny fish-out-of-water moments when Elba comes over to our world, but all of this good comes too little too late to make us care.

Overall, “The Dark Tower” has a rich history that’s as multilayered and complex as the mechanisms in a clock. Whether you read the books or not, this movie is a gross oversimplification of a complicated storyline that never tries to be anything other than mediocre. Elba and McConaughey work with what little they are given, but all the bad ass shoot outs and untapped potential don’t excuse dumbing down a film with a much larger IQ like this. It only shows you how clearly small the IQ of the screenwriter was if he crapped out this watered down misfire and called it passable.