The Verdict On Logan Lucky: Is It Worth Your Time And Money?? 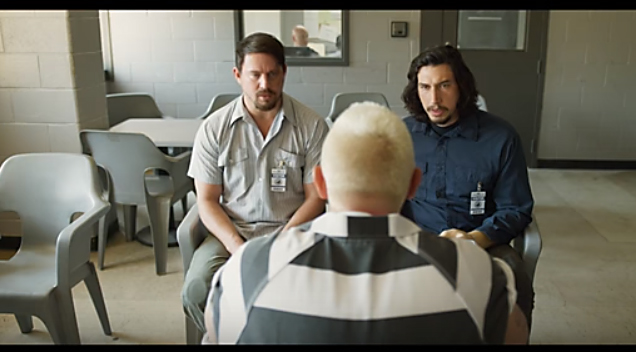 Steven Soderbergh is a big deal to some people, mostly critics. He’s known for putting on a grand display of elaborate, gorgeous looking visuals and cinematography and creating more art based movies than movies that work for the general audience’s tastes. At times I feel this is a snobbish, douchy way to view your fans but we’re not here to talk about how he sees the audience, we’re here to talk about this movie which he is personally distributing and marketing himself; “Logan Lucky.” If his name isn’t ringing any bells, you might remember him from such big name; star studded hits like “Ocean’s Eleven,” “Magic Mike” or “Contagion.” Unfortunately, you might also remember him from such awful stink pile pictures like “Haywire.” Overall, I’d say my record with him has been hit or miss, leaning more towards the miss category.

After a four year absence from making movies, Soderbergh comes back with a very simple and straight forward film about two brothers (Channing Tatum and Adam Driver) working together to commit a robbery that will set them up for life, thanks to the help of a convict they know (Daniel Craig). The brothers plan to steal their riches during a NASCAR race taking place in North Carolina. Now they have to put their heads together and steal the biggest cash hauls in their lives from one of the most significant racing sports events in America. If I can be perfectly blunt, this sounds an awful lot like a white trash version of Soderbergh’s previous film, “Ocean Eleven.” Not sure how everyone else feels about that but I feel it’s a lazy copy and paste job far as plots go for someone supposedly as big as Soderbergh.

All anyone talks about when it comes to Soderbergh is his skill for camera work and stylized use of cinematography. Even when his movies are bad, or they do poorly at the box office, not a single critic (online or otherwise) slings one jab at his camera skills. The same can be said here. “Logan Lucky” makes even the grungiest and red neck of sporting events look like a masterpiece of visual and technical flare. It’s beautiful looking and treats your eyes to a visual spectacle of unique camera magic in even the most mundane and trivial of scenes. Elements surrounding the upcoming heist come off as initially useless, but prove necessary later on when the time for the heist actually gets things rolling…The problem is you got to wait a WHILE for that ball to start rolling anywhere interesting.

Everything may look pretty, but it’s nothing but a glossy coat of eye candy to cover up a bland, run-of-the-mill, mildly entertaining heist film which feels like a cheap copycat of better made past heist movies. All the trailers give the illusion this movie is either nonstop action or nonstop comedy, and the film is neither of those. It’s a nonstop “meh” movie. Nothing is groundbreaking or new here; it’s all been done before…Just not done as good looking as Soderbergh’s vision can produce. Nobody cares about these characters, nobody cares about this plot and I, don’t know why Soderbergh released this movie himself because nobody seems to care about it except for the critics who already glorify his films on an almost constant basis.

The cast is pretty solid, nicely rounded and excellently portrayed by the likes of Adam Driver, Daniel Craig and Soderbergh regular Channing Tatum. Craig in particular stands out and steals/chews/owns every scene he’s in with an impossibly infectious charm. But no matter how many good looking shots and great faces you fill your movie with, that doesn’t change that this is a story that has been done before and no one seems to have wanted Soderbergh to come out of retirement in the first place; let alone for this movie. Even saying the plot out loud just sounds bland and boring, a generic white bread, vanilla flavored story that hardly draws in any excited or interested parties outside of the usual arthouse critic laced crowd.

This isn’t a movie that will satisfy or impress anyone other than critics; it’s made for them and designed to appear to be for general audiences, but its lack of any positive points outside of its central stars and camerawork truly show who is supposed to care and enjoy “Logan Lucky, ” and I don’t feel it was meant to be us.

Check out the trailer courtesy of Movieclips Trailers: