The Verdict On Colossal: Is It Worth Your Time And Money?? 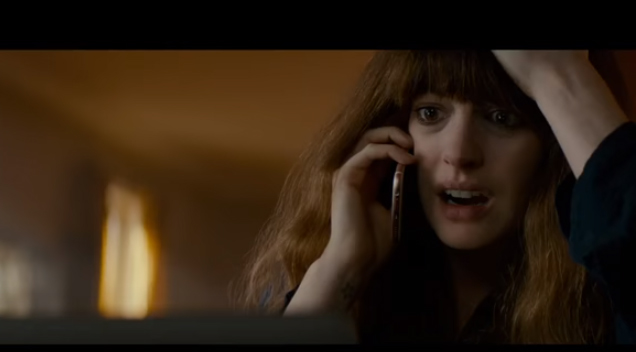 Several months ago, I heard about two movies coming out and I was very interested in seeing both of them. Those movies were “Free Fire” and “Colossal.” Unfortunately, my local theater didn’t have either of those films and I had to trek out to farther theaters in order to see them, but I only had the time and money to make the trip out and see one of them. I ended up seeing “Free Fire” (I thought it was all right) and didn’t get to see “Colossal” until it came out on video many months later. Needless to say I think I would have had very different experiences if I had seen the movies in opposite order. Both were unusual films and I wasn’t sure what to expect from either one, but in terms of most interesting I think you’ll find this film to be a more interesting read than if I was reviewing “Free Fire.”

“Colossal” is about Gloria (Anne Hathaway), an unemployed party girl who sabotaged her own job, her life, her relationship, which resulted in her getting kicked out of her home in New York and going back to live in her dilapidated family home out in the sticks. Reports of a giant monster appearing in Seoul start popping up on the news. Gloria eventually finds out she is somehow controlling the monster from her hometown and now has to figure out how to stop this from continuing and figure out how to make her strange new life normal again if possible.

Those expecting another giant monster movie like “Pacific Rim” or “Cloverfield” will be disappointed as there isn’t a great deal of giant monster action or destruction scenes. In truth, the giant monster is more of a sub plot and the real core issue is this woman trying to figure out what to do with her life and how her choices have affected those around her and also (obviously) those being “menaced” in Seoul. The explanation and understanding of the giant monster connection is very strange and not fully fleshed out, but you know enough of how the system works to know how serious this strange “arrangement” can be. Things happen that put lives in jeopardy and the movie amazingly makes something silly and weird play out in a dark, almost “hostage” like situation that creates compelling conflicts.

In other words: this idea works, it’s crazy and isn’t explained very well but it still works and that’s that really makes this movie unique; not just the giant monster gimmick. Anne Hathaway was excellent in this film. I don’t know if it’s the long hair/wig she has in this film or just her demeanor but I felt like I almost didn’t recognize her. This was a very different role for her. I’ve seen her in various films prior and this one really stands out as something new for her, it’s an approach I enjoyed thoroughly and wasn’t expecting. The same can be said for Jason Sudeikis. I think this is the best work he’s ever done, like, this is THE performance of his that I will always remember above all his other films. He was intense, unpredictable; he kept the movie interesting and I genuinely did not know what I was going to expect with him or his role.
The idea with the giant monster is very unique but definitely could have used some more proper explanation. There are rules as to how it works but not much as I said before; the real focus here is this woman’s life spinning out of control and trying to pick up the pieces. It’s an unusual situation that not many would know how to deal with and I liked that angle; that genuine sense of absurdity that we try to deal with and learn the hard way what bad results can come out of (what we think are) harmless decisions. I loved the misdirection with the film’s plot, making you think it’ll go this way but turning the real source of the conflict on its head and catching you off guard.

My major criticisms lie with the film’s inability to utilize its supporting cast properly like Tim Blake Nelson and Dam Stevens. Plus the system/rules behind this monster connection were very loosely explained or clarified. There’s a lot left unanswered about it and I get that it wasn’t really about the monster, it was about Gloria’s journey but still, the monster element is extremely critical towards the last half of the movie so it’s hard to ignore. Overall, “Colossal” is a unique experience to say the least. It’s got a giant monster, emotional crisis, finding out who you are and some really mind bending surprises that you’d never see coming. The performances were excellent, I just wish it could have tried a bit harder in a few areas, because then it would’ve been truly great, but still a recommended watch.