The Verdict On Ali’s Wedding: Is It Worth Your Time And Money?? 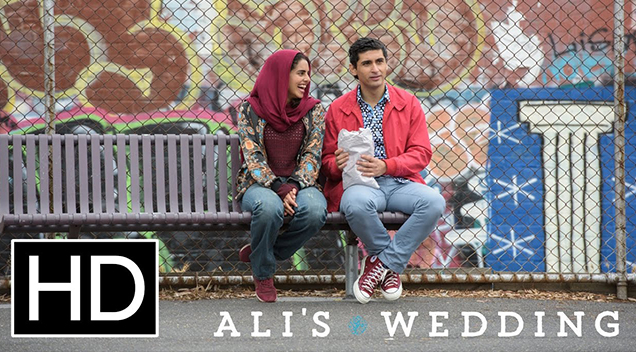 It took a while, but Ali’s Wedding has set a unique precedent when it comes to translating the Australian immigrant story on to the big screen. Dubbed “Australia’s First Muslim Rom-Com,” it premiered on August 31st. It was based on the real and unfortunate events of  Osamah Sami’s life in which he fabricated his medical entrance exam, got deported from America due to a play about Saddam Hussein and escaped from an arranged marriage to chase after the girl of his dreams.

Osamah Sami’s plays a fictionalized version of himself, Ali, who wanted to impress his father, a communal cleric. The film was set in suburbia Melbourne in a tight-knight Muslim community and chronicles Ali’s dilemma between fulfilling his father expectation, pursuing his desire of “playing a terrorist in Hollywood movie and following through with his blossoming romance to his Muslim sweetheart, Dianne.  Due to his undying admiration for his father, he resorted to telling the “biggest” lie of his life.  His father was a fearless fugitive who escaped from war-torn Iran. If it weren’t for his father’s two friends posing as correctional officers when he got transferred to another prison, Ali wouldn’t be here. So, naturally, Ali wanted to follow in his father footsteps and fulfill his expectation to be a doctor. It’s a universal expectation amongst immigrant families that there should be at least be one child who will ultimately be a doctor as it signifies being the astute good kid.

In every culture, there are a set of nonsensical practices which adherents abide by, for no apparent reason. Islamic culture is filled with strenuous and conservative traditions from their weddings to their funerals.  The film seeks to satirize these traditions and illustrate the idiosyncratic nature —a prime example is the arranged marriage. Although, Ali fabricated his medical entrance score which he said it was a 96.8 (but really, it was 68.5), all of sudden, Ali becomes desirable.  Clueless (mainly, because his friend got smothered by car oil bile), he assumed that he’s supposed to drink the tea before the father of his girlfriend does upon meeting him for the first time.  There was dramatic tension between the father and Ali to get their tea cup the fastest. In rather true comedic fashion, Ali chugged the tea as quickly as he could before the father can touch his tea. Although he was anticipating a rather somber reaction, the room was busted with excitement as it means that the father wanted to marry his daughter eagerly.

Interestingly enough, the film seizes the opportunity to highlight the gender disparity in Islamic culture. Men are often the ones that are being acknowledged for their achievements and contributions to their community, while the women stayed silent and reserved with theirs. Although, Muslim women who defy against convention are silently shunned. The film highlights the dichotomy between “bad” Muslim woman and “good” Muslim woman in Diane and Fatima. There’s Dianne, Ali’s love interest, who is a strong-minded and an intelligent Lebanese woman who got near perfect score on her medical entrance exam and yet her community does not acknowledge her achievement. However due to the fact, she is educated and intelligent, she is called a “loose Muslim girl” by the community. Whereas Yomna, who is characterized as the “quintessential good Muslim girl,” a woman who is rather obedient to her husband.  She is heralded as the “most beautiful woman” within the community because of the high status of her father. It’s one of the films biggest strengths which it does not trivializes the struggle of women in the Islamic culture.

Overall, Ali’s Wedding is an endearing, heart-warming film romantic comedy which humanizes the Muslim community in a world which vilifies it. It grounds itself in reality by showing the lack of acknowledgment of Muslim women and their achievements in their community and humorously exploits the absurdity their traditions. Amongst the cookie-cutter mainstream movies of Marvel superhero films and countless remakes, the film is a rather refreshing take on an otherwise a bland Hollywood romantic comedy. Hopefully, the success of this movie paves an era of multicultural films within Australia.