The Verdict On Blades Of The Immortal: Is It Worth Your Time And Money?? 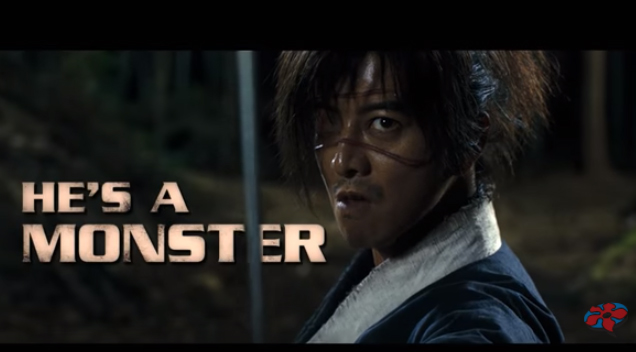 The thing about Asian period movies is that you usually expect a typical “I will avenge you” trope, which probably makes up fifty percent of the genre. “Blades of the Immortal” is not your average “I will avenge you” movie, rather, it shifts the focus on the moral gray-areas of revenge and its repercussions and the cursed immortality.

Directed by Takashi Miike, this film is said to be his hundredth, based on the manga of the same title, by Hiroaki Samura. It is a perfect choice for Miike to adapt the manga series, as it has more than its fair share of idiosyncratic characters, well-choreographed sword fighting scenes and bizarre weapons.

The story starts with our main character, Manji, a former highly skilled samurai who becomes cursed with immortality after a legendary battle between himself and a hundred bandits. He killed those men out of bloodshed because the bandit’s leader mercilessly killed his younger sister, Machi.  The whimsical Oba-san (old woman) witnessed this impulsive killing and cursed him with immortality by implanting bloodworms—their primary function is to heal any wound in a battle instantly. Thus, the story bleeds from a gray scale flashback into the colorful present where we are introduced to Rin Asano, a talented fencing prodigy.

Although she is young and naïve, she’s headstrong and fearless. She has an innocent vernacular for justice, as she wanted to avenge her father who was the head of a dojo and the leader of the Itto-Ryu school of fencing, Kagehisa Anotsu. Enraged with a vengeance, she initially wants to take out Anotsu by herself, however,  the whimsical Oba-san, Yaobikuni was told to seek Manji out to be her bodyguard. At first, Manji initially refuses, but after seeing her determination, he reluctantly helps Rin on her quest to kill her arch nemesis.

The film shines the light on the redundant idea of immortality as a double-edged blade (no pun intended!). Miike beautifully portrays its agonizing side effects. There was a scene in the movie where a fellow immortal swordsman, Eiku Shizuma, and Manji’s fight scene—well, casually trying disembody each other to their inevitable doom. Obviously, due to Manji’s scathing swordsmanship, he finished him. As Eiku drew his last breath, he scoffed “I’m tired..of living,” when Manji asked him why he gave up defending himself.  This whole scene encapsulates the terrible curse of being alive too long because an individual like Eiku has seen enough suffering from his love ones which rendered his life to become meaningless. Therefore, Eiku turned to join the Itto-Ryu as it gave him something to do even when it’s morally wrong.

The heart of the film is the sibling brother-sister relationship between Manji and Rin. In Takuya Kimura’s own words “When Manji encounters Rin, finds a definite purpose in being alive. Since he’s immortal, the expression doesn’t apply, but his attitude towards her was “do or die.” The Japanese title uses the word “infinity,” and I think this refers to the “depth of emotion” rather than “time” or “space,” although I suppose you can think of it as “permanent.”  During almost two hours and a half run, you begin to see the endearing transition between the two– from reluctance to genuine brotherly-sisterly love. However, Manji’s loyalty to Rin in serving justice is prominent in the movie; there is a question to be asked in the moral gray areas of revenge. Is it worth killing a lot of people for a “selfish” quest to vengeance?

With Miike completely reinventing your typical Japanese sword fighting movie, he accentuated the magnitude of battle scene at the film’s climax. In the director’s own words, “We can’t let this movie just come to a pointless end. Before we have to entertain ourselves.” With 300 extras and two weeks of shooting the last battle, it looked like a chaotic depiction of real-life battle straight of the Edo period!

Overall, the movie with its eccentric yet memorable characters, compelling plot and meticulous yet historically accurate costume and set design, it is a thrill if you like violence done creatively.