The Verdict On Netflix’s Death Note: Is It Worth Your Time?? 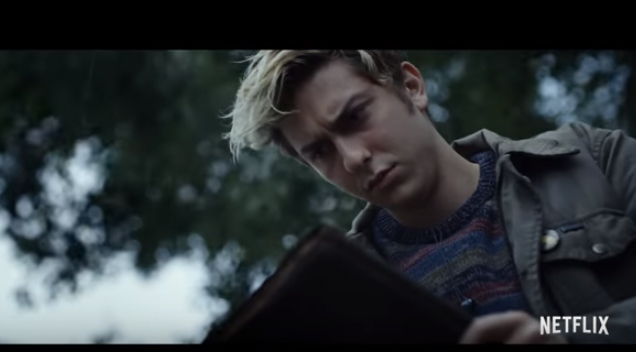 Anime is one of the numerous sources Hollywood has tapped for crafting Americanized movie adaptations. While films based on old TV shows, previous franchises and books are still proving to be successful, adapting Anime has shown itself to be a costly and disastrous undertaking with little to no success. “Dragon Ball: Evolution”, “Speed Racer” and “Ghost in the Shell” are prime examples of how badly Hollywood has been butchering Anime properties. Now, director Adam Wingard (You’re Next, VHS 2) is taking on that challenge for Netflix, by creating the first live action American movie adaptation of the highly popular Anime/manga/movie series “Death Note.” Having seen the anime series and previous films before, I’m well versed with the knowledge of just how potentially atrocious or appealing this movie could be.

Light Turner (Nat Wolff) is a brilliant student whose life takes a dramatic turn when he comes across a mystical notebook known as a “Death Note.” As told to him by the book’s demonic owner; Ryuk (Willem Dafoe), anyone whose name is written in the notebook will die. Intoxicated with the power of changing the world for the better, Light uses the book to wipe out the scum of the Earth and become humanity’s god and savior; “Kira.” His killings attract a curious girl (Margaret Qualley) and the mysterious, genius detective known as “L” (Lakeith Stanfield); who is hell-bent on bringing “Kira” to justice and ending all of these mass killings.

While this movie has earned a great deal of backlash due to its multiple alterations to the source material, I got to say; I feel this is probably the best Anime adaptation film to date. Now that doesn’t mean this movie is flawless; far from it. Even without knowing the source material, the average viewer can tell Light is a poor excuse for what he could be as a character. He comes off as an overly screamish, goofy faced teenager that is too busy dealing with high school life to truly accept the gravity of his newfound power and its consequences. The Anime Light was cold, calculating and a master strategist who viewed himself as a God; capable of doing whatever he wanted despite whom got in his way. I admit as this is an American take on the character it makes more sense how the film portrayed him; but that still doesn’t excuse his character’s unoriginality.

The character of Mia (Qualley) is interesting as her dark intentions seem surprisingly more villainous than expected (especially considering the character Misa Amane she’s based on). She’s different but in a far more promising way than what was done with Light’s changed. No doubt the best performers by far is Dafoe as Ryuk and Stanfield as L. Dafoe’s presence was brief and missed but widely appreciated when onscreen. He was dark, intense, and demonic; a sinister, shadowy being that was brought to life spectacularly by the actors and CG animation effects. Stanfield embodied his source character perfectly; even taking L’s mannerisms and confrontational nature to new heights of intensity. He deserves all the praise for his performance here as I find (as well as many others) he was the best out of everyone else involved.

Wingard really did give it his all designing this movie. Its unique visual style is striking, constantly moving and making excellent use of shadows, lights, and surroundings. Night clubs and Ferris wheels transform into epic cinematic blood baths that take full advantage of the film’s style and R rating for its over the top gore effects. No one should go into this movie expecting a perfect copy of what the Anime did, the Manga did or, the Japanese live action films; to do so only guarantees disappointment. This is an American story with the spirit and characters from the source material, made for an American audience and it’s felt in every song, every reference, and camera shot. It’s a unique experience that brings something new to the “Death Note” franchise, while also (mostly) keeping the nature of what the series was all about.

I think this film serves as a step in the right direction of what a decent Anime Hollywood adaptation looks like; this is easily light years ahead of any American Anime movies made so far. Netflix’s live action movie will help garner new fans and new attention towards this classic series and even promote others to look into the source material more than ever. Could it have been more faithful to the source material? Absolutely, but I think this has promise enough to make up for it in a hopeful sequel. “Death Note” is a rocky start but a promising one that did a lot of things very wrong and in very cliché ways, but I also feel the excellent choices in casting (most of them), camera work and visual style are positive enough elements that would make a sequel a welcomed new experience…at least I think so anyway.