The Verdict On “IT”: Is It Worth Your Time And Money?? 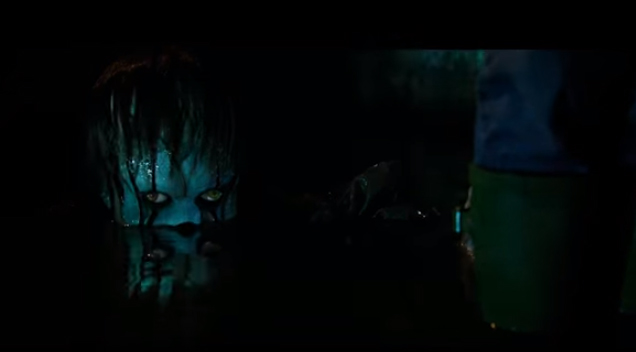 Stephen King is one of the most cinematic authors in the world. Nearly everything he’s written has been turned into a movie, a miniseries or a TV series and thanks to the monumental success of the film in question, expect more of his titles to be adapted. Arguably his most famous book is “It”, a story with over a 1000 pages of child killing and clown filled terror that was previously adapted into a heavily watered down miniseries in 1990; starring Tim Curry as Pennywise the clown. 27 years later, director Andy Muschietti decided to tell King’s story with a bit more justice and accuracy than the poorly aged miniseries – complete with an R rating and all the violence and gore left intact. Let’s see how it measures up with the incarnation of yesterday and the audiences of today.

In the town of Derry, a series of disappearances; mostly children, have sparked the morbid attention of 7 young children calling themselves “The Losers.” Each one has seen sightings of a strange, murderous clown (Bill Skarsgard) known as Pennywise. The monster is responsible for all the disappearing children, including the younger brother of Bill (Jaeden Lieberher). Now the children must band together and stop IT before it kills them or any other kids in Derry as they struggle against the most powerful evil force they or this town will ever know.

Having read the book AND seen the miniseries, I’m well versed with how well and how poorly these film adaptations are, and I can say with the utmost confidence…that this movie nails “IT” (Pun intended) right on the head. This new take on “IT” perfectly captures the fear, the mood, the essence and the hearts and souls of the characters King wrote about in his original book. We feel the constant sense of dread and darkness that seems to be infecting every person and every shadowy corner in Derry. You actually feel as if IT is everywhere and IT could appear or strike at any time and assume any form…and IT does. There is no shying away from the child killing or the violence this time around. Almost every gruesome detail is shown in horrific, graphic detail and it truly adds to the savage terror that King’s monster is known for.

Bill Skarsgard wisely avoids trying to copy Curry’s take on Pennywise and creates his own uniquely disturbing performance. Skarsgard talks as if he’s speaking in two completely different voices at the same time; struggling to control his monstrous hunger around children. His appearances range from creepily brief to traumatizing for long periods. You’re kept in a perpetual state of unease; clinging to the edge of your seat as you dread what nightmarish thing he’ll do or form he’ll take next. Children actors tend to not be especially good actors, but every one of the Losers is represented impressively well with each actor. They came off like real kids; nothing felt forced or overacted; they felt like the real kid characters from the book; connecting with the audience and making us laugh and revel when they stand up to the twisted Pennywise.

Though a risky move, I applaud the director for splitting the story into two full-length films: one – focusing on the Losers as children and the planned sequel to follow them as adults when they come back to finish IT off. It allowed the story to feel less rushed and provided more development and depth to the story and characters, this was a problem that the miniseries fumbled with egregiously so even if there’s not a sequel, I’m glad the director did the first half properly instead of trying to cram all 1000 pages worth of story material into one two-hour movie. There were a few changes to the story, none that impeded the film’s progress or diminished its quality though.

I do feel the film’s secondary villain; the bully Henry Bowers; could have used some more exploration into his character. We got bits of it; seeing his father and his friends towards the end but not enough to actually develop him as the book had. I know the Losers are the real stars of the film, same with Pennywise, but Bowers was involved in so much of the movie’s darker conflicts that it seems a shame to underserve his potential like this.

Overall, “IT” is a fantastic, updated take on King’s story and successfully manages to improve and expand everything the miniseries failed to accomplish. This film is a non-stop tension builder that keeps you consistently on the edge, rolling with laughter, gasping in horror and crossing your fingers that these kids survive whatever inhuman thing this clown does to them next. These kids are talented beyond measure and have a phenomenal future ahead of them. Skarsgard proves to be an exceptionally worthy successor to the Pennywise name, and the unnerving impact of his performance will haunt me for days. This is a great horror movie, a great King adaptation and it’s left me hopeful and hungry for more when/if the second chapter gets released.