The Verdict On American Assassin: Is It Worth Your Time And Money?? 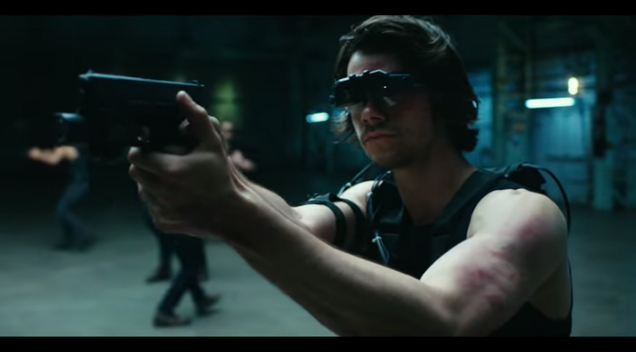 When I first saw the trailer for this film, I thought it was some sort of cheaper, CBS produced “Taken” wanna-be with a younger lead no one’s ever heard of and Michael Keaton for some reason. I can’t say I thought much of the film when I caught my first glimpse of it; it came out of nowhere, but there was nothing else of interest in the theaters so I thought I’d give this a shot. I can’t say I’m totally blown away with pleasant surprises, but I can say I did get a bit more out of this than I expected to.

Our titular character is Mitch Rapp (Dylan O’Brien), a young man who just proposed to the love of his life when tragedy strikes and a violent terrorist attack guns her down along with several other innocent people. Vowing revenge, Mitch hunts down the terrorists responsible and comes into contact with CIA deputy director Irene Kennedy (Sanaa Lathan). She thinks his vendetta can be put to good use and entrusts his training to Cold War veteran; Stan Hurley (Michael Keaton). Together, they will investigate a series of plutonium thefts; headlined by a formerly trained assassin (Taylor Kitsch) of Hurley’s and stop him before a nuclear attack is launched.

For a character driven by revenge after seeing his fiancé brutally murdered, you would have expected the movie to linger on her character a bit and make her death seem like something worth feeling horrified over. Unfortunately, the film was in a hurry, and it rushes her character into “motivational fuel” too fast before we can truly appreciate why Mitch chooses the path he does. It’s the film’s biggest flaw; rushing the motivations and reasons why these characters are doing what they’re doing and what brought them to that place, except Kitsch. Despite being fully aware of this film’s R rating, the intense level of violence in the graphic gunning of the victims on the beach was truly mortifying. It was a shock and a vivid kick-off point for the carnage that’s about to follow.

Unlike “Taken,” this movie pulls no punches with its bloody shootouts. This is a gritty, dark, intensely driven mission film that puts these black ops soldiers through all kinds of physical and psychological Hell and effectively transfers the sense of pain and trauma Mitch and Hurley are struggling through over this mission. The training session when Mitch joins feels less like a standard montage and more like a direct line into his darkened way of thinking. We get a real sense of what he wants, what he’s after and how far he’s willing to push himself into uncharted territories. Admittedly though, the deeper we delve into this world of patriotism versus terrorism, the plot tends to fall to the generic wayside and become a bit too predictable with the ultimate send off.

The fights are excellently choreographed, and there’s an intense fight scene on a speeding boat towards the end, but eventually, everything that held my interest kind of dwindles down and becomes more of what we’ve already seen before. Everything Kitsch is giving isn’t anything that makes him standpoint or gives the character any sense of originality or lasting power. His role is a dime a dozen performance that anyone could have given and no one would have known the difference. Keaton is always a force to be reckoned with, and even if you got his character’s number from the start, he relishes every scene he’s in and never half-asses a single line, emotion or action. His intensity and smarmy attitude never become stale, and he’s easily the film’s best asset, though Dylan O’Brien manages to hold his own; enough to show some more potential.

I can’t help but wonder if I would have felt more connected to the plight of this film’s story if the core issue (the death of his fiancé) wasn’t as rushed to completion so quickly that it feels anticlimactic. I think there was some good potential for an emotionally powerful series of scenes if some elements had been extended or utilized differently. Overall, “American Assassin” is not a bad movie per se, but I can’t honestly say that it does what it was supposed to do well. It’s a generic action movie that erodes the far more compelling revenge storyline from the first half for something we’ve seen before. Keaton, O’Brien do just fine, but the script seems to only have enough good material for them and no one else. The graphic violence will stay with me but much like how I felt about “Jack Reacher,” all that kind of gets glossed over by the dull, familiar sheen of mediocrity of the remaining acts.