The Verdict On Mother!: Is It Worth Your Time And Money?? 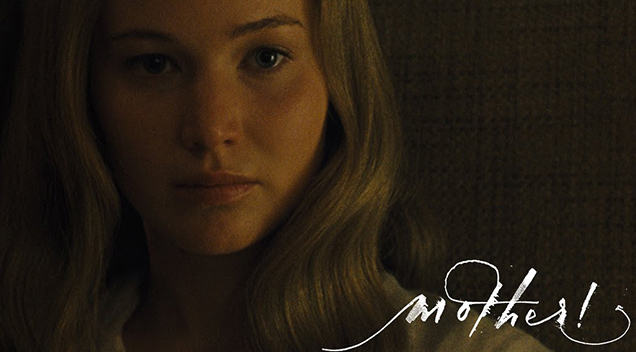 Darren Aronofsky is one of those directors who, when you talk about having a unique vision for their art; Aronofsky REALLY has a unique and often ludicrously different vision. I’ve seen two of his films: “Requiem for a Dream” and “Black Swan” only one of which I kind of liked (the latter for your info). His vision is so radically bizarre that it rubs me the wrong way so much that I become pissed off because I feel like the movie is nothing but a literal mind screw that has no actual subtext behind it or basis on reality. It’s just too busy shoving all this preposterous, pretentious crap in your face for two hours straight. I have serious issues with people who do these kinds of things because I feel it’s a fraudulent projection of so-called art and anyone who doesn’t like it must be too ignorant to understand the complexity of the film.

Take “Mother!” for example, the most Aronofsky-esque Aronofsky if there ever was one. With so many misleading trailers, people have surmised it’s about a number of different plots; very few of which are actually accurate and that’s mainly due to the fact that (like most of his movies) it looks beautiful….but it doesn’t make a damn bit of sense. From what I can make of this supposed plot, Mother (Jennifer Lawrence) and Him (Javier Bardem) are a married couple living happily in their isolated home. That is, until a mysterious man and woman (Ed Harris and Michelle Pfeiffer) arrive and just start living there; supposedly coming to see Him. As more and more people arrive, the tranquility of their quiet life is destroyed, and things start to spiral out of control into a dark, disturbing new level that Mother could never have imagined.

The fact that Darren Aronofsky was too lazy to come up with any actual names for his characters other than the most primitive and basic and labels already tells you how pretentiously overflowing this movie actually is. I don’t know what the Hell this movie was supposed to be about and I doubt I will ever figure it out no matter how many times I see it. The writing and storytelling are so offensively assaulting with metaphors, allegories, and parallels to Aronofsky’s “vision,” nothing in the film makes you feel like these are real people or that this could actually happen to someone. This is just an artistic flair for the sake of being art when it, in fact, is NOT sensible enough to come across as anything else but mindless noise, that’s all I saw here; mindless noise.

I can’t even say this was done with any sense of intelligence because from the way the director was laying everything down so thickly and overbearingly; it feels like he feels his audiences are a bunch of morons that needs to have his metaphor loaded messages hammered into your skull over and over again. Lawrence and Bardem are fantastic here and are clearly giving it they’re all; turning out commendable performances despite the preachy dribble they’re spouting. The same can be said for Ed Harris and Michelle Pfeiffer. You won’t hear a single knock against any of the actors’ talents, they’re doing the best with the bonkers quality material they’re using, and that to me is a far more impressive feat than anything else Aronofsky has accomplished here.

This movie doesn’t feel like a movie, it feels like some sort of warped idea that Darren Aronofsky only seems to like and understand and he just made it because he could; not for any valid purpose or supposed artistic vision. Obviously, art is selective, but I question any art when it’s got its head lodged so far up its own ass it doesn’t even know what it’s supposed to be anymore. This movie reminds me of an episode of “Seinfeld” where Kramer goes to work for a business company he has not trained for and refused to accept payment because he wants the “stability for his life.” Eventually, his boss calls him into his office and talks to him about his performance and tells him the following: “I don’t know what this is supposed to be, that’s what makes this so difficult.” All throughout this movie, I feel like that boss in that episode; I don’t know what this movie is supposed to be, I don’t even see how it would get better even if Darren Aronofsky spent weeks and months trying to fix it…this doesn’t even really feel like a movie.

Overall, “Mother!” is an uh…it’s Um…I don’t even know anymore. Maybe I don’t get art, perhaps I don’t get Aronofsky’s work, or maybe this is just a massive dumpster fire of nonsense that only the director can make any sense out of (if there is any sense to be made). I don’t know what to make of this movie, I don’t know who it was intended for, and I don’t know a single person who could honestly tell me anything in here made logical sense or is worth paying $20 to see in theaters. If this is truly what it means to see a director’s vision that I’m calling blind man’s bluff and recommend Darren Aronofsky take off the fish eye lens and get some thicker glasses.