The Verdict On I Am Not Your Negro: Is It Worth Your Time And Money?? 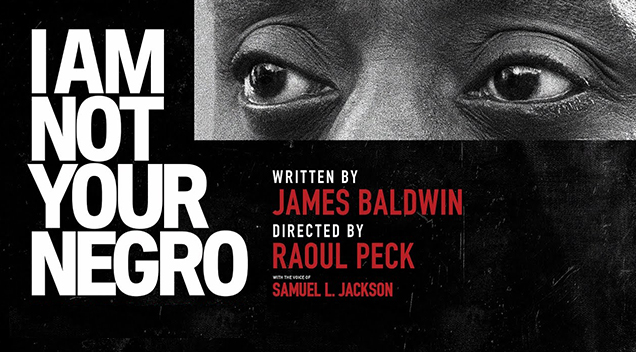 Compelling would be an understatement when it comes to describing “I Am Not Your Negro,” directed by Raoul Peck. Based on the unfinished manuscript, “Remember This House,” by James Baldwin, this incredibly thoughtful film essay which interweaves a mosaic of historical archives and modern day footage. With the soothing and mellow narration by Samuel L. Jackson, it tackles a galvanizing yet confronting subject matter of racism between the black and white people.

James Baldwin is the epitome of a controversial figure—he was an African-American, gay, essayist and social critic who is unapologetic about shedding light on the brutal racial segregation between the African-Americans and Caucasian -Americans. The 98-minute film essay opens with an archival footage of the Dick Cavett show where James Baldwin highlights the double standards of an opinionated black man and a white man. (One being hailed, one being crazy). It was Baldwin’s eccentricity and bold statements about race that made him a controversial figure. This underlying theme of racial relations is very much present in pivotal events such Baltimore Riots of 1968, the civil rights movement, the assassination of Martin Luther King Jr. and Malcolm X.

Peck’s compelling film essay approach veered away from the traditional documentary biopic, instead of relying on experts. The format gives a potency to the prophetic messages within “Remember the House.” An example of this is when Baldwin was talking about how America could have the first Black – American president if “you the white man feels like it” – accompanied by recent footage of Barack Obama’s inauguration in 2008—illuminating Baldwin’s words. It like as if “giving us a black president” will be the hallmark in ending racism between the white and black. However, that does not ring true as slowly descends to the anti-black sentiments that were surrounding the Ferguson riots in 2014. Almost saying, as if the racism has stopped and history is repeating itself.

As Peck who is known for his arthouse-style films, there was no surprise that he included film references of African-American movies which were popularised throughout Baldwin’s life—scenes like Dance Fools, Dance (1931), Imitation of (1934), Guess Who Is Coming To Dinner (1967). As Baldwin was an avid filmgoer, he noticed how Hollywood blatantly portrays African-American characters in their films to be subservient or stereotypical menacing threat which intentionally out to defile the white purity and innocence. Peck uses this critique of Baldwin’s to highlight deep-seated racism which surrounded Hollywood. There was a point in the film essay where there was a scene of an African-American and Caucasian-American man was handcuffed to one another. There was an apparent rivalry between the two. During the scene, the charismatic mellow of a voice of Samuel L. Jackson narrates the different motivations in which the black man and white man’s reason for their hatred for each other. It was an insight that might explain the catalyst which incites long-running rage between the two races—the whites’ hatred was rooted in terror and the fear of the unknown while the blacks’ is rooted in anger and frustration because there have been oppressed unfairly by the dominated race.

The scene slowly transitions to scene where the two men were running from the train, and there was a slim possibility in which white character couldn’t jump on the train. So something magical happened – the black man jumped off! There was a controversy brewing amongst the reaction of the white audience and the black audience; one being relieved and one being outrage. The scene was a metaphor that represents the unbalanced power dynamic between the two races; the oppressed and the oppressor.

“I Am Not Your Negro” is undoubtedly art. It is a dramatic restructuring of a documentary that ought to be re-watched for many generations to come. The film essay reintroduced the eccentric thinker, James Baldwin to the new generation and humanized his bold messages about race, as the voice of reason to the modern day America.