The Verdict On The Man Who Invented Christmas: Is It Worth Your Time And Money?? 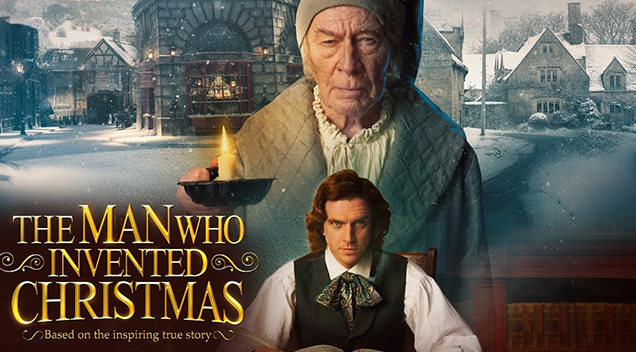 “A Christmas Carol” by Charles Dickens is a kind of tale that you would like to share amongst a group of bright-eyed children near a crackling fireplace and a Christmas spruce. There is something about this Charles Dickens classic that encapsulates the warmth and joy of Christmas. Based on the same book title “The Man Who Invented Christmas,” by Les Standiford, the film is vivid re-invention of a classic novel where it ventures to the imaginative mind of Charles Dickens.

The premise of the story is semi-biographical and focused on the period in which Charles Dickens was suffering from writer’s block and his last three books as it was a complete failure. Set out to revive his career and keep his family afloat, the film takes us through the magical process of creating “A Christmas Carol” which he wrote in six stress-inducing weeks.

Dickens who was played by TV’s Downtown Abbey, Dan Steven who gave a tremendous performance in the film as he articulates every possible mannerism that the real Charles Dickens probably did in his lifetime. Dickens is known for his vivid imagination, his obsession to detail and storytelling. He overthinks a lot and is very particular in descriptions of his characters and his story premise. They say regarding writing, most writers write what they know— and that rings true as “A Christmas Carol” slowly reveals to be a  manifestation of his past which he was unable to confront throughout his life.

The film creatively structures the parallels between Charles Dickens’ past and the events of A Christmas Carol by conjuring mental manifestations of his characters who surround his workspace, follows him around and seemingly co-operates with them in guiding him along in finishing his yet to be classic novel. It’s rather an amusing homage to his active, vivid imagination as he is known to “make a whole world alive” with his words. Ebenezer Scrooge, who characterized as the cold-hearted, selfish and money hungry miser who declared Christmas “Bah Humbug” draws uncanny parallels to  Dickens own father who became bankrupt which lead to his family being drastically poor.

The central question that has been asked like an overused clique is “Can a cold-hearted and grouchy person like Mr. Scrooge change and do some good in the world?” Dickens at first was hesitating as “it is the way he is.” However, when he read it his maid, Tara – a bright little girl who loves his writings, she protests that Scrooge is not all evil, rather, he should do something to save Tiny Tim from dying. The parallels began to converge when the Scrooge and his father wanted to right his wrongs and eventually be on the road to redemption. (He finally realized that his father all those years has been guilt-ridden about his misdeeds, but put on a façade to hide his internal struggles.)

The Man Who Invented Christmas is a refreshing take on a classic novella which heralded as the poster child of the holiday season. Showered with charm, wit, and homages to Christmas, it a film that you would want to enjoy with your friends and family!