The Verdict On Kingsmen “The Golden Circle”: Is It Worth Your Time And Money?? 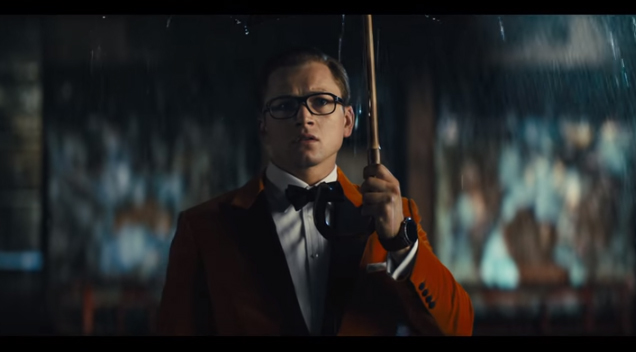 Most people loved the surreal mix of satire and James Bond-esque action insanity with Matthew Vaughn’s original “Kingsmen” back in 2014. I was not one of them. I felt the movie was too silly to be taken seriously and too serious to pull off being silly, neither angle worked, and it ended up on my worst movies of 2014 list. However, despite my disdain for the first “Kingsmen” film, I couldn’t deny the inviting appeal of the second film’s very well crafted trailer. I was hoping the sequel could turn things around for me and maybe succeed where the other movie failed. While I wasn’t sure what I was expecting from a movie series/sequel like this, one thing is certain…there was NO WAY IN HELL I could have ever imagined a movie like…this.

A new criminal syndicate called “The Golden Circle” emerges; being run by eccentric, yet powerful drug supplier Poppy (Julianne Moore). She wipes out the Kingsmen headquarters, killing all agents except Eggsy (Taron Egerton) and Merlin (Mark Strong). They make their way to the Statesmen, their American counterparts and must work together for the first time to stop this new threat and avenge the lives of the fallen Kingsmen and save the world…again. The first “Kingsmen” didn’t take itself that seriously, but it never went too off the border in terms of escalating ridiculousness. “Golden Circle” however felt that things didn’t need just to escalate; they needed to get downright cartoonish.

This wasn’t a movie; this was a glorified Saturday morning cartoon in R rated, live-action form; a jacked up gag explosion that didn’t even try making sense at any point whatsoever. I can’t even tell someone the kind of crazy crap that took place in this movie without sounding like an idiot. This movie unloads every kind of absurdity imaginable and the lunacy of everything that’s going on makes it impossible to see what this movie was going for because it certainly doesn’t feel like the same breed of animal as the first film. From robot sentry dogs, electric lassos, resurrection brain gels and buildings shaped like whiskey bottles, this feels more like a deranged episode of “Inspector Gadget” than any kind of comprehensible sequel to an already disjointed and fractured spy movie.

The cast’s performances range from adequate, to half-assed to somewhat trying. Egerton is about the same as before, not awful but nothing special either. Julianne Moore is clearly having fun with this role. She’s an amusing villain, but by the end of the film, all of her evil eccentricities just come off as trivial and unimpressive. Channing Tatum’s Tequila LOOKED like he was going to be the scene-stealing star of the show…until he gets sidelined for 90% of the movie and makes his involvement the epitome of wasted potential. Jeff Bridges sounds and looks like he’s asleep half the time and Colin Firth’s return doesn’t feel half as special or impactful as it should.

The only real commendable stars are Mark Strong as Merlin; performing a brilliantly crafted musical sequence towards the finale, and the funniest Elton John cameo you will ever see. The rest of the movie is just cartoonish noise; hyped up nonsense that makes the most absurd James Bond film look Amish by comparison. Worst of all, everything that was actually good in the first movie is literally blasted off the face of the Earth within the first half hour. Most of the original cast and locations are killed off leaving only Firth and Egerton as the only returning characters from before. It’s like “Golden Circle” took the insufferably, stupid decision to kill off most of its cast from “G.I. Joe: Retaliation’s” plot, then took all of the ridiculous gadgets and cartoonish escapades from “G.I. Joe: Rise of Cobra” and stuffed it all into one big meat grinder.

Overall, “Kingsmen: The Golden Circle” is crazier, wackier and visually entertaining than the first film…but ultimately it ends up sucking even worse than the first one did for those same entertaining visuals. Just because this movie’s nuttiness was more consistent than the first film’s approach; doesn’t mean it’s an improvement. This wasn’t boring, but neither was it worth seeing in theaters either. Aside from an excellent performance from Mark Strong and a hilarious cameo by Elton John, this just doesn’t work; not for non-Kingsmen fans and certainly not for actual Kingsmen fans. This is a glorified, R rated cartoon with a flashed fried IQ and did whatever it wanted thinking people would chew it up without spitting it out. Neither film works for me and hopefully this crazy train crashes and burns so I can’t be tricked into wasting money on a disappointing third entry.