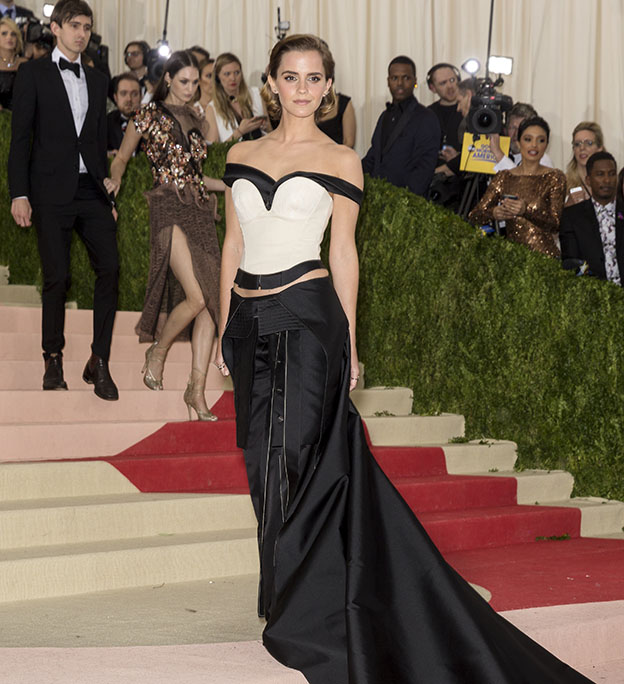 Like many other women out there, I had no idea where my clothes came from, how they’re made and what actually went into creating them. It wasn’t until the hoopla that surrounded Emma Watson’s choice of dress at the 2016 Met Gala that my interest was piqued, and I looked into this rising phenomenon called: sustainable fashion.

And what I found out actually had me looking at my closet in shame. Buying clothes nowadays is no longer limited to us actually going to a store to purchase them. A big percentage of women now buy them online as well. This shift in buying habits as well as the emergence of fast fashion (the process of making clothes faster, cheaper and generally of poorer quality) has resulted in changes all along the fashion supply chain causing alarming levels of damage to our environment.

Would it shock you to know that the fashion industry is one of the world’s leading culprits in environmental pollution? Well, it’s true and it shocked the hell out of me! Let me point out how. Lucy Siegle (British journalist, author and writer on environmental issues) writes: “According to fashion theory, there are 101 stages in the supply chain, the first being ‘designer attends fabric show’ and the last, ‘order ready for shipment.’” 101 steps?! And then there’s the distribution where the merchandise is packed into cargo ships or airplanes, stored in warehouses and delivered to stores or people’s homes. Each of those steps leaves an impact on the environment. Ready for the scary statistics? Most textiles we throw out (despite textiles being considered almost 100 percent reusable or recyclable) end up in landfill – from 1 million tonnes in the UK to 26 million tonnes in China. It is estimated that the global textile industry uses 378 billion liters of water each year. In a 2011 report, the World Bank estimates “that textile dyeing and treatment contributes up to 17-20 percent of total industrial water pollution…” Fibre production demands approximately 132 million tonnes of coal and between 6-9 trillion (!!) liters of water and a lot of that fibre is synthetic and made from petrol, a non-renewable natural resource. An estimated 8,000 different chemicals are used by different factories around the world to turn raw materials into textiles and many of these are released into freshwater systems. According to a WWF 2013 report, “the cultivation of cotton relies on heavy consumption of freshwater and it can take around 2,700 liters of water to make the cotton needed to produce one single t-shirt.” Conventionally grown cotton uses 10% of total pesticide use worldwide (worth $2.6 billion USD every year!) and nearly 25% of insecticide use worldwide. Not to mention the amount of fossil fuels used by the transportation industry to distribute these clothes and textiles leading to environmental pollution.

Reading these facts had me looking at my clothes in a totally different light. And the statistics above only relate to the environmental effects – I didn’t even go into the human cost of actually making the clothes! The numbers are mind-boggling and even more so when I realized that my closet would actually be multiplied by billions of women around the world. That’s a lot of clothes!!

It is no wonder then that as awareness of climate change increases, so does the awareness of the environmental impact of the fashion industry. The battle is being fought on two fronts. One, is improving the supply chain – where and how the clothes are being made, the practices used in making them and the actual materials used. And the second front is with the consumer – changing the throwaway mentality into one where we choose more wisely, own less clothes made of higher quality materials that last you much longer. Even how the consumer cares for their clothes (washing, ironing, dry cleaning) is examined.

On the first front, it is the designers who are in charge. While Emma Watson’s Calvin Klein ensemble may have grabbed the most headlines that night (Watson’s dress was made from Newlife fabric – a unique yarn engineered and processed in Italy from used plastic bottles – zippers made from recycled plastic and a bustier made of organic cotton. Emma plans to reuse every element of her dress, the pants, the bustier and the train, with different outfits), Oscar winner, Lupita Nyong’o and Australian actress, Margot Robbie also wore outfits with sustainability in mind. Both ladies also wore Calvin Klein with Nyong’o wearing a jade sequin dress made entirely on US soil while Robbie’s white strapless gown was made from silk fabric woven in Italy, lined in organic silk and featured zippers made from recycled materials. Calvin Klein joins an ever-growing list of high-profile designers which include Stella McCartney, Prada, Gucci and Victoria Beckham in becoming advocates for sustainable fashion. Big name brands such as Patagonia, Levi’s and Nike have both launched initiatives to improve the sustainability of their supply chain – from using less water to eliminating the use of PFC’s, the chemical that makes material breathable and stain-resistant. Music mega-producer, Pharrell Williams has partnered with G-Star Raw “to create a range made from yarn spun out of cotton and shredded plastic sieved from ocean trash…” Major retail store H&M has pledged to use nothing but organic or recycled cotton in its clothes by 2020. Already, they are the biggest user of organic cotton in the world.

The second front is a little trickier to manage. With the 2008 market crash well behind a lot of consumers, the impetus to spend is harder to ignore and then couple that with the rise of the ease of online shopping, the throwaway mentality is the fashion industry’s Achilles heel. Discovering these facts and I, for one, will be looking at each fashion buy a little more closely.