The Verdict On The Foreigner: Is It Worth Your Time And Money?? 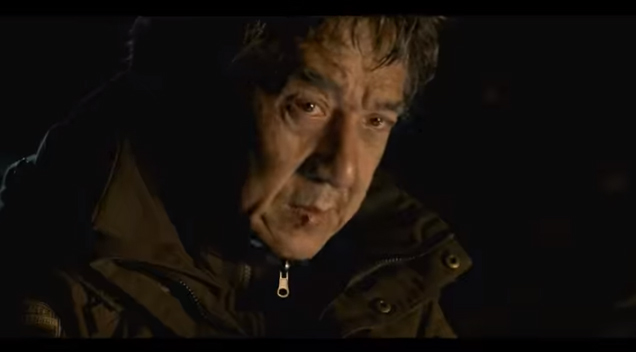 When you think Jackie Chan, dark, dramatic and serious are not the words that typically come to mind. Known for performing his own martial arts stunts in comedic action films like the “Rush Hour” trilogy, Jackie Chan has never been one to be taken too seriously; both in real life and in his films. Upon seeing the trailer for “The Foreigner”, I was greatly intrigued to see the action star taking on such a dark, more intense role than he’s ever done before. The closest he’s ever done something similar to this was in the remake of “The Karate Kid” with Jayden Smith. Though still promising some expected bad ass fight sequences in the trailer, it is a welcomed and interesting change that I didn’t realize I was looking for until I gave this movie a watch.

When a humble businessman (Jackie Chan), loses his only living daughter in a deadly terrorist attack, he seeks vengeance and seeks any information that could lead him to the bombers who killed his daughter. Quan comes across a British government agent named Hennessy (Pierce Brosnan) who used to work for the Bombers organization, the IRA. Now, Quan is mounting an unyielding assault against Hennessy, escalating retaliation and conflict as this terrorist attack stretches farther and deeper than it appears to be. Let me start off by saying that I hope this is the beginning of a long and prolific career in drama for Jackie Chan, like how Liam Neeson became Hollywood’s most distinguished new action star after starring in “Taken.”

This is a far cry from another “Rush Hour” movie. The action is more intense and less comical, there’s virtually no comedy and the plot is ripe with political intrigue, conspiracies, and twist after twist after twist. In a weird way, the film is more about the evolving political conspiracy between the government officials and the terrorist bombers than the grieving father’s search for vengeance. I can’t say the death wish story becomes an afterthought as the film progresses, but the story definitely takes itself to far higher and more complicated heights than I was expecting. This reminded me a lot of the film “American Assassin” starring Michael Keaton that was released earlier this year.

The two threads don’t seem like they’d mix but I felt they blended pretty well together and everything did ultimately tie back to the primary focus from the beginning: Quan getting justice for his murdered child; just turned out to involve a lot more than I think anyone (in the movie or out of the movie) expected. As I said before, Jackie Chan has a natural talent for dramatic roles and this character of the grieving/avenging father is one of the best roles he’s done in many years and many films. He says so much by saying very little. Chan conveys a world of depth in his facial reactions, even just sitting alone in his daughter’s room or when he’s driving his daughter to the store that will eventually be destroyed and take her life; it’s an amazingly powerful performance that really leaves an impact on you.

I must admit, I didn’t realize Brosnan was Irish; I guess I got so used to his English accent in his “Bond” film days that I assumed he was English. That being said, I’m not expert on Irish accents or if this is convincing, or forced or if it sounds different than I expected with his age but it was definitely a different side of the actor I hadn’t really seen before; though not in the same intense reversal as with Chan. While the story certainly kept me highly engaged; uncovering more and more shocking secrets that never failed to disappoint, the supporting cast fails to stick. No one really stands out, no one feels memorable or compares even in the slightest to the film’s two-star name heavy hitters.

Those expecting this to be an action-packed, vengeance seeker like “Taken” will no doubt be vividly disappointed. Far more attention goes to the conspiracy storyline than the action. This is a very different turn for Jackie Chan and both he and that fact stand out most noticeably for this film’s sake. The plot is supremely complicated and keeps changing and growing as each minute passes. “The Foreigner” may not serve the same function or purpose everyone is going to see it for, but I feel it’s an experimental vehicle worth riding in and a unique experience for those seeking a different brand of Jackie Chan entertainment. It’s no “Taken”, but it’s something I feel needs to be seen all the same.