It’s Official: A Tongan Mezzo Soprano Singer Is About To Take Sydney By Storm! 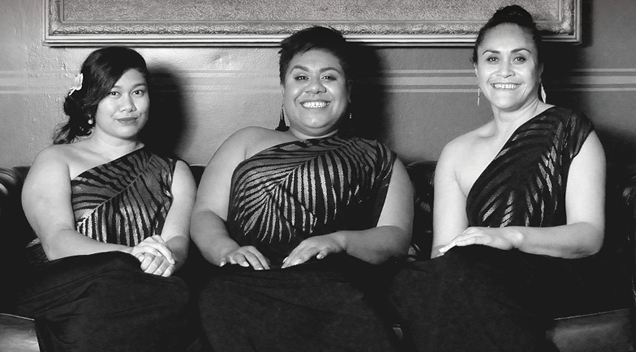 Oceania Woman initially stemmed from the Pacific Women’s Celebrate Brilliance breakfast earlier this year. Its main aim is to connect and share the unique gifts and talents of Pacific women as well as empower and create new opportunities for Pacific women.

Oceania Woman Opera will be a trip down memory lane for a number of music lovers as an extraordinary repertoire of popular classical music awaits them on the night. The show will be directed by none other than the internationally acclaimed Maestro Tuilagi Igelese Ete, who happens to be the Choirmaster and Pacific musical consultant for Disney’s Moana and Sir Peter Jackson’s Epic Lord of the Rings – The Fellowship of the Ring. The performances will be choreographed by Letila Mitchell and her renowned troupe Rako Pasefika. Rako Pasefika is a Fiji based group encompassing traditional Rotuman, Polynesian and Melanesian dance – they’ll be rediscovering Myths and Legends on the night through movement and music. 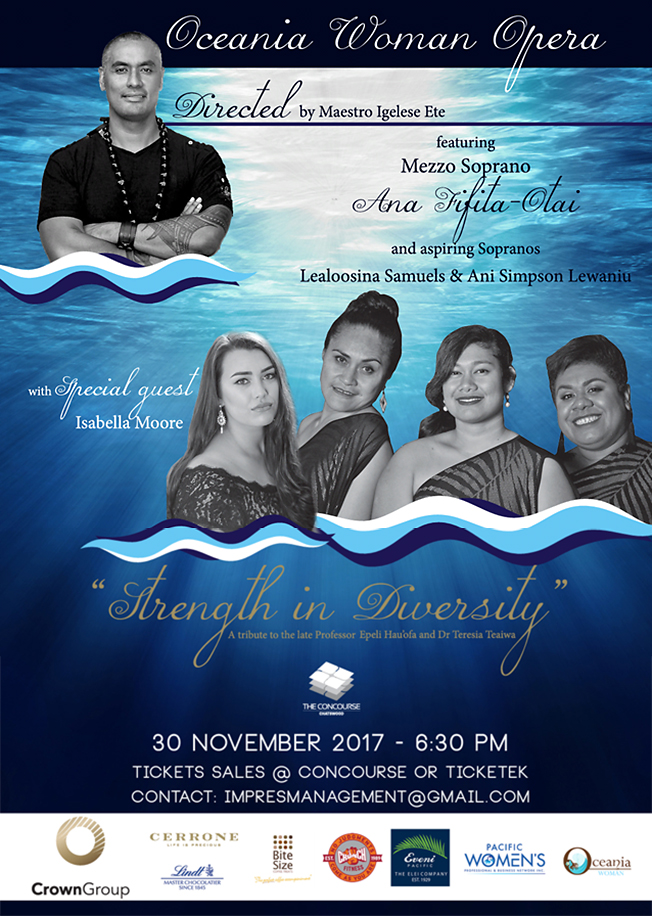 The audience on the night will be treated to a heart-rending piece of music created by the legendary Tuilagi Igelese Ete which is bound to speak volumes on the power of Pacific Women. It’s also a poignant tribute to the late Professor Epeli Hau’ofa and the late Dr. Teresia Teaiwa who embraced strength in diversity and the oneness of Pasifika people. The lyrics, which have been co-written by Maestro Tuilagi Igelese Ete and Donina Va’a, have enormously been inspired by the works of Professor Epeli Hau’ofa, Dr. Teresia Teaiwa. 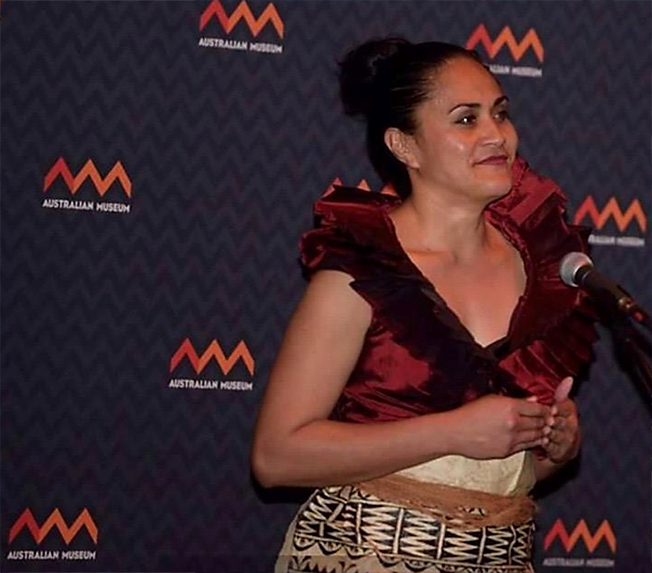 The Oceania Woman trio will be led by the amazing Mezzo-soprano Ana Fifita-Otai, who is the niece of the late Professor Epeli Hau’ofa – she’ll also pay tribute to the memory of the late Professor Futa Helu who was another brilliant Tongan philosopher, historian, and educator. Ms. Fifita-Otai believes that the two distinguished Professors will be sitting front row at the Chatswood Concourse on the evening of the 30th November.

Exposed to the Arts from a young age at the ‘Atenisi Foundation for Performing Arts,’ Tongan born and raised Mezzo Soprano Ana Fifita-Otai graduated from the Sydney Conservatorium of Music in Opera Stagecraft and Voice. Her Opera work includes performances of Carmen from the opera Carmen by Bizet and Donna Elvira from Le Nozze di Figaro by Mozart as well as Masterclasses with Maestro Cillario, Richard Bonynge, Christopher Hogwood and Johannes Fritz.

Aspiring sopranos, Samoan-Fijian Lealoosina Va’a-Samuels and Pasifika Voices artist Ani Lewaniu from Fiji will be joining Ana Fifita-Otai on the night forming the Oceania Woman Trio 2017. Australian indigenous songstress Georgia Hall and the powerful New Zealand born, San Francisco based Songstress, Ms. Isabella Moore will also be joining as a guest artist on the evening because she too, believes in the vision.

Guests on the night will be welcomed in exuberant island style and will be given exclusive access to the Pre-Show ShopYourHeartOut Boutique with some of the finest Pacific designers including Sydney based Tongan brand Vina Couture and a few others. Vina Couture is the brainchild of emerging designer Polovina Funaki who is a Queen Salote College Ex-student based in Sydney.

The proceeds from this Production will go towards building the Pacific Women’s Professional Business Network Inc Women’s Scholarship so don’t miss this highly anticipated event proudly brought to you by the Crown Group. 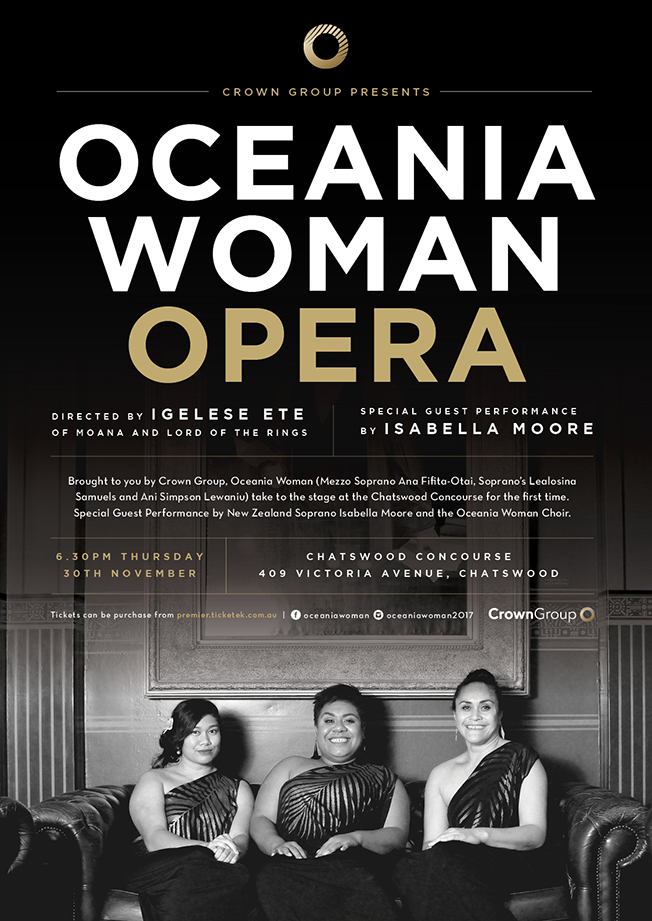