Brace Yourself, Australia: Five Oceania Sopranos Are Set To Hit Sydney In 2 Weeks! 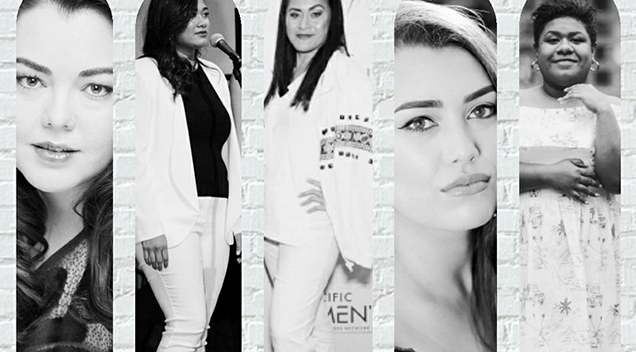 Once in a while, the stars align and when they do, magic happens. And on November 30, 2017, at the Chatswood Concourse, such magic will be on full display in the form of ‘Oceania Woman Opera’ – a celebration of the beauty, talent and the unique allure of the Oceania woman.

A moment of inspiration spurred project director, Donina Va’a to mastermind a night that not only showcased the amazing talent of the Oceania people but also to create an opportunity to empower others. Thus, ‘Oceania Woman Opera’ was born.

‘Oceania Woman Opera’, directed by internationally acclaimed Maestro Tuilagi Igelese Ete (choirmaster for Disney’s ‘Moana’ and for Sir Peter Jackson’s ‘Lord of the Rings’ trilogy) aims to shine a spotlight on the width and breadth of talent that exists among the Pacific island nations. Leading the way will be a dynamic trio featuring Tongan Mezzo-soprano, Ana Fifita-Otai(a graduate of the Sydney Conservatorium of Music) and joining her are aspiring sopranos, Samoan/Fijian Lealosina Samuels and Ani Lewaniu, a student of the University of the South Pacific Fiji and a member of the Pasefika Voices. Also being featured that night is Isabella Moore. The extremely talented, award-winning New Zealand-born soprano will be flying in from her base in San Francisco not only to perform but to support the vision behind ‘Oceania Woman’ – to share one’s talents and to inspire and empower others. 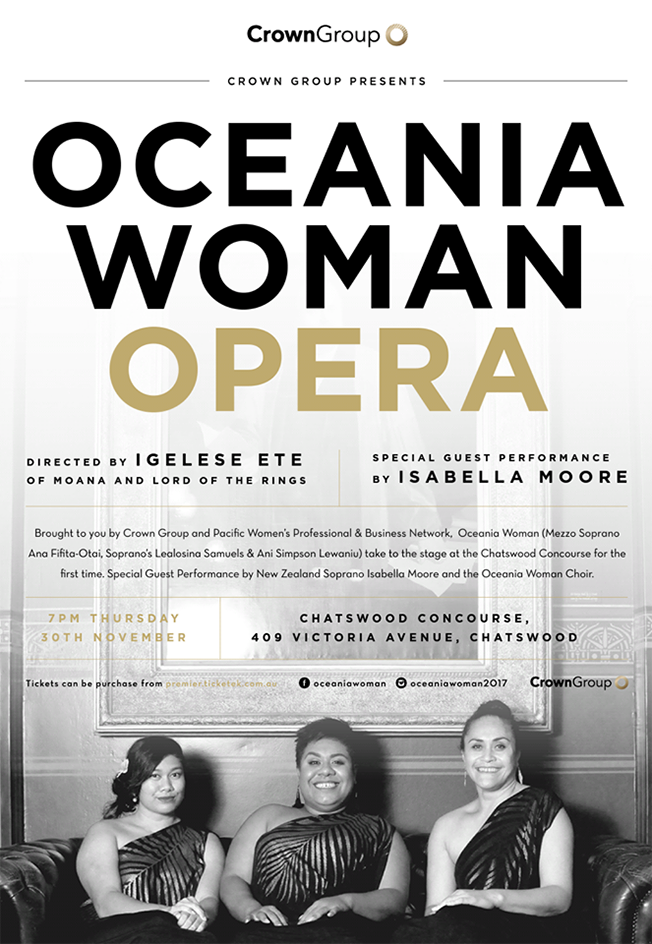 Opening the night is the accomplished soprano, Georgia Hall(recent winner of the Harold Blair Opera Scholarship), an Aboriginal Australian classical and opera specialist from Newcastle, Australia. Her soaring, melodious tones will usher in performances that pay tribute to two Pacific giants of academia – the late Professor Epeli Hau’ofa and the late Dr. Teresia Teaiwa – including one created by Tuilagi Igelese Ete. The heartrending piece of music (with lyrics co-written by Ete and Donina Va’a) about the power of connecting Oceania women, was inspired by the vision and works of these two individuals who were passionate about the strength in the diversity of the Pasifika people.

Encompassing the second half of the night will be the incredible production titled: ‘Oceania Is Us’, directed by Maestro Tuilagi Igelese Ete. Choreographed by Letila Mitchell (currently the production coordinator for the 2018 Commonwealth Games Opening and Closing Ceremonies) and performed by her renowned troupe, ‘Rako Pasefika’. ‘Rako Pasefika’, based in Fiji, brings to life myths and legends through movement and music, and stages traditional Rotuman, Polynesian and Melanesian dance.

Brought to life with the help of the Crown Group and Cerrone Jewellery, ‘Oceania Woman Opera’ will undoubtedly be an experience one will not easily forget. Proceeds from the night will build the scholarship fund for the non-profit organization, Pacific Women’s Professional Business Network. 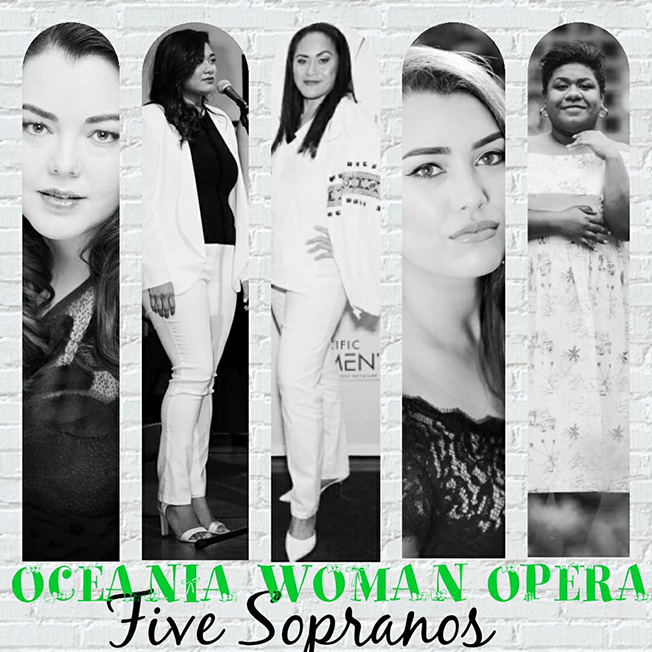