The Verdict On Netflix’s Babysitter: Is It Worth Your Time?? 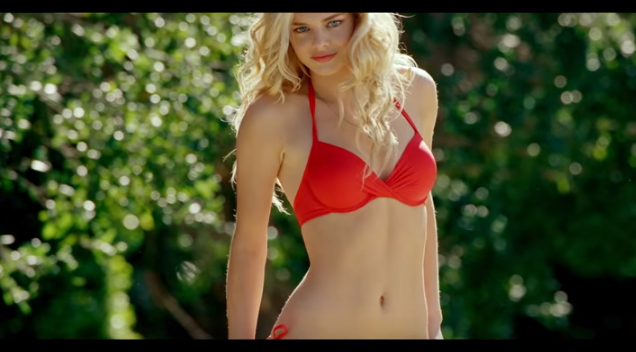 Blending horror and comedy can be quite the tricky feat. If pulled off correctly, it creates an oddly brilliant mix of black comedy that surprisingly goes well together, but if not, it can make a movie feel inappropriately out of tone and lead to an ultimately disappointing experience. Netflix’s original movie “The Babysitter” feels like one part “Home Alone” and two parts “Scream” with a little bit of “The Babysitter’s club” thrown in for the Hell of it. It’s a weird mix but one I feel accurately represents the darkly comedic edge this movie was going for. I wasn’t sure what to expect with this film, as most of my Netflix original film experiences have been hit or miss. Still, my interest was peeked and I’m curious to see where this wild night takes me.

Cole (Judah Lewis) is a frequent target for bullies and has no one in his corner, except for his insanely hot and likable babysitter Bee (Samara Weaving). After staying up past his bedtime one night, he learns Bee and her friends are devil worshippers and they just killed someone for a ritual. Cole has to survive the night and Bee and her friends coming after him to kill him before he spills what he saw to anyone else. First thing I liked about this movie right away was the dynamic between Bee and Cole. He wasn’t just another hormone driven boy who liked her just because she’s hot; we get to see a real deep, meaningful relationship form between the two and properly develop the nature of their chemistry and mixing personalities.

These two feel like a plausible pair that I could see getting along, they felt real and highly entertaining to watch. The film wisely keeps the humor flowing regularly; it never really slows down and always manages to break the tension of the more horror based elements of the story. It’s a simple enough plot that has fun at its own expense and still presents a dangerous threat that keeps things interesting for Cole; as well as the audience. Cole is a much more likable and interesting character compared to say the likes of Kevin McAllister. He makes realistic, rational choices in the face of danger and never feels like a dumb kid who gets routinely talked down to by other adults. I love his attitude and his drive towards not taking this whole “invasion thing” lightly at all.

Once the cat was out of the bag, Cole started running and he never stopped thinking up new ways to deal with these crazed teenagers. There’s a legitimate reason for every decision he makes and it helps him grow into something more than some scared witless kid. Cole fights back, using his brains and wit to deal with the teenagers with hilarious results. It’s great to see a compelling horror film that doesn’t make you angry enough to bark about how stupid the main character is being; enjoying a competent (and a child no less) and clear thinking leader that proves not all kid actors fail at an early age. Even the gore utilized here comes off as more campy and enjoyable than dark and brooding in solitary.

The easy breakout star here is the hilariously enjoyable Robbie Amell, he took what could have been a cliché roll and turned it into something wildly different and even more amusing. Amell’s pension for straight up murder and constantly exposing his shirtless physique make him the most memorable character; no doubt about it. “The Babysitter” is one of the few films that successfully blends its darker sense of humor with the plot of a very unusual horror movie. Things never got too boring or went too far; far as the gore and nudity went that is. The more Cole got to know these people, the more creative he got with dispatching the others through the craziest night of their lives.

My primary criticism comes from the fact that we don’t get to spend a lot of time with these other worshippers. The whole gang seems like a fun, likable bunch of people that just happen to sacrifice virgins to the devil for power. More could have been done with that and provided way more chances for development and humor. Overall, “The Babysitter” is a fun, highly enjoyable and recommended piece of comedy horror goodness. The cast is solid, the acting is a true joy to watch and I love the sharp sense of humor that wisely seems fresh in everyone’s minds. This is a great Netflix film that you should definitely give a try. I think like me, you’ll be pleasantly surprised at just how funny this film can be and after seeing it once, I’m already interested in seeing it again.