One On One With “Queen Sugar” Star Timon Kyle Durrett 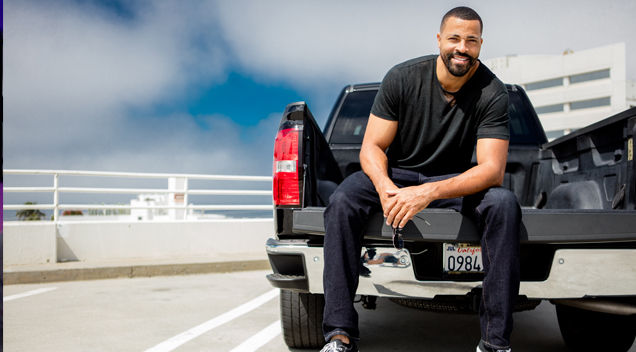 Timon Kyle Durrett is currently captivating audiences on the highly addictive drama series “Queen Sugar,” he portrays ‘Davis West,’ a successful professional basketball player and husband of ‘Charley Bordelon West’ (Daen-Lyen Gardner) who finds himself troubled when they move to Louisiana. Based on the novel by Natalie Baszile, “Queen Sugar” follows the life of two sisters, Nova Bordelon (Rutina Wesley), the formidable journalist and activist from New Orleans, and Charley Bordelon West (Daen-Lyen Gardner), a modern woman, who with her husband (Durrett) and teenage son ‘Micah West,’ move to the heart of Louisiana to claim an inheritance from their recently departed father – an 800-acre sugarcane farm.

We recently caught up with Timon Kyle Durrett courtesy of the Anderson Group and here’s what went down:

The kind of person that understands what it feels like to live through the social repercussions of a very bad decision. A person who has no choice but to be humble and “humbled.”

How is this character like you? How is he different?

Davis and I have made mistakes, poor choices, wrong moves, etc. I’ve been vilified and scorned for things I’ve done – so has Davis, but just on a much larger scale. We both know what it’s like to stand and face the results of our actions, whatever they may be. 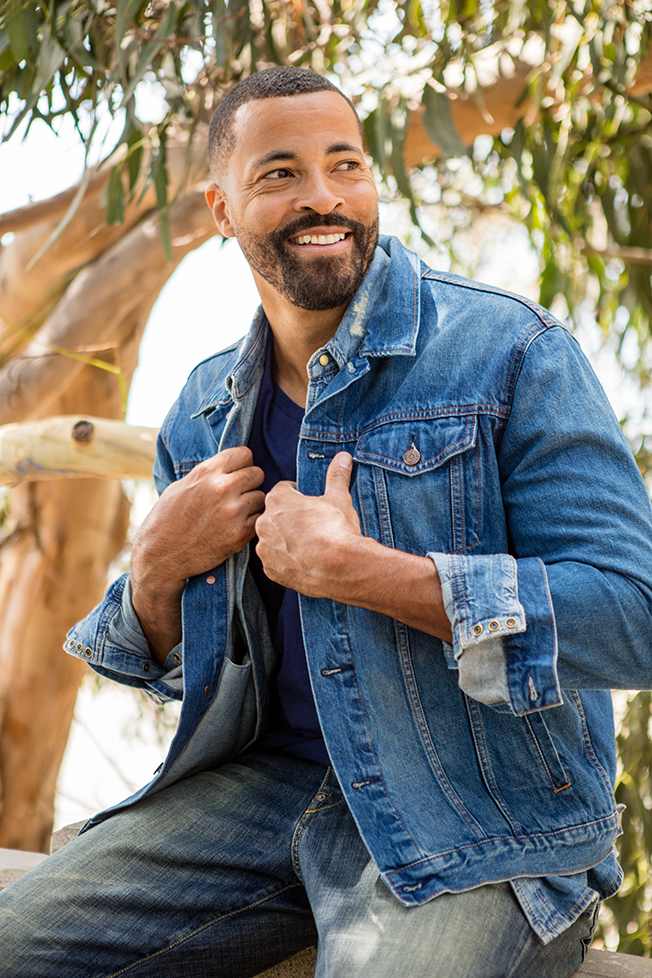 In my highly active mind, Davis has to be believable. Period. So the challenge therein is to make him so believable, that viewers won’t think twice about what he says or does. I want them to believe him the FIRST time.

To be frank, I can’t think of anyone off hand. It’s like when I saw Idris Elba in The Wire. After his performance transported me into that world, he was no longer Idris to me, he was Stringer Bell. I couldn’t, or didn’t want to, see anyone else in that role. I feel that’s what “Queen Sugar” has done with Davis West. He was already this entity, this being that I wanted to possess and flesh out, peeling back the deepest layers of this guy. And I think that’s what we’ve done.

Besides you, which actor in this production is going to blow people away?

Bianca Lawson. I love every character in this series, but there’s something about Darla’s strength and fragility that Bianca mixes and balances so well. Her performance moves me every single time. Brava, Bianca. Brava!!

A younger Prosper Denton. I’m an old soul. In fact, some of the cast call me “Old Man Timon.” Prosper’s grit, work ethic, and wisdom resonate with me. It just rings true. Henry Sanders, the great actor that he is, has seen to that. Which is why I said a younger version of him. I think it would be pretty tough to fill Mr Sanders’ shoes. 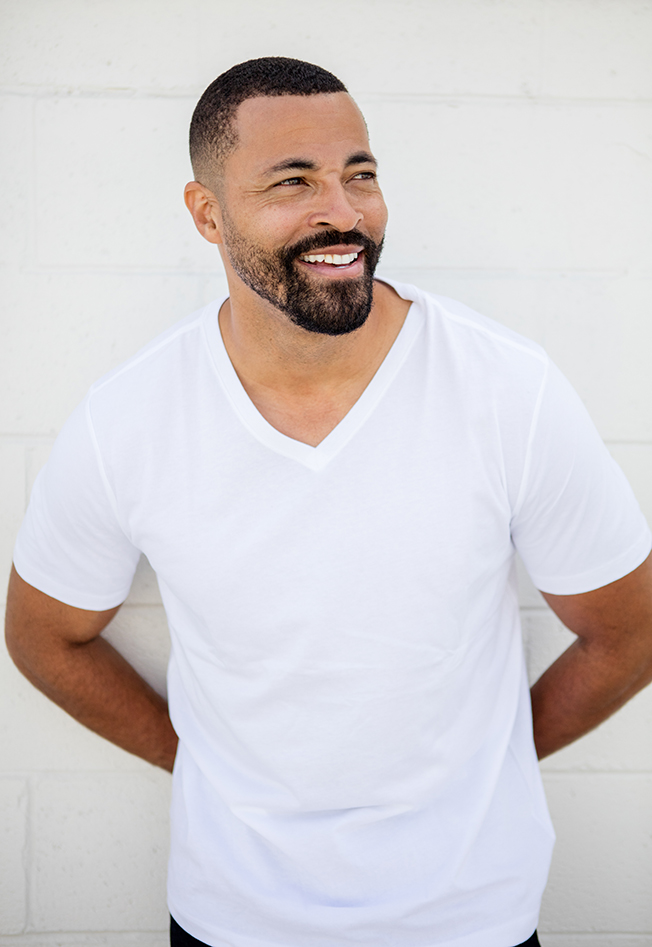 The first things that come to mind are when we (the cast) all walked out onto the main stage at this year’s (2017) Essence Fest. The crowd was so big and cheered so loud. I was literally caught off guard. The reception was explosive. It humbled me so much that I could only stare in amazement. I even caught myself holding this silly look on my face. I was simply amazed. To be a part of something that has had such a meaningful effect on so many people.

I had the honour of meeting Auntie Maxine Waters at the 2017 NAACP Image Awards. She was so gracious, yet powerful. Iyanla Vanzant is cool as ice cream. Tichina Arnold is a real joy to be around, very funny and sweet. I got to present an NAACP Theater Award with the great Louis Gosset, Jr. And of course, Ava DuVernay and Oprah Winfrey. What more can one say about that?

I’m guessing you’ve been in the entertainment industry for a few years now, what has been the most valuable lesson you’ve learned. This can be about the industry or about yourself. Or both!

One, I’ve learned that I have a lot more in my tank than I’d thought when I first started out. And my tank certainly grew and was galvanized along the way. But it took a lot for me to endure some of the lows that I’ve experienced, but I’m still here. I’m thankful for those valleys. They humbled and strengthened me. Two, never, never, never, ever give up on your dreams. Not EVER! Period!

Living and learning. Life has a way of making you take a seat until you’ve learned your lesson. I’ve taken a stadium worth of seats in my day, but I think I’m getting the hang of this macrocosm called life, and that’s helping me navigate this microcosm called entertainment.

I really want to do more films. Action, sci-fi, zombies, espionage thrillers, stuff like that. I love that gritty, exciting, frightening stuff. I’ve said it many times and I’ll say it again: I will be an action figure some day.

– Last good movie I’ve seen. I just saw a cool movie called The Survivalist. I get a kick out of stuff like that.

– What do you consider beautiful and why? Intelligence because it has a higher resonance and bridges far more gaps that beauty can.
– What haven’t you done yet that you wish you could? Touched the Pyramids of Giza.

– Complete this sentence: “If I had no fear, I’d…do my best to visit another planet.”

– What is the one “flaw” you wouldn’t change about yourself? My unrelenting necessity for neatness and cleanliness. In my atmosphere, everything has its place, and everything has to be clean. Not perfect, just neat and clean. 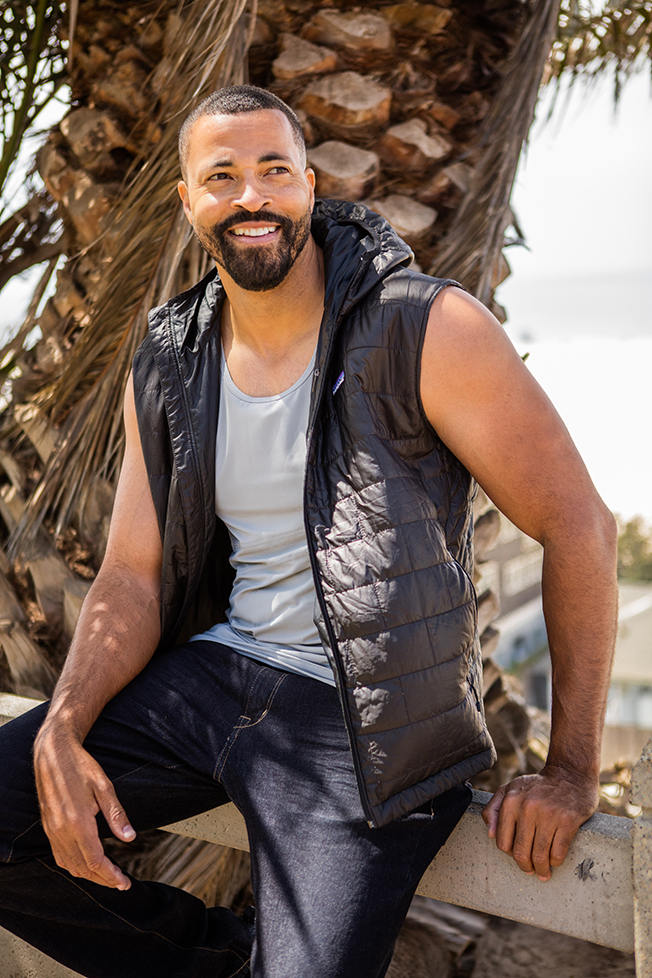