The Verdict On Star Wars: The Last Jedi: Is It Worth Your Time And Money?? 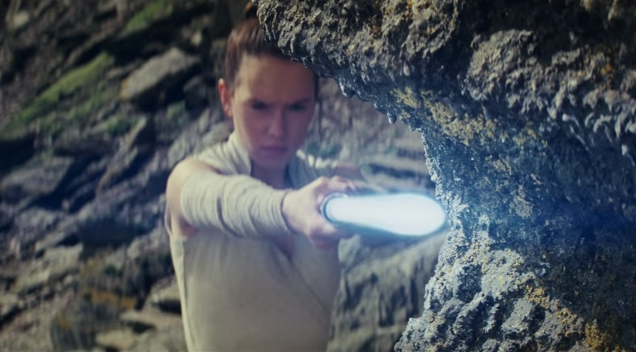 When it comes to franchises, sequels or continuations of any kind, most people value the original like it’s the most sacred of holy grails known to humanity. Ever since George Lucas released the much maligned “Star Wars” prequels, no one has felt that any new film could truly touch or match the quality of the original trilogy. “The Force Awakens” broke new ground but many fans still unreasonably griped that it copied too much of “A New Hope’s” template for its story foundation. If fans wanted change then they need to look no further than the latest episode entry” #8 “The Last Jedi.” Not since “The Empire Strikes Back” has a “Star Wars” movie been as bold, as daring and game changing as Brain Johnson’s (director of “Looper”) addition to the galaxy, far, far away.

Picking up minutes after episode 7, the First Order has the Resistance; lead by General Leia (Carrie Fisher), square in their sights and plans to finish them off once and for all. Meanwhile, Rey (Daisy Ridley) has finally found the legend himself; Luke Skywalker (Mark Hamil) and insist he trains her in the ways of the Jedi in order to battle against the likes of Kylo Ren (Adam Driver). Fin (John Boyega) is also back in action and leads a suicidal mission to disable the First Order’s deadliest weapon before it wipes out the dwindling remnants of the Resistance and there is no longer any hope against the evil that plagues the universe.

In a lot of ways, it’s quite difficult to write a review on this film without spoiling the bigger plot reveals because there are A LOT of shocking reveals in “The Last Jedi.” People wanted something different and we DEFINITELY got something different. “Last Jedi” takes everything we’ve known about these characters (both new and old), all the material “Force Awakens” establishes, knocks ALL of it off the table and reassembles it in a completely surprising new way. This is far more darker and diverse path that the franchise has never walked before; trying new things and exploring new concepts with the Force, the use of humor and the genuinely surprising revelations regarding Kylo Ren and Rey’s characters.

This film feels like it’s everyone’s story. While Rey and Ren are the primary focus, the juggling of so many plots with so many faces like Leia, Poe, Luke, Chewbacca, Snoke, new characters like Rose; it makes everyone feel like they’re all playing on the same chess board and no one is left out. By far the greatest addition and return comes from Mark Hamil. Being a dark, broken shell of a “hero” is a brilliant character arc for this iconic figure and it allows Hamil to explore new depths that even George Lucas wouldn’t have thought to explore with Skywalker. His journey with Rey brings interesting new growth; I loved their banter back and forth and simultaneous struggling with their own inner demons.

There are some great new additions that steal the scenery with little difficulty, like Benecio Del Toro and Laura Dern. I was impressed at how well the pacing worked considering there are much fewer star battles and light saber duels than previous films. The meat of this story relies on deeper development, establishing the next generation and putting the old one to rest; yet keeping them involved in a way that is respectful and relevant to the story. Unfortunately, this also reminds us what a tragic loss we’ve experienced with Carrie Fisher passing away. She commands power, humor and total class in every scene she’s in. Just like Hamil and Ford, her return is given the respect and gravitas one would naturally expect from such a classic, iconic star.

Fans and movie goers have wildly divided on this film; more so than any other “Star Wars” entry in the epic saga. You either love it completely for it taking new chances or despise it for changing so much. I personally have nothing but praise for this movie, so you can guess which category I fall into. Everything has been enhanced, improved and expanded on in every area of Star Wars lore and history. The characters go into far more complex places than imaginable. I adore what was done with Luke, Rey, Kylo Ren and where the series seems to be going to with this hopeful and cryptic ending/Segway into episode 9. Overall, “The Last Jedi” is one of the absolute best “Star Wars” the franchise has to offer. It will blow you away, drop your jaw and definitely turn some heads and all in the best, most exceptionally sensational way.