15 Mind-Blowing Facts About Fashion That Will Make You Say “Whaaaaaat??” 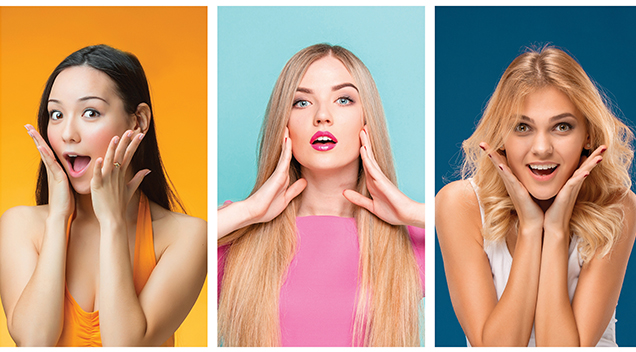 If architecture defines the way a civilization looks, fashion surely does tell a great deal about what kind of people are in a civilization. From the Greeks to the Romans, fashion has been quite a big part of life. It has developed over the centuries affecting both the way we look and live. Even today, fashion trends play a much greater role than we can imagine.

Fashion is simply everywhere: in our make-up, in our clothes, in our accessories and even in our bodies. Despite being all too “familiar” with fashion, there are so many things we do not know about it yet. Read through this little list of fashion trivia and see if you are indeed a fashion diva. Put a small check on the facts that you know and let’s see how you score.

□   Women are not allowed to publicly wear shorts until the 2nd World War.

□   The thong or the modern G-string was born in the city of New York.

□   The word “gymnasium” came from the word gymnos which naked in Ancient and even Modern Greek. This is because Greeks used to exercise naked.

□   In the year 1586, the first magazine about fashion was made in Germany.

□   Surprisingly, the term “Bikini” was named after an island which was called Bikini Atoll by Louis Reard. The island was where the US military used to test bombs. He believed the name was appropriate because such revealing clothing would surely shock someone like an atomic bomb.

□   Imelda Marcos, the First Lady of President Ferdinand Marcos of the Philippines, was a certified shoe addict. She had 2,700 pairs of different kinds of shoes when they were exiled in the year 1896.

□   A Chinese bride holds the record for having the longest wedding gown. Her wedding train measure 1.2 miles which needed 3 hours and 200 guests to unroll.

□   If you’re a man, your shirt buttons are on the right. If you’re a woman, it’s on the left.

□   T-shirt companies sell a total of more than 2 Billion shirts in a whole year.

□   During the Medieval times, the color of your clothes will determine what rank in the society you belong. Nobles wore red, brown and gray were for peasants, and green were worn by bankers, merchansts and gentry.

□   Purple clothes can only be worn by emperors or magistrates in Rome.

□   King Tutankhamon was the reason eyeliners became famous. They became famous when the king’s tomb was discovered.

□   In the past, wearing black is only accepted unless you are grieving. Grieving Victorian widows had to wear black for 2 years after the death of their husbands.

□   If you collect shoes, you are called a Sneakerhead. Imelda Marcos surely is one.

□   Colored teeth became such a fashion trend in Italy in 16th century.

Fashion may be all around us but it’s quite a shock how much we do not know about it. Learn more about the history of the clothes you’re wearing and be amazed. Surely, there are more fashion facts that will shock you.