The Verdict On Mary And The Witch’s Flower: Is It Worth Your Time And Money?? 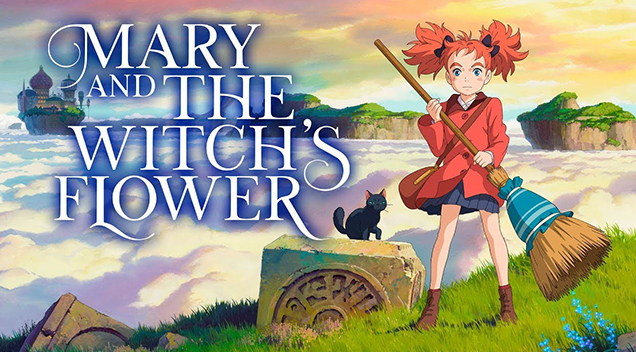 Mary and the Witch’s Flower is a Japanese anime fantasy film directed by Hiromasa Yoneyashi and produced by Studio Ponoc. The film is based on Mary Stewart’s novel; The Little Broomstick.

Mary is a young girl who has been shipped off to live with her Great Aunt Charlotte in a little country town. School is still off for the summer and she is yet to find any friends or even young children to play with. While having a little picnic with herself near the woods, she spots a little cat and curious to see where it will lead her, Mary follows. She thinks that she is losing her mind as the cat begins to change colour from grey to black until she finds behind a log, that it was indeed two cats, not one. She also discovers an old broomstick. Mary realizes after her findings that she has followed these cats deep into the forest and sees something beautiful near the bushes. Blue, sparkling flowers that look like sapphires from afar. She picks a petal and the flower leaks onto her little hands. Something amazing begins to happen like she has been strike with supernatural energy. She held the abandoned broomstick and before she can run back home, the little broomstick begins to gain some sort of power which sparked life within the object. Mary is then flown to a magical school where she is appreciated and loved even though she is not a witch at all. She then undergoes a journey that was set in the stars for her to accomplish what her Great Aunt couldn’t finish. Throughout the adventure, she discovers horrendous experiments, where she uses her newly proclaimed power to help undo the awful and dangerous deeds of these insane beings.

When you think Anime, you usually associate it with gaming or teenage angst type of storylines. It was refreshing to witness a storyline that not only surpassed my expectations but also genuine hero stereotypes. The protagonist was not only a young child but also a female. Mary was depicted well throughout the entire film, she was brave, kind, perseverant and willing. These are excellent traits for any young child to look up to, especially whilst watching a film. Although Mary and the Witch’s Flower is a film targeted for younger audiences, adults who still have a soft spot in the realm of fantasy may still find this both comedic and enjoyable. The selected cast where perfect for each of the characters and the script was flawless. I do believe that it did lack a little development at the beginning as there was too much of a focus on Mary’s ‘boredom’ that the audience was beginning to feel bored themselves. (Unless of course, that is what Director Yoneyashi was aiming to achieve, then bravo!) Although the film had a slow start, it escalated well, smoothly and ended with me catching myself and fellow audience members with a smile on our faces. It’s a sweet, endearing and overall successful storyline. Well done Director Hiromasa Yoneyashi, Producers Studio Ponoc and Madman Entertainment. I wish you all the best at the box offices!