The Verdict On Insidious: The Last Key – Is It Worth Your Time And Money?? 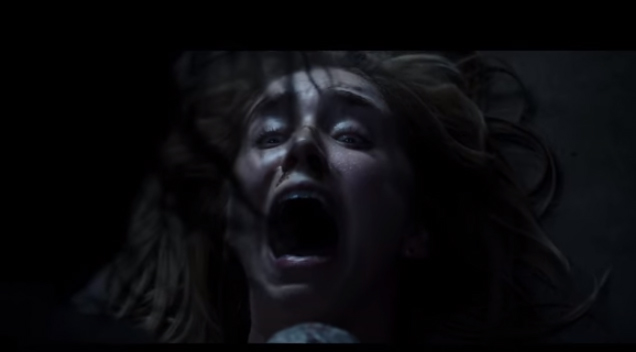 Back in 2010, “Saw” creator James Wan created one of the most terrifying and memorable horror movies in years with “Insidious.” Over the years, more and more sequels have been spawned. Now we’ve reached the 4th and (supposedly) final installment in the ghostly horror series with “The Last Key.” It’s been a confusing ride chronologically speaking. The ending to “Insidious 3” seemed to tie everything back to the original film, so I was pretty surprised when I heard a 4th one was being made. After 3 films of ghost stories, I just wondered what story was there left to tell, turns out; the only story left to tell is the one about the star of all 4 films: Lin Shaye’s Elise Rainer.

Parapsychologist Dr. Elise Rainier receives a call from a man who is living in her old family home, a home she left many years ago due to her father’s abuse due over her psychic gifts. The man says spirits are haunting his home and needs Elise to help him drive them out. Elise and her team of spectral hunters reluctantly agree to take the case. But when they arrive, Elise realizes there are far more secrets and surprises buried in her family’s walls than even she realizes. Now she is forced to face her greatest fears and deal with the demons (literally and figuratively) she has long since abandoned.

Personally, I’m a huge fan of the original film. It terrified me to no end and even to this day, I still get chills thinking about some of the frightening imagery and spirits that appeared onscreen. However, even with the second being quite acceptable, I couldn’t deny the unfortunate irony that the quality of each film perfectly matched the number associated with each film. One was the best, two was the closest runner up, three was meh and now we have the fourth: living proof the series should have given the dead a much needed rest after Roman numeral three. With the exception of ONE single jump scare, this film didn’t frighten me in the slightest…which is a terrible thing to associate with a horror franchise. All of the other films kept me pretty consistently on edge, but this one just felt like it was a big budgeted version of some TV “Ghost Hunters” episode.

All of the drama behind Elise’s family would have felt a lot more impactful if it wasn’t so poorly portrayed. None of the actors (aside from our usual 3 ghost hunters) feel like they have any reason to give a damn about trying, and considering this is number 4 in a horror series that has long outlived it’s prime, they really don’t. This backstory helps develop Elise as a character but not as a proper plot device nor as a means of delivering good scares like one should expect from a series like this. There are a few interesting surprises here, and some nice nods to what’s to come and what’s already happen before but other than that; this doesn’t really deliver anything that’s engaging enough to go buy a movie ticket to see it on the big screen.

Even the bizarre gimmick of a “Key fingered demon” silencing a person’s scream by “locking” your voice doesn’t provide the chills I think they were aiming for. Even the antics of our loyal comedic reliefs Tucker and Specs (Angus Sampson and Leigh Whannell respectively) don’t produce laughs like they used to. Outside of having some great, much needed growth for Elise’s character, this movie doesn’t have a leg to stand on. The ghosts and spooky imagery are poor imitations of the great ghouls from the previous 3 movies. They’re not scary, they’re not intimidating, they just keep making you think something worse is crawling down the corner…and then you see what it actually is and makes you long to see the 1st “Insidious” again.

Overall, “The Last Key” is actually the first movie I saw in 2018 and will most likely end up on my worst movies of 2018 list by the time this year is over. “Insidious” finished its story all the way back in “Insidious 2,” everything past that film feels just like behind the scenes tidbits we could have done without having two sub-par movies developed. “The Last Key” effectively fails on every level. It’s ending makes it quite clear on whether or not we’ll be getting anymore entries in this franchise (we won’t), and after seeing this film, I take pride in saying I am VERY glad “The Last Key” is the last disappointing “Insidious” flick I’ll have to trudge through.