The Verdict On “In The Fade:” Is It Worth Your Time And Money? 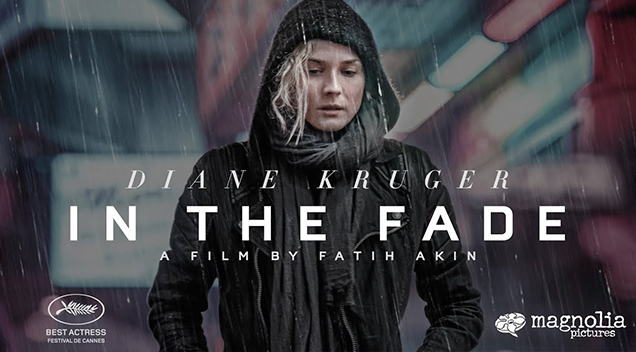 Nominated ‘Best Foreign Film’ at the Golden Globe Awards, Fatih Akin’s movie In The Fade certainly impresses. German national Katja, played by Diana Kruger, wants revenge after the brutal nail bombing of her husband Nuri, and young son Rocco, at Nuri’s office. Struggling to make sense of their murder, Katja sets out to find the perpetrators responsible and bring them to justice.

After the police investigation commences, Katja suspects that living in a Turkish neighborhood, her husband was targeted for his Kurdish background. However, police suspect Nuri was murdered by shadows from his previous life as a drug trafficker. Fighting to preserve her late husband’s reputation, Katja recalls a suspicious Aryan woman from the morning of the attack. The woman left a brand-new bicycle, with a black parcel, unchained next to her husband’s tax office. Katja had advised the woman to padlock the bike, to which she was met with a nonchalant shrug.

Soon after, the police arrest a neo-nazi couple for their alleged involvement in the murder. At the court hearing, Katja is assisted by attorney Danilo Fava, who is also her late husband’s loyal best friend. She also meets the father of one of the accused, who invites her to tea. To her utter surprise, the father of the accused testifies against his own son.

After reading the film’s synopsis, I was instantly intrigued. In The Fade’s storyline as I have briefly mentioned above, appeals to and is most suited for mature audiences. It is faultless from start to finish. The context of the occurrences was presented from the very beginning, which allowed the viewer to understand the future situations that were to occur.

Diana Kruger’s portrayal of character Katja was sensational. Her acting in In The Fade was distinguished by being awarded Best Actress at both the Cannes Film Festival and the Satellite Awards. The emotion that Kruger projected set the tone throughout the entirety of the film. My fellow viewers followed Katja through the eyes of a wounded widow and mother. The journey where she aimed to seek justice over this inhumane act.

Scene by scene, we were led into the traps of the prejudice that were presented every day throughout the case trial. During the final scene, the viewers watched carefully as it was assumed there would be a ‘happily ever after’ ending until the most unanticipated twist occurred. As the audience gasped, not a single soul left the theater room as the film took such an astonishing finish. However, I’ll leave that ending for you to experience for yourself.

The film remains highly relevant as it sensitively canvasses the very live issue of neo-nazism in modern Germany. It highlights the flaws of our criminal justice system; the ephemerality of family life; and the raw grief that people experience when their loved ones are so brashly taken away.