The Verdict On “The Cloverfield Paradox:” Is It Worth Your Time?? 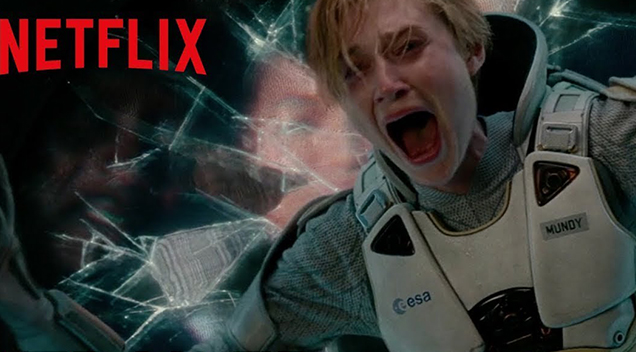 Ever since J.J. Abrams company “Bad Robot” released the found footage, monster flick “Cloverfield”, which surprisingly turned out to be an American made Kaiju movie, a strange, almost anthology like “universe” of obscurely connected films has been crafted, with the only connection being they all had “Cloverfield” in the name: Cloverfield, 10 Cloverfield lane, and now the most recent entry and the most controversial, “The Cloverfield Paradox.” I say controversial for many reasons, one of the biggest one beings was this movie’s surprise reveal during the Superbowl that it was being released on Netflix not too long after the game completed. It was a movie no one was expecting, and many have called it a bold, daring new approach to release a barely advertised, big budget movie on Netflix right off the bat.

The other reasons for the controversy… well, we’ll get to that. The film takes place in 2028, where an energy crisis is pushing the Earth to the brink of global war. A multinational space crew boards the Cloverfield space station to safely test a particle accelerator that could solve the planet’s energy crisis. The experiment fails, causes catastrophic damage to the ship but worst of all, causes the Earth to disappear completely and transports the station and its crew in a parallel reality. Now reality itself is warping the station, causing all kind of unnatural phenomenon to occur. The crew must survive their madness and the madness of their strange new reality to get back home and undo their horrible mistake.

As mentioned, this move to Netflix was a controversial one, but the reason behind the move became painfully evident as I finished the movie: it would have bombed HARD in theaters. “Cloverfield Paradox” is a convoluted, horribly half-assed mess of nonsense; forced connections and a whole bunch of weird crap that makes you scratch your head rather than grip your chair. The film goes for a sort of “Event Horizon” angle but to be honest, nothing that happens here really makes any sense or comes off as chilling or compelling; even when the plot device of alternate realities is tossed in. It’s weirdness for the sake of weirdness without any rhyme or reason, and worst of all, coherence. The movie periodically cuts back to what’s happening on Earth while everyone in the station is tripping Spaceballs. Frankly, what little bits we see of Earth’s unfortunate fate is far more interesting than anything happening on the station.

For example, there’s a scene where the crew’s foosball table started spinning its spindles all on its own when no one was there. It only happens that one time and never comes up again, and no one sees it…making it utterly pointless. Why is this important? Was it supposed to be chilling or ominous? What does this show us? The crew’s deaths are quite imaginative and bizarre, to say the least, I’ll give it that. The cast is actually the only people in this movie who clearly put forth the effort to show like they gave a damn. Gugu Mbatha-Raw, David Oyelowo, Chris O’Dowd and Daniel Brühl give stellar performances and try their hardest to work with the warped, ass-backward script they’ve been saddled with. Mbatha-Raw, in particular, has a scene towards the end that is so immaculately touching; it brought me close to tears.

The problem is this script was tweaked into force-feeding shotty connections to the previous two “Cloverfield” movies. Which are absurdly disappointing; turning a movie which was once called “God Particle” into a mangled mess that barely works as a movie and works even less as a comprehensible story that upholds any respectable connections to the previous “Cloverfield” movies. The connections feel like a forced, cop-out plot device that some writer pulled out of his/her ass to try and make the films connect without actually connecting at all. In other words: they don’t connect. Changing previously unrelated movies into forced “Cloverfield” connections doesn’t make this “universe” feel any more connected or interwoven, it just makes movies crappy and distorts the story by forcing components and concepts that just have no place here.

Overall, “The Cloverfield Paradox” fails to work on any comprehensible level. The story is a mess, the chills are lukewarm, the logic is fractured and all over the place, and the talented cast can’t keep the script from drowning in its own stupidity. This is the most asinine attempt to tie three completely unrelated films together. No one wanted this; we all just wanted an actual follow up to the original “Cloverfield,” not movies that bare a name and a “similar theme” or genre. Aside from the cast, the only thing “Paradox” has going for it is a fantastic ending and the only price reasonable for a movie of this quality: free.