The Verdict On Black Panther: Is It Worth Your Time And Money?? 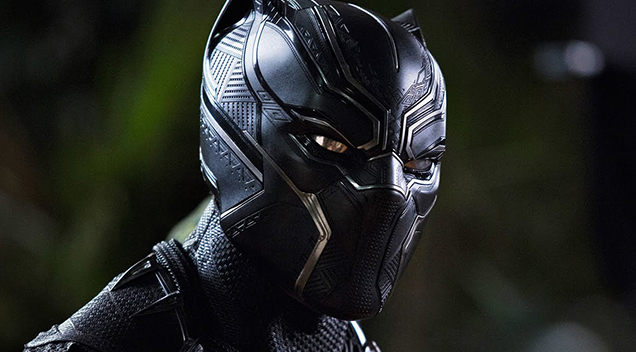 Ever since his much-celebrated appearance in “Captain America: Civil War,” Chadwick Boseman’s return to the Black Panther role in his own solo film has been eagerly anticipated by many. African Americans have yet to have a truly successful and celebrated black superhero icon to call their own; appear on the big screen. Now Marvel’s 18th film brings many moviegoers the film and the hero that we all needed, whether we knew it at the time or not. Marvel’s “Black Panther” has become an international phenomenon that has even attracted the attention of celebrities and sports stars paying to take busloads of children in underprivileged neighborhoods to see it. I cannot remember the last time a movie has attracted that level of gushing support from so many people, but the real question your no doubt wondering is…is it worth the hype?

We find out by diving into our story, picking up after the events of “Civil War” with T’Challa (Boseman) returning home to the well-hidden, hyper technologically advanced African nation of Wakanda to assume the role of king and the Black Panther after the death of his father. While many welcome his return such as Nakia (Lupita Nyong’o), Zuri (Forest Whitaker) and General Okoye (Danai Gurira), evil forces emerge to disrupt and destabilize all that Wakanda holds dear. Ulysses Klaue (Andy Serkis) is in league with a fanatic known as Erik Killmonger (Michael B. Jordan), a soldier who challenges T’Challa for the throne and wishes to use Wakanda’s resources to plunge the world into a global war that will expose Wakanda forever.

I knew once I read that “Creed” director Ryan Coogler was helming this film with a nearly all-black cast, we were going to be in for one Hell of a culturally fantastic ride and boy was everyone so wrong about that…it was even MORE cultural and fantastic than anyone could have imagined. “Black Panther” transports you into a whole new world that looks, sounds, feels and breaths as its own unique Marvel cinematic entity, even more so than “Guardians of the Galaxy.” The cast is dressed in vibrant, colorful and distinct clothing and accessories that truly immerse you in this hybridized culture of past and future traits and technologies. It’s a mix of fiction and reality, but it’s merged so beautifully well together, you’d swear it was real.

Boseman is the perfect leading man for this role. He embodies overflowing perfection with every angle, every emotion; from drama, humor, heroism, and intensity. Watching him tear apart cars on a busy street with kinetic energy blasts with his iconic armor just leaves a stunning assortment of memorable images permanently edged into your mind. Those seeking fellow female heroes to have their moment to shine will be supremely pleased with the rich roster of excellent female characters here. Okoye and Nakia are fierce, powerful and respectable women who never suffer from poor writing or cliché gimmicks. They kick just as much ass as the Panther himself, and the delightfully wonderful energy and spirit exhibited from tech genius Shuri (Letitia Wright) indicate a promising career ahead of this talented young lady.

The villains are standouts in their own right: one new and one old. Serkis is given much more ample time to play rough as his Klaue character from “Age of Ultron.” He’s hilarious, scummy and a charming rogue that always makes his screen time well utilized. But one cannot help but be outshined by Michael B. Jordan’s stunning take as Killmonger. Here is a villain fueled by empathic rage yet acts in ways so brutish and horrible, your always reminded of why he is the deadliest force the Panther has ever reckoned with. His clashing chemistry with Boseman make them ideal arch enemies, and their battles always resonate the right amount of intensity and life-or-death consequences you’d expect from such enemies.

But the best thing I can say about “Black Panther” is that this is not just a mere Marvel movie or merely a movie only designed to cater to the black community. This is a film that excels and pleases on every level for every audience of every gender. It’s a unique piece of art, masquerading as a superhero movie but blowing all expectations away by dishing out a far deeper and far more meaningful story and cast than even Marvel studios could have hoped for. This is worth all the hype, all the celebrity endorsement and all the praise, power and box office gold it deserves. See it, see it again, never stop seeing it because it will never stop being great.