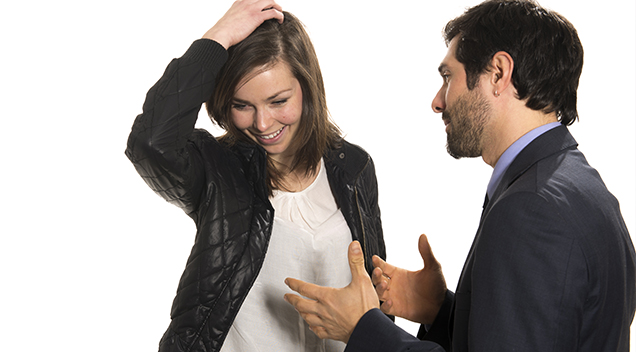 Did you know that there are certain tactics you can apply in your daily life to get anyone to do pretty much anything?

If you want to unlock the secret to persuading anyone to do whatever you want then you’ve come to the right place. Below are six influence tactics that’ll help you persuade anyone to do anything.

If you want to be able to persuade people to do what you want then you need to be an authority figure. People listen to authority figures because they can trust that whatever that person says is pretty much gospel.

Therefore, if you want to be able to persuade people to agree with you then make sure you look the part. Wear a decent outfit and talk as if you know exactly what you’re talking about. Most of the time people listen to other people because they look and sound the part not necessarily because they are an expert in the field.

Fake it till you make it. Even if you’re not as qualified as other people, as long as you look and sound like an authority figure then I guarantee you’ll persuade people more.

It’s quite obvious that if you like someone personally then you’re more inclined to be be persuaded by that person.

Do you both folow the same sport?

Do you both enjoy the same food?

Have you both experienced heartbreak at some point in your lives?

Do you both have the same sense of humour?

The more you can get the other person to like you and relate to you the easier it is to persuade them.

Exchange of good will

How hard is it to say no to a person who’s really likeable and generous?

Most people would usually feel somewhat obliged to return a favour if you do something for them – no questions asked. If someone did you a special favour without wanting something in return, wouldn’t you want to repay the favour anyway if they asked?

Being generous no matter the level – may it be a free lunch or a cab ride might just be the key to locking in that multi-million dollar deal.

Creating a sense of urgency

Creating a sense of urgency has been the backbone of entrepreneurs since the beginning of time.

Have you noticed that people tend to persuaded to buy if there’re a sense of urgency?

Don’t you find it funny that people tend to be pursaded to buy something that is on sale for a limited time only?

That’s because people are more drawn to want what they can’t have and having that sense of urgency gives people that fear that they might be missing out on something amazing which they could regret about one day.

No one wants to buy something that is just sitting there with a standard price, as soon as you advertise that it’s on sale for a limited time only – watch the interest level go up!

Make yourself scarce because people want what they can’t have. Make it clear that the offer you’re extending to them won’t last forever, and they will be missing out if you decide to pull the plug.

Verbal fillers are actually words or phrases that are used during a conversation to fill in a moment of silence between connecting thoughts or ideas. Verbal filler such as “uh” or “um” can be off putting and may cost you your credibility with whom you’re speaking to.

Make sure you think before you speak because adding fillers in between your conversation is a surefire way of turning that person off.

Mirroring someone is the behaviour in which you imitate the gesture, speech pattern, or attitude of another person.

Replicating another person’s nonverbal signals is a great way of letting that person know that you are listening because you are basically acknowledging their thoughts and feelings.

It gives the impression that you really understand that person. This is a very powerful tool as long as it’s done right.