5 Most Awesome Strategies In Public Speaking To WOW Your Audience 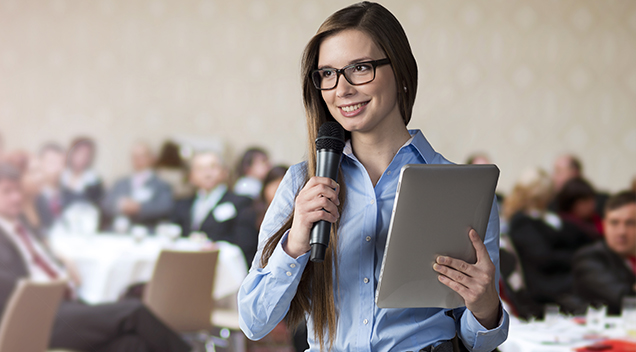 Believe it or not, public speaking is actually one of the most important skills you need to develop in your life because without effective communication skills, your ability to progress in your career and in life itself, would be nearly impossible.

Public speaking is so crucial on your journey to success that it could very well be the deciding factor in a number of things such as your career advancement or your business growth.

Therefore, if you really want to be successful in your career then you need to elevate your public speaking skills.

Most people dread public speaking and rightly so. Mark Twain once famously said, “There are two types of speakers: Those who get nervous and those who are liars.”

Famous comedian Jerry Seinfeld also took a humorous jab at public speaking and said, “According to most studies, people’s number one fear is public speaking. Number two is death. Death is number two. Does that seem right? That means to the average person, if you have to go to a funeral, you’re better off in the casket than doing the eulogy.”

Why? Because public speaking is basically communicating your message effectively which means that whether you’re talking to your friend, speaking at a wedding with hundreds of people listening or trying to nail a sponsor, your aim is to build rapport with your audience and engage them.

Listed below are some quick tips that’ll help you become much more effective at public speaking:

Start with a compelling hook

Whatever you say in the first 20 seconds is crucial to making your audience pay attention. You can start with a powerful quote or a personal experience or maybe a funny story related to your speech. As long as you establish a hook then your audience will be glued to the next words that will be coming out of your mouth.

Cracking a joke about old people to a predominantly older crowd is not going to sit well with your audience. You need to know who your audience so that you can communicate your message effectively. It may be a good idea to scan the audience and then speak to a few of them before you go up the stage to get a feel for the crowd. Knowing your audience is imperative to delivering a powerful speech.

Don’t immediately assume you are close to your audience so they will respond to your request favourably. For example, I was listening to a speaker once who just started his speech by saying “Raise your hands if you’re a virgin.”

To state the obvious, why would anyone raise their hands to admit to something so personal when they’re not comfortable with you yet?? If you’re someone high profile like maybe Tony Robbins then you’ll definitely get a show of hands.

But since you’re someone that the audience doesn’t know yet, you need to build rapport with your audience first and establish a connection. As soon as the audience is comfortable with you then you can ask the tougher questions and get them to participate.

Practice, practice and more practice – that’s the secret to an effective speech. Try to rehearse out loud so you can hear your voice and focus on delivering natural punchlines.If you’re using equipment such as slides then practice your speech with all the equipment you plan on using, the worse thing that can happen is for you to rely solely on your slides but then if something goes wrong on the day and you have no backup plan.You need to also time yourself when you practice your speech and make sure you allow for some spare time. Just in case something goes wrong on the day, at least you have some leeway for possible mistakes.