How To Set Realistic Goals And Accomplish Them In 3 Steps 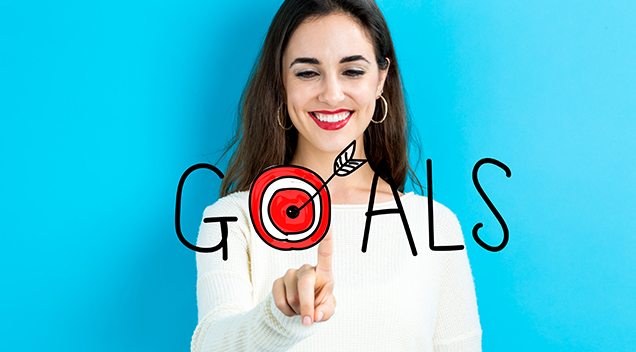 If you’re not going anywhere with your life then it’s probably because you haven’t set proper goals to follow.

When it comes to building a business or excelling in your chosen field, the first step is always to set a clear and specific goal that you really want to achieve.

Walt Disney, for example, is a great example of a goal setter. He was fired from his first job because apparently, he lacked imagination.He became bankrupt at one stage and had around 300 banks turn down his idea for a Walt Disney theme park. But that didn’t stop him from sticking to his goal and doing whatever it takes to make his dream a reality. Fast forward to today, Disney is a billion dollar company with Disneyland theme parks all over the world.

He once quoted “To some people, I am kind of a Merlin who takes lots of crazy chances, but rarely makes mistakes. I’ve made some bad ones, but, fortunately, the successes have come along fast enough to cover up the mistakes. When you go to bat as many times as I do, you’re bound to get a good average.”

Michael Jordan is another great example of a great goal setter. During his sophomore year, he didn’t make the cut to the varsity basketball team because of his height and apparently he just wasn’t good enough yet. After he got cut he worked twice as hard until he finally made the cut and beat everyone else.

Jordan is the type of person that when he sets a goal, he’s going to do whatever it takes to achieve that goal. He was determined to be the best basketball player of all time and he worked harder than everyone else around him because he was that committed to becoming the best. Fast forward to today and he still remains to be the greatest player of all time.

He once quoted “Obstacles don’t have to stop you. If you run into a wall, don’t turn around and give up. Figure out how to climb it, go through it, or work around it.” He also said, “Some people want it to happen, some wish it would happen, others make it happen.”

Setting goals can be very powerful as long as you stick to what you want to achieve and envision your success. So now the big question is, how do you create compelling goals?

Figure out why you want to achieve your goals

You need to ask yourself: Am I setting this goal for myself?

How would you feel once you’ve achieved your goal?

Whether it’s earning money for your family or wanting success to improve your station in life, you need to figure out why you want to achieve your goals to give you that sense of purpose. How will achieving your goal affect you as a person?

Knowing the purpose of your goal is what’s going to keep you going and totally focussed on what you want to achieve in life. As long as you know why you’re doing whatever it is you’re doing then you’ll be able to focus long and hard enough to achieve your goals.

Don’t focus too much on the outcome

If you’ve already created your goal then you need to stick to it may it hail or shine. It may seem impossible at the moment because you’re just a small fish in an ocean full of big fishes, but as long as you have that inner belief that you’ll eventually get to where you want to be then you’ll be totally in control of your destiny. It’s the mentality that whatever happens, you’ll succeed eventually. It may not happen overnight but eventually, it will happen.

A number of people give up at the early stages especially when the tough times hit, that’s because they look at their long-term goals, realize how massive it is and tell themselves “there’s no way I can reach that level” or “I’m not equipped enough to make it to that level.” What you need to do is start small, and take baby steps. Focusing way too hard on the big picture might discourage you. If you take it one step at a time you’ll get there slowly but surely.

Repeat your goals over and over again

Repetition is the key to achieving success in life.

You can’t just create a goal and look at it as a one-time thing and that’s it. If you want to achieve success then you need to keep drilling your goals in your head repeatedly. The more you sound like a broken clock, the faster you’ll get to your destination.