The Verdict On “Deathwish:” Is It Worth Your Time And Money?? 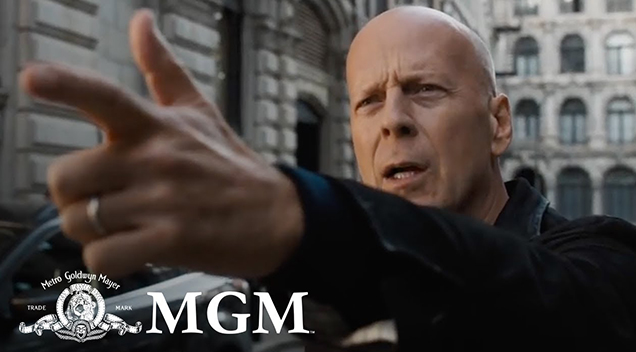 I’ve always found vigilante films to be one of the most interesting psychological experiments in cinema. It is with these films, and these films alone that audiences will actually cheer, clap or shout their support for when people die on screen; not even horror fanatics who adore the blood and violence produce this kind of noteworthy reactions. Eli Roth’s (Cabin Fever, Hostel) unexpected remake of the 1974 original “Deathwish” starring Charles Bronson was not something a lot of people felt we needed or even knew about. I wasn’t even sure my local theater had it until I checked the listings the day before. While I loved “Death Sentence”, the trailers didn’t seem to be making much of a fuss over this movie; so my interest was admittedly low.

But having seen it, I can now honestly say this movie was full of surprises (literally and figuratively), of which I’ll explain eventually. Set in Chicago, a trauma surgeon, Dr. Paul Kersey (Bruce Willis), handles gunshot victims all the time in the ER. But after a gang of robbers break into his home and savagely attack his wife (Elizabeth Shue) and daughter (Camila Morrone), Kersey becomes fed up with the police’s (Dean Norris) inability to get results and takes justice into his own hands. Kersey becomes the city’s “Grim Reaper,” gunning down criminals and low lives; embarking on a blood-soaked vengeance crusade to avenge his family and make the ones responsible suffer as he and his family have suffered.

For a movie about gun toting vigilantes and waging a one-man army against all of Chicago’s criminals, this film sure does drag its feet for a good while. Everything moves at a snail’s pace in the beginning. It’s supposed to give the audience time and development to make us care enough about this family that we resonate and empathize with Kersey’s violent crusade when they are attacked. But instead, the emotional connection fails to warm our hearts and Bruce Willis looks and acts as tired as the rest of us feel during the first half. However, once tragedy strikes, the film really kicks things up a notch, and we finally start seeing things the way we were supposed to. The use of gun violence and death onscreen feels less like a flashy action movie sequence, and more like the gritty killing spree one sadly sees all too commonly these days on the news.

The use of Chicago and radio DJ’s like Mancow bring a sense of realism and attention to the rampant gun violence issue in the film. Being an Illinois native, it brings me a sense of warped pride and pain seeing Chicago represented so prominently in a movie instead of the usually utilized New York City. Of course, the rise in gun violence and random killings in Chicago is something the scriptwriters hardly had to fictionalize to motivate the theme of this film’s questioning morality. Bruce Willis never really gives off the vibe he’s trying too hard (especially in the beginning), but I applaud him pushing his action hero chops to the side and attempting to be a convincing grieving father…certainly better at it than making us believe he can be a surgeon.

I actually found the supporting roles to be far more enjoyable than expected. Vincent D’Onofrio and Dean Norris are likable, believable and enjoyable characters. I found myself liking them far more than I expected to; making the most of their roles and dialog in every scene and outshining Bruce Willis on more than one occasion. Being very familiar with Eli Roth’s work, he’s well known for being a gorehound. Now don’t get me wrong,

“Deathwish” is not for the faint of heart. There are loads of bloody shots to the head, people being crushed and blown away, but this is surprisingly tame compared to his usual fare. The Kevin Bacon spiritual/sequel/remake “Death Sentence” was way more violent and action loaded than “Deathwish,” odd considering Bacon isn’t a major action icon and Bruce Willis is well known for his work in the “Die Hard” and “Expendables” franchises.

Speaking of “Death Sentence,” one of the things that film did well in comparison to “Deathwish” (besides connecting you to the family members better), is the development of the gang/criminal villains. “Deathwish” doesn’t give you much of a face or a personality to any of the thugs Kersey dispenses with. More time is spent crafting creative stunts and surprises for Kersey to use when he’s mowing them down with Glocks and assault rifles. In a time where everyone is reeling from the escalating number of shootings in the world, this film’s release seems poorly timed. Other films have dealt with the vigilante justice question better (“Death Sentence”, “The Brave One”), but despite a sluggish start and an unfortunately timed tonal movie, “Deathwish” is better than the lack of trailers give it credit. It may glorify gun violence, but I cannot deny a satisfying movie experience when I see one.