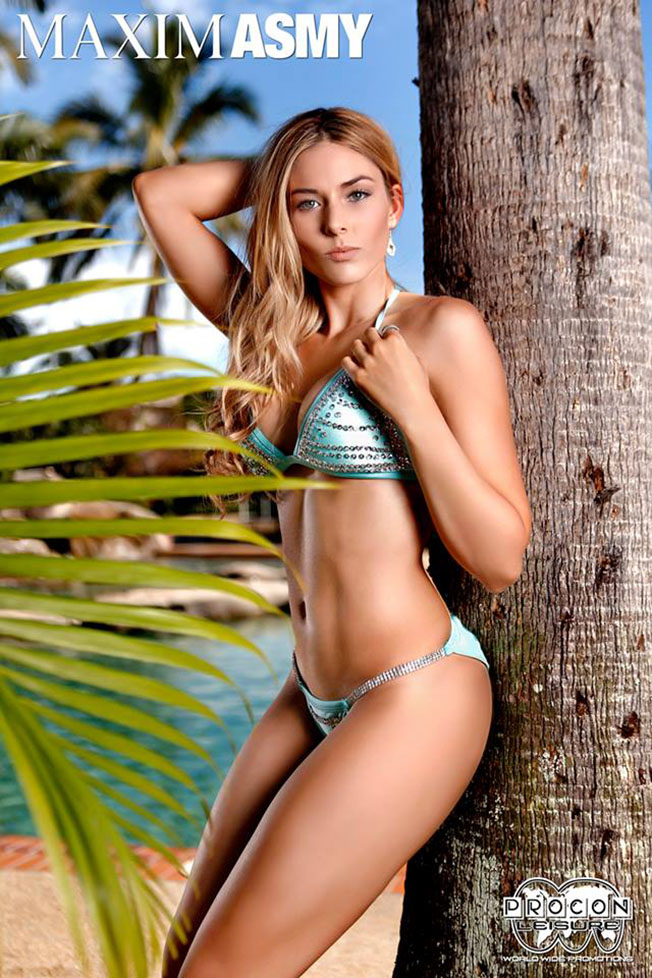 If anyone ever asks us to name a versatile model who is not just stunning but also multi-talented and possesses other talents like photography, hairdressing etc, our first pick would have to be StarCentral magazine’s gorgeous swimsuit model of the month, Jessica Gillett.
The 23- year old model hails from a Maltese background and she’s currently based in Sydney, Australia’s South West. The model is extremely career-oriented, focused, and ambitious. Apart from having a fabulous physique, she also possesses a creative mind. In fact, after high school, she earned certificates in hairdressing, makeup, and even Introductory Photography. She is currently in a happy and healthy relationship and her time apart from shooting is usually spent engaging in multiple activities like training hard at the gym, eating, hanging out with friends and family, and going to the beach, among others. 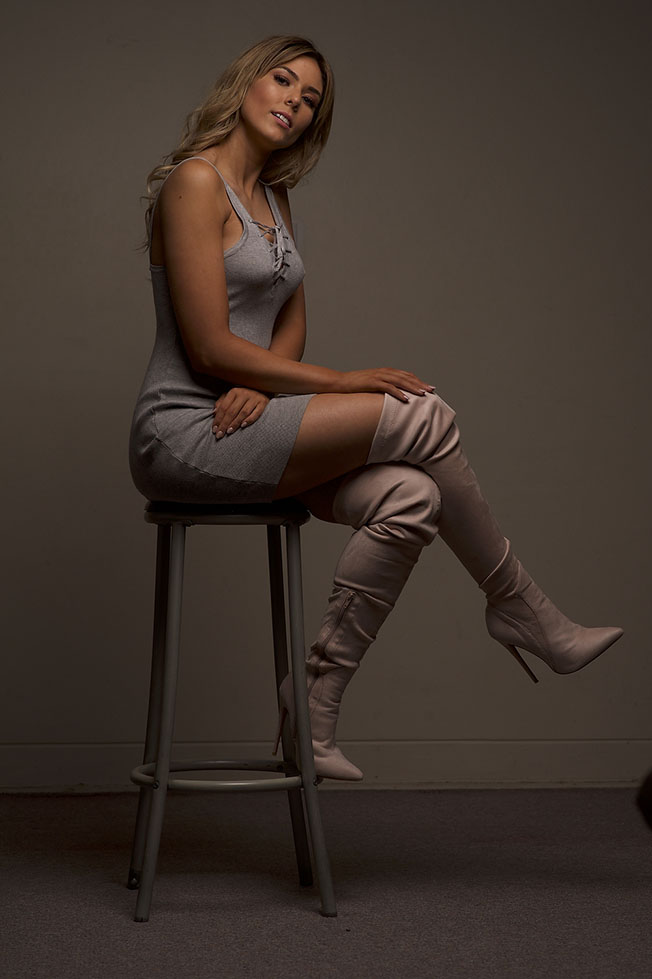 Jessica entered the world of modeling by first competing in the Maxim ASMY (Australian Swimwear Model of the Year) NSW final in 2017. From there, she was accepted into the nationals which were her first big break. She has never looked back since. She feels that the best part of her profession is the fact that she can be whoever she wants to be in front of the camera. She can create different avatars of herself and momentarily become an entirely different person. The sky is the limit! The only downside of the profession, according to her, is the fact that people underestimate the amount of work that goes into modeling. Models are very underrated in terms of workload.
When asked about the most memorable experience of her career so far, she was quick to reply that the only one that stands out in her memory was the 3 months national finals of the Maxim Australian Swimwear Model of the Year contest. The event was particularly memorable as it turned her career around. Those 3 months taught her more things about modeling than she could think of learning on her own, and she also got the opportunity to meet some wonderful people. She feels all the people she has met and worked with so far have been great and she has been able to make so many different connections. 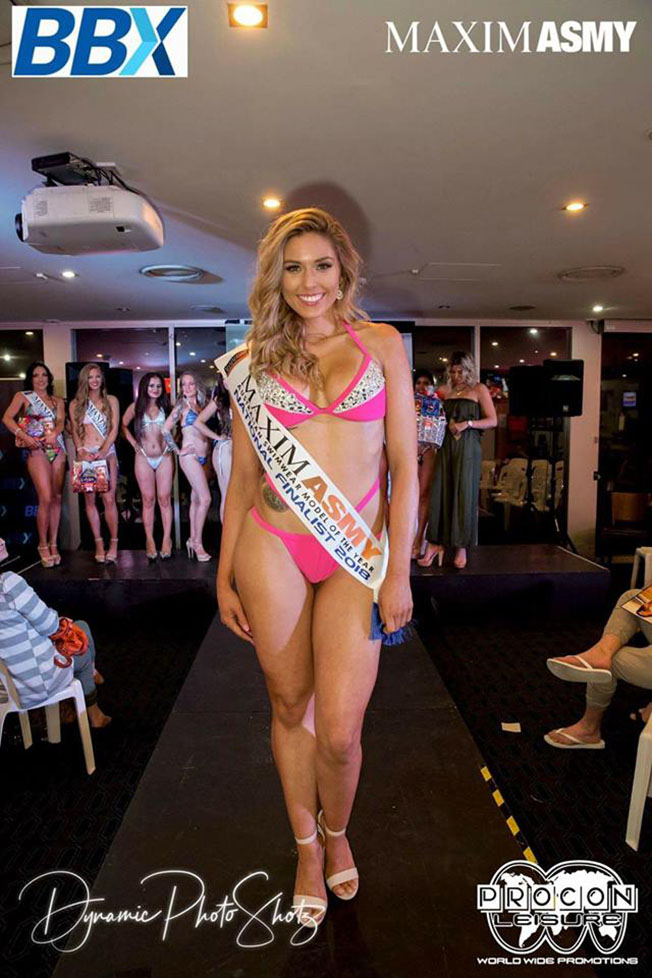 Describing the most important things she has learned so far professionally, she says, “In a short amount of time, I’ve learned so much and I have so much more to learn. Though the most valuable lesson I learned so far is to always take chances- whether it’s a job, or a competition, or yourself in general. Always give everything a go and you won’t regret anything.” In line with these thoughts, when asked about her future plans, she replied that she wants to pocket as many experiences as she can.  Through those experiences, she wants to develop and shape herself professionally and personally.
The first big project that she bagged recently was the Fit Bikini Model Extravaganza (FBME) competition in April and she expects to do so much more in the coming year. The definition of beauty for Jessica is the soul. According to her, people’s souls are beautiful. She feels that it’s incredible when you get to know someone beyond their exterior – getting to know their souls and finding out who they really are. When asked about the one “flaw” in her that she wouldn’t change, she said that it’s her inability to say no to a project. Although, because of this habit, she piles up on work and finds it difficult to manage all her commitments, she would not change this habit for anything. 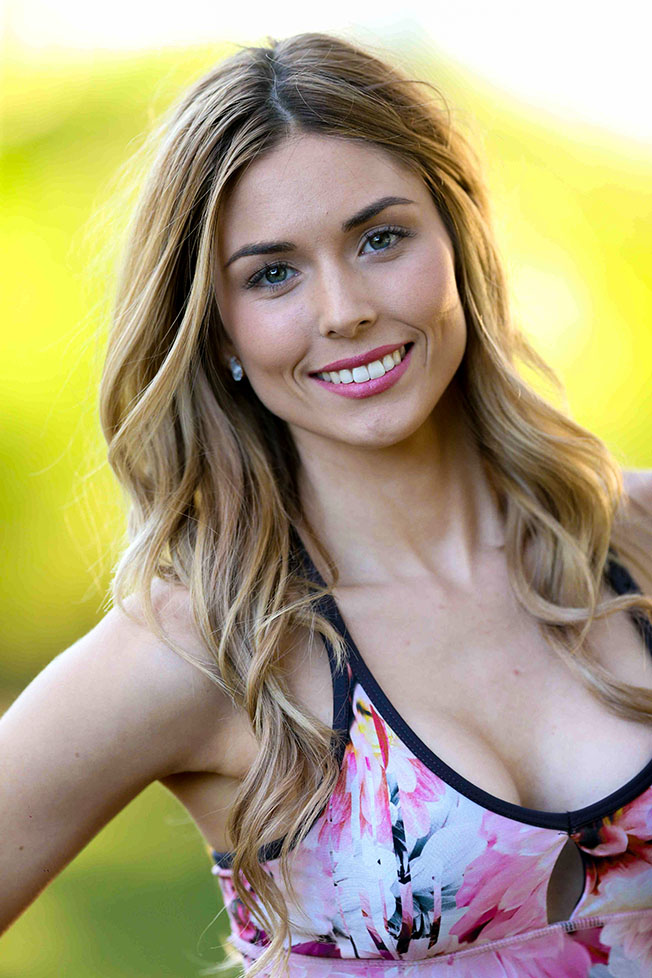 Beauty, talent, and brains?? Jessica Gillett is definitely one model to watch out for in the future.

the ‘LIGHTNING FAST’ Round:

1. Last good movie I’ve seen: Black Panther in the cinema, I loved it!

2. What do you consider beautiful and why? I think people’s souls are beautiful. It’s incredible when you get to know someone beyond an exterior and get to know their souls an who they really are.

3. What haven’t you done yet that you wish you could? TRAVEL! I own a salon so I’ve never been able to travel and explore the world, but it’s definitely a dream.

5. What is the one “flaw” you wouldn’t change about yourself? I can’t say no when it comes to working, I just can’t say no, so I end up piling work on until I tire myself out. I find it hard to find a balance between putting myself first. But work is the most important to me so I wouldn’t change it.