The Verdict On Kodachrome: Is It Worth Your Time?? 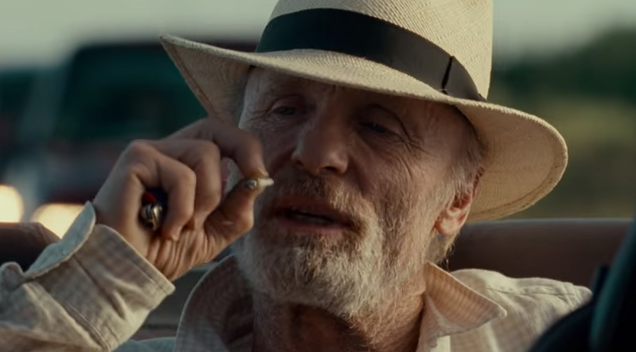 Kodachrome is a brand name for a non-substantive, color reversal film introduced by Eastman Kodak back in 1935. It was the original method of producing colored still photos. Vibrant and nostalgic in quality, the color slide film contributed to the glossy pages of Time Magazine, Vogue, and National Geographic. However, due to the phenomena of digital technologies developed in the early 2000s, Kodak saw the decline and decided to stop processing the dye to reverse the colors in Kodachrome, not just in America, but around the world too. However, the Kansas Photo lab stood alone and was persistent in believing in the magic of the Kodachrome, until the very last days in 2010.

The premise of the film is taken in those last days of Kansas Photo Lab. Ben Ryder, a divorced New York A&R music exec finds himself at a crossroads, where he is on the verge of losing his job. The band he was managing got signed off to another label and he was given two weeks to sign a big band, the Spade 7s—a bluff that bought him time to hold down his job.

His world was turned upside, when his estranged photojournalist father, Ben Ryder’s nurse, Zooey unexpectedly show up to his office and pleaded for him to drive his father to Kansas to materialize his undeveloped Kodachrome rolls, it’s his dying wish. It’s a matter of racing against time.

Cue a montage of heartbreak, regrettable decisions and building bridges, seamlessly strung together and you get a predictable plot. However, it does not take away from the memorable performances between the two male leads, portrayed by Ed Harris and Jason Sudeikis. Sure, there were points in the movie that foreshadowed what was on the elusive camera rolls, but the lingering sense of raw emotion is felt, nevertheless.

Jason Sudeikis, an actor who has a background in comedic movies and television, was outstanding – his dramatic chops were convincing. He truly showcased the strong resentment towards his absent father, due to his arrogant and self-centered ways and played Matt Ryder with a high level of complexity.

Matt believes in the analog/ old-fashion way of doing things and has an obsession with authenticity, which he shares profoundly with his father, who carries an old fashion camera, filled with functioning Kodachrome role. However, this commitment to his to quality is a double-edged sword as the world around him is more focused on being commercial, instantaneous and quantity for the matter—which in turn compromised his relationship with his wife and his job.
Ed Harris, on the other hand, as always made a misanthropic and complex character, that puts up an arrogant exterior to mask his regrets of not being there for his son. Harris did a tremendous job in hitting the high and low notes of this emotional rollercoaster—whether portraying Ben as the difficult, hard to please old man or his last moments as an admired and well-respected photojournalist, prove that the actor still has his range.

As the movie climaxed, when father and son finally let down their guards and shared the pain, Matt genuinely forgave his father—(changed from calling him Dad instead Ben), but still, time didn’t stop, and Ben’s passing makes much of a meaningful and emotional moment.

Kodachrome is a brilliantly crafted film (as well as being filmed on entirely in Kodak motion pictures) that showcased the dynamics between familial resentment and the long-lasting effects of an absent parent, with a delicate complexity. With great performances with a simple plot and premise, there is always more than meets the eyes with this film.