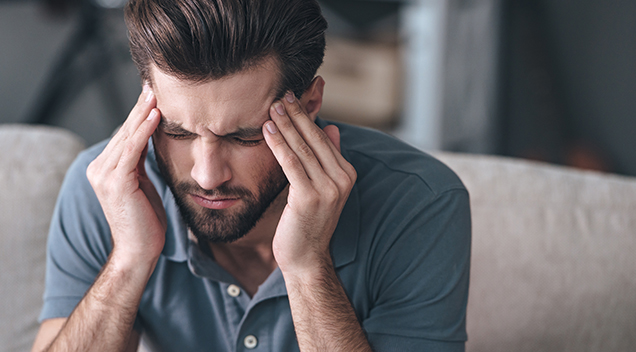 Did you know that overcoming fear is actually a skill that you can learn?

Everyone experiences fear at some point in their lives. In all honesty, it can be difficult to overcome your fears if you can’t be honest with yourself in the first place about and determine what exactly those fears are.

On one end, fear can be a good thing because it helps keep you safe by alerting you to possibly precarious situations. But on the other end, it could be a bad thing because there are times when fear, worry or negative thoughts run out of control and stops you from reaching your full potential.

Bottomline, you’ll never be successful if your life is ruled by fear. So this year, don’t let fear kill your mojo before you even get going. Here are six ways to overcome fear and reprogram your brain to be more fearless.

Get to know your fear

Most of the time people are afraid of something because they don’t know the other side – the unknown can be quite a scary place. So if you’re scared of something then learn more about, find out what it’s about – the more you know about what’s scaring you the less scary it becomes.

Figure out what you’re afraid of and embrace it

Fear actually exists in our lives because it’s meant to keep us safe. Unfortunately, fear gets the better of other people so they end up losing out on making the most out of their lives. You need to use your fear to your benefit. For example, if you’re afraid of failing an audition – why don’t you prepare yourself for every possible scenario? Let that fear push you to prepare for the audition three times as hard and look for other options just in case you don’t get the role. Use fear to drive you and get you the results that you want.

Surround yourself with the right people

Have you ever done something you were afraid of only because your friends were around to support you? Most people would never jump off a plane but would actually try it if their friends are doing it. You need people around you that’ll help you conquer your fear and push you to your potential.

Determine the magnitude of your fear

Have you ever thought why you fear something so bad? Is this fear such a big deal? Most of the time people get caught up in what they’re scared of that they lose their sense of self. If you’re afraid to go up on stage to make a speech, why are you so afraid of public speaking? What’s the worst that can happen to you up there? The thing is, most people live in fear because their so afraid of something when in reality, it’s not really that big of a deal.

Don’t be afraid to ask for help

If your fear is really crippling your daily life, have you ever thought of getting help? It may be a good idea to get a support group or even a mentor to get you through. Even some of the big time celebrities tend to get help if something is really bothering them so don’t be afraid to reach out to someone or a group of people to get help.

Laser-focus on your goals

Brian Tracy asked the question “What would you do differently if you were absolutely guaranteed of success in any undertaking?” in his book The Power of Self-Confidence: Become Unstoppable, Irresistible, and Unafraid in Every Area of Your Life. This is a powerful question that begs the question – would you stick to your guns no matter what if you know that success is waiting for you? Would you have no fear and be more daring with your decisions if you know for a fact that every decision you make leads to success anyway? If you can picture yourself as mega-successful one day then any negativity or fear of failing will ultimately go away.

According to Bambi DeLaRosa, a researcher on threat processing, “When you sense something potentially dangerous, the amygdala (amygdala—almond-shaped bundles of neurons buried deep in the brain) sends excitatory signals to other parts of the brain, effectively saying, ‘Hey everyone, pay attention!’” This means that there is no such thing as one fear switch for humans – fear involves utilizing multiple parts of your brain.

Bottomline, don’t let fear use you – use fear to your advantage instead. Some of the bravest people you know were probably afraid when they were faced with a tough situation, but they chose to embrace that fear and do something about it anyway which makes them courageous. Keep in mind that you’ll never conquer your fear if you don’t face it head-on. If you embrace the fear and push yourself then you’ll be unstoppable.