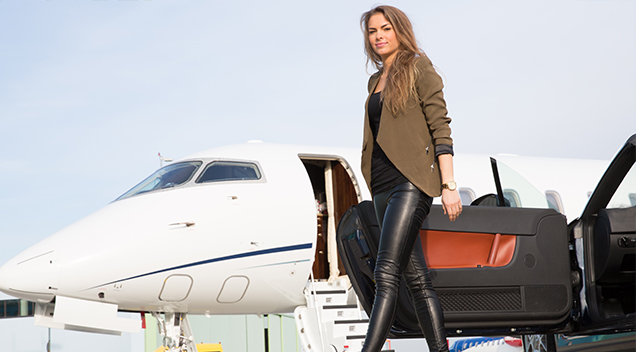 Did you know that most successful people share 5 traits that make them unique and successful?

One of the most powerful rags-to-riches stories is that of none other than Chris Gardner the founder of Gardner Rich & Company. His life was made into a film ‘The Pursuit of Happyness’ starring Will Smith back in 2006 and he’s a multi-millionaire stockbroker and motivational speaker, who was once homeless and is now reportedly worth $60 million.

The reality of life is that every success comes with rejection, if you’re not failing at all then you’re not trying hard enough. It’s the massive hunger that’ll get you from where you are now to where you feel you should be.

Chris Gardner had the massive hunger to keep moving forward for his son, at all odds, finally becoming a stockbroker and eventually becoming a multi-millionaire.

Here’s the rub: there’s no one path to success. However, there are certain traits that highly successful people have in common that contribute to their ability to succeed when others seem to fail. Below are 3 examples:

They’re willing to do whatever it takes

Chris Gardner was pretty much homeless and bankrupt back in his early days but he was able to turn his life around because he was prepared to put forth the work. Dedication and hard work are equally as important as talent and brain power. It’s doing whatever you’re doing extraordinarily well, if you want to be successful then you need have to put 110% into everything you do, doing something half-hearted will never get you anywhere.Unfortunately, not everyone has the dedication to follow through with their passion – if you want something bad enough then you need to go out there and get it.

It’s quite standard to receive failure and negative criticisms on your journey to success. If you’re not failing at all then it simply means that you’re not trying hard enough. No matter how many times you fail, you can’t look at your failures as a reflection of yourself.Failure is simply a stepping stone to success, if you’re failing a lot then that means it’s going to be much sweeter when success finally comes.

They are prepared to take risks

Have you heard of the saying “high-risk high reward?” If you want to be successful one day then you need to be prepared to take risks. If you’re not prepared to bite the bullet and take calculated risks then you will never reach your full potential. Sometimes you just have to go “all in” if you want to achieve success.

They are prepared to learn from their mistakes

Most people who are highly successful had to go through insane hardship to get to where they are. If you are prepared to accept success then you must also be prepared to accept failure and mistakes – they go hand in hand.You need to be able to accept accountability and learn from your mistakes and move on to bigger and better things.

They are always ready for a change

The only thing permanent in life is change so if you are unable to adapt when the changes come then you’ll never be successful in life. You have to bear in mind that life is tough and it can throw you plenty of curve balls so your ability to adapt to change will set you apart from other people.

Success comes in a number of ways and forms. The interesting thing is that most successful people have very similar traits. Successful people also set realistic goals for themselves so that they know they can achieve them and they have a way of somehow measuring their success.