Confessions Of A Sex Worker: A Female Perspective On The Sex Industry 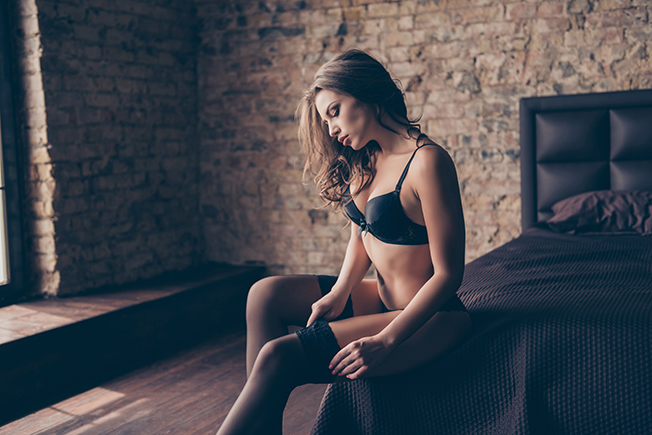 It’s true that the longest profession in existence has always gotten a bad rap. When I sit down with *Roxy she is quick to assert the fundamentals of the sex industry. Our discussion begins as a matter-of-fact exposition on the fairly lurid, yet entirely fascinating practicalities of a universal service – one of the most common threads of all cultures and people, since time immemorial. But, what I wanted to know is – is sex work empowering?

There does come a time in our discussion where the veil between professional and personal becomes visible. A little pulled apart at the seams and misshapen like it had been tried on far too many times before. Yes, that’s an obvious literary analogy for what the daily reality of a sex worker might just feel like  – should we try to imagine it for ourselves. However, most of us (regardless of our gender) are privileged enough to avoid ever having to ‘put on the red light’.

Or, just as likely – we don’t have the metaphorical kahunas to take such a massive sidestep into a career path of taboo. It just isn’t a part of our world. So, in recounting my interview with Roxy, I am somewhat ironically aware of the risk of shading her story with my own sheltered bias – of which circumstance dictates I am always subject to. However, (and keeping in mind that this is but one woman’s perspective) I was still surprised by the cliches.

A top example is the “Pretty Woman” thing. Yes, escorts do charge extra for kissing (and, here I was thinking that this was just a cute urban myth perpetuated by an iconic 90’s flick). And, yes – a lot of women do offer up sexual services in order to put themselves through higher learning.

Roxy tells me it’s not even just that – prostitution is used to make ends meet by a lot of people whilst they work in lowly paying graduate jobs, internships, training and work placements. “A lot of QLD health nurses are escorts,” she divulges. Whilst I don’t know the particular stats on that myself, a lot of articles written over recent years would tend to back this up – at least in the general sense.

What I take from this is that sex work is marginalised in the aspect that it is still heavily frowned upon (unlikely to be openly admitted to at a dinner party, for example) but, so startling common and widespread to make this incongruous. In today’s day and age the stigma that remains attached to it is almost laughable. Whether we want to talk about it or not, the fact remains – it is happening all around us.

It’s interesting to look at the role of shame in the entire scenario of a sexual exchange for money. Played out on the client side of things, this manifests as repression, reclusion and subterfuge. Roxy says that a lot of the men she has seen have been ‘lonely and depressed’. Some are fearful that they may be judged by their real-life partners for their very different levels of desire and/or sexual tastes.

Indeed, professional sexual services can have quite the element of liberation. “The men who come to see me can be free, they can be themselves,” she says. Some are “bored and tired with normal orgasms,” others are “in a way doing it to keep a relationship together” and, for the rest it invariably comes down to the fact that “there will never be a perfect woman out there who fulfils all their needs.”

As for Roxy and her initial motivation for becoming an escort? She puts it down to feeling like she didn’t want to be in a relationship due to past hurts, and that “if you are going to have sex with a man you may as well get something for it”. She also describes being a ‘sugar baby’ and enjoying holidays at places like Hamilton Island and payments of $5000 cash. So, it’s hardly all bad news.

But, for now, at least, Roxy is retired. She tells me that at this point in her life “sex has lost a lot of its meaning” and that “she would prefer to make love” – drawing a distinction between the physical and emotional aspects of intercourse. Her tone is wary when she explains that “everyone is just searching for connection, they look for that where energy is explosive.” And, that in this way “everyone is turning to sick sh**.”

Roxy has a three-year-old child and is engaged to be married. She is waiting until her wedding night to consummate the relationship. When all is said and done – would she look at her history of sex work as empowering? She certainly got what she needed from it at the time. Did it leave her with a very distinct viewpoint on humanity? Most probably. But, is that a bad thing? Who am I to judge?

...Roxanne you don’t have to wear that dress tonight. Walk the streets for the money you don’t care if it’s wrong or if it’s right…