Building Your Acting Career: How to Deal With Rejection Like A Boss 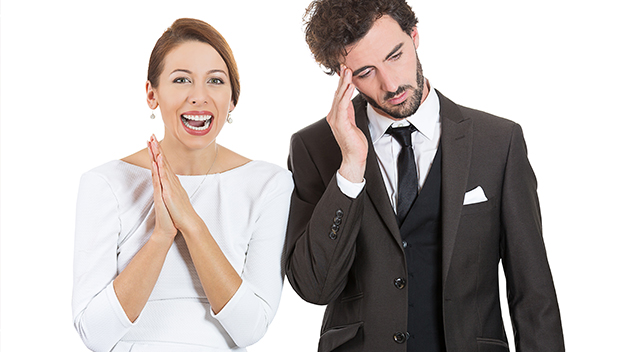 Are you terrified of walking into a casting call and getting shut down by a casting director?

Let’s face it; Casting directors are one of the most influential and operators in the entertainment business because they are the gatekeepers – they are the ones responsible for finding the suitable actors for movies, TV series, plays and advertisements and they are the ones standing between you and that big break you are looking for.

When I was starting my own business 11 years ago, I was terrified of walking up to random shops because I had such an active imagination so I could picture all kinds of things that could possibly go wrong.

“What if the owner doesn’t want to be spoken to by a random person?”

“What if the owner says something negative about me and puts me down on the spot?”

“What if the owner asks a question that I can’t answer?”

Bottomline, there was only one thing you can really do and that’s to jump the gun and see what happens bearing in mind that going to a casting call is not going to kill you – it’s not as dangerous as joining the mafia. The best way to overcome your fear is to do what you’re terrified to do. Afraid to walk in that room and act? Do it anyway! Afraid of leaving a bad impression on the casting director? Just do it!

The problem with most people is that they tend to take things really personally whenever they come across someone who acted negatively against them.

If you want to be successful at wowing casting directors or potential sponsors, you have to understand that most of the casting directors you talk to deal with a large number of people who wants something from them. Most people take this personally and sulk beyond words instead of just moving on.

Here’s something that has really helped me conquer my fear of rejection, recognized that these influential people are used to being approached by hopefuls on a constant basis so when you approach one of these people remember that it’s not like you’re going to say something that this person has never heard of before.

Keep in mind that every person responds to different personalities and looks. Just because you didn’t get the part because some casting directors didn’t like you it doesn’t mean you have to change yourself for that person.

Most people who takes things too personally after getting rejected from a casting call – look at themselves and says things like “something is definitely wrong with me that’s why I was never chosen for the job.”

Fact it, nothing is wrong with them. If the casting director is giving you constructive critiscism just take it and learn from it. Ultimately you can’t please everybody, the price of success comes with having some people being negative towards you. Be your own self and believe in your skills and capabilities and only change something about you if you chose to do so.

Wowing casting directors boils down to your skills, if you think you needed a different set of skills to win future roles then get new skills.

Have you ever heard of the term internal dialogue? It’s basically you talking to yourself inside your head. Most people talk to themselves all day long, some people are negative while some are positive. Talking negative about yourself in your head may be what’s keeping you from wowing casting directors.

Why? Because if you tell your mind something enough times, you’ll start to believe it and before you know it, your negative self-talk has transcended to reality.

That’s why it’s very important to be positive when you’re talking to yourself, remind yourself how great you are at what you do and eventually you’ll be a more positive and successful person. Another exercise you can do is imagine yourself as the successful person that you want to become, effectively visualizing yourself walking into that casting room and making everyone’s jaws drop is one of the best ways to empower yourself.

It’s also crucial to create mental scenarios in your head and rehearse the successful outcome that you’d like to have. As you’re about to nod off, create mental rehearsals of yourself tackling different kinds of situations and coming out on top every single time.

If you visualize yourself basically kicking butt in that casting room, the fear will eventually go away and I guarantee that you will see improvement and results. If you don’t start visually seeing yourself as successful then you’ll be wondering again and again why you can’t seem to nail it when the opportunity comes along.