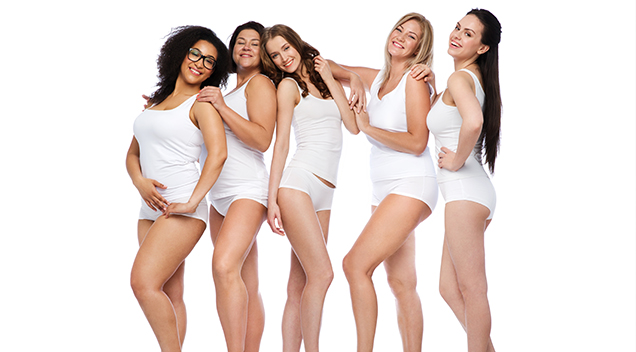 The female body has long been the promotional tool of advertisers, even before the widespread proliferation of mass media. As both an aspirational ideal, and as a testament to the fact that sex sells – the use of attractive females in advertising can be traced back to as early as 1871 when Pearl Tobacco featured a ‘naked maiden’ on their packaging cover.

Fast forward to 2018, and we are now accustomed to the amplification of beauty standards in the online world. A recent study by the University of Melbourne shows that a display of ‘low levels of diversity in body size, ethnicity, and age among models’ comprise a typical fashion magazine’s imagery. This is even more disturbing given that this content is afforded a viral reach through digital media platforms.

With the rise of ‘insta models’ and influence marketing, we can see that cruel and fickle beauty standards are very much alive and kicking. And what’s the consensus?

To be a relevant, acceptable and bankable female in today’s digital era still, for the most part, means being young, white, attractive, and slender. Although, depending on the prevailing mood of the moment, it may also equal the addition of a ‘bubble booty’ or ‘kick-arse abs’.

The narrow representation of body image in the media is linked to ‘body dissatisfaction’ – this may take the form of eating disorders, suicide, depression – or, some other myriad manifestation. This is accountable for the vague, yet still very palpable, psychology of ‘not feeling good enough’.

This view is echoed by author and ad critic Jean Kilbourne. She deconstructs the subconscious messages in advertisements and described how they create a ‘toxic cultural environment’. “Women and girls compare themselves to these images every day, and failure to live up to them is inevitable because they are based on a flawlessness that doesn’t exist,” said Kilbourne (in a 2016 address at Harvard University).

The question remains: has anything really changed when it comes to promoting body diversity in mass marketing? Are we gaining any ground in the name of female empowerment? Or, are we still back in 1871?

Let’s have a look at the positives. It’s true that some countries have implemented initiatives to improve body image diversity in the media and the fashion industry. This has included efforts to regulate minimum body size of models (for example in Israel and France), and the development of codes of practices such as the Australian Industry Code of Conduct on Body Image.

In recent years, global brands JCPenney, Dove, and Nike have all attempted some form of marketing mission in a bid to promote body diversity. JCPenney provides a controversial example with its ‘Here I Am’ campaign. Launched in 2016, this ad series featured several prominent plus-sized women ‘breaking the beauty-standard mold’ on ‘their journeys of both worldly success and personal self-acceptance’. However, detractors slammed the campaign as ‘glorifying obesity’.

On the home front, we have seen several brands follow suit. One to make the news: activewear label The Upside, who launched an ad campaign (also in 2016) that featured five ‘inspiring women’, including ‘plus-size’ model Laura Wells. However, it’s really up for debate if this model could even be considered voluptuous (apparently she is a size 14 and between 3-6 sizes larger than a normal, industry standard model but, she looks pretty taut and trim overall).

Local suppliers and beauty industry brands are also joining the ranks. Royal Society, an Aussie tanning brand with a vegan stance is making headway on social media with a current 12.6K following. They also back the trend on body diversity with a smattering of candid shots of ‘everyday ladies getting a tan and enjoying themselves out and about’ displayed amongst the obligatory starlets and aspirant lifestyle content. It’s a refreshing step in the right direction.

What does this all equate to? Let’s face it. It’s a hard road impacting beauty standards. Both the studies and the practical examples show there’s still a long way to go.

Whilst it’s in our best interest as an altruistic human collective to represent all sizes, appearances, cultures, and creeds – it’s not always in the best interest of advertisers and their bottom dollar. In a world where everything is for sale at the right price, ethics come off second best. It’s probable we will be seeing advertising’s ‘naked maidens’ for a while yet!

There is some hope that lies with the more ‘grassroots’ initiatives to influence the tides of change for the greater good. So, if you are an influencer in the world of advertising, branding – or, perhaps own your own business in a relevant industry – then do remember, the power to promote body diversity might just rest with you.