The Verdict On Deadpool 2: Is It Worth Your Time And Money?? 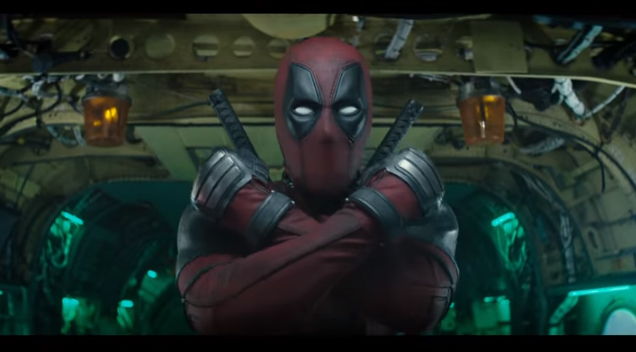 Being a long time “Deadpool” comic reader, nothing made me happier than to see Ryan Reynolds take on the masked role of the Merc with the Mouth in 2016’s “Deadpool.” Now I have yet another reason to squee fanboy glee as Reynolds R rated superhero flick demolished all expectations and scooped up enough bang loaded bucks to make a sequel; aptly titled “Deadpool 2.” With a bigger budget, larger cast, grander story, and a new director; “Deadpool 2” had a lot riding on it to meet or beat its predecessor’s expectations; as well as the fans. So, does it live up to the humor and hype of the first or has the Merc with the Mouth already lost his perverse appeal? Let’s jump out of an airplane with him and dive right in to find out.

Deadpool (Ryan Reynolds) and Vanessa (Morena Baccarin) finds their lives turned upside down when a tragedy derails their happy plans, and now Deadpool has become an unexpected protector to a mutant kid called Fire Fist (Julian Dennison). A jacked up, gun toting cyborg mutant named Cable (Josh Brolin) has come from the future to kill Fire Fist and save his future and family from being wiped out. Now Deadpool has to make his own “X-men” team to stop Cable, including old friends Weasel (TJ Miller), Blind Al (Leslie Uggams) and new allies; such as the luck bending mutant Domino (Zazie Beetz). Expect plenty of foul languages, blood-soaked violence and 4th wall breaking to follow!

“Deadpool” on its surface alone is a very simple, straight to the point superhero revenge story with lots of wisecracking and hardcore violence scrambled altogether. “Deadpool 2” took everything that made the first movie unforgettable and cranked everything up to 11; making it bigger, darker, funnier and wilder than anyone could have ever expected.

“Deadpool 2” structures everything around tragedy and darkness, two things you don’t think comedy mixes well with but it helps drive the story and frames everything into a more layered journey for our smart-mouthed merc. We knew the endgame the first time around, this time they throw caution to the wind and keep knocking surprise after surprise out of the park from beginning to the very, very end.

The laughs balance perfectly with the drama. You know exactly when this movie wants you to laugh your ass and when it wants you to bawl your eyes out. Reynolds once again proves that no one will ever play Deadpool other than him. He never misses a beat or a joke and everyone he busts out just keeps getting better with each passing scene. I love the chemistry between all the characters, both old and new. We get just enough time to shake things up with Cable and Domino, and then bring things back home with fan favorites Colossus and Negasonic Teenage Warhead again. There are too many clever and juicy cameos to dispel, and I wouldn’t dare spoil em, but I will say probably the greatest scene stealer in the whole film is when Deadpool’s X-Force team first leaps into action. Trust me when I say it is worth the price of admission alone.

Josh Brolin continues to kill it with Marvel properties. He was already phenomenal earlier this year as Thanos in “Avengers: Infinity War,” but lightning strikes twice for him as Brolin perfectly embodies the look, feel, and attitude of the cyborg time traveler. He’s an even better foil and foe for Deadpool than anyone else he’s squared off against before. While there’s not much of it, I do have a slight beef with Zazie Beetz’s take as Domino. While many praises her performance and I admit she brought the right amount of sass and style, she feels less like her comic book counterpart and more like a less funnier wise cracker/ass kicker than Deadpool. I wanted more from her, I wanted her to stand out more, and it may just be me, but I don’t feel she did.

Overall, “Deadpool 2” is more of the same you’d expect from Reynolds red-suited persona but with more bang for your bucks and harder laughs for your gut. The inclusion of Fire Fist and Cable with the story escalates things to darker, deeper levels that developed Deadpool more than his origin film ever could. The cast is a wonderful assembly of actors that always get a laugh from the audience, and the action and violence are just as over the top as I hoped it would be. “Deadpool 2” is a sequel that meets and surpasses expectations in outrageously unexpected ways. It’s a film that goes places you never thought you’d go and no matter how crass or gory things get, you’ll always glad you were dragged along. Here’s hoping Deadpool splatters onto the big screen again and again and again for many cuss-filled years to come.