The Verdict On “Upgrade:” Is It Worth Your Time And Money?? 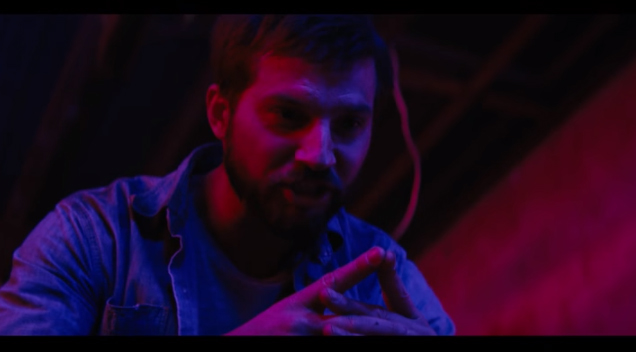 Sometimes, what you think you’re going to get is a lot smarter and deeper than what a mere 3-minute trailer can show. You see the ad, you get a sense of what it’s all about (just enough to make you bite) and you go in with a general idea or sense of how it’s going to feel and look. “Upgrade” appeared to be a violent but fun, brain dead romp with sci-fi gadgetry giving an ordinary guy Jason Bourne-like skills and reflexes. Being an avid consumer of movies, I find myself rarely being surprised unless a movie can be really sneaky and crafty when it tries to pull the cinematic wool over my eyes. Amazingly enough, “Upgrade” not only surprised me; it damn near ripped my head off with that wool and strangled me until my eyes popped out.

Taking place in the near future, technology runs every facet of life; something that old-school Grey Trace (Logan Marshall-Green) isn’t too fond of, despite his girlfriend’s love of tech. One fateful night, however, a devastating tragedy cripples Grey’s life (both literally and figuratively) and he’s left alone and paralyzed from the neck down. An unorthodox surgical implant is given to Grey and allows him to walk again, but it also gives him superhuman enhanced abilities, reflexes and a voice inside his head called STEM (Simon Maiden). Now Grey is on the warpath to find those that ruined his life and make them pay with his dangerous new set of skills.

Despite being presented as a dark action movie, I’d say this falls more into the sci-fi horror/thriller category considering how neck deep this movie submerges into darkness. “Upgrade” is a layered revenge story that weaves all kinds of twists and turns from start to finish. There are conspiracies, unexpected surprises and a pension for brutal violence that doesn’t pull back any punches. I’ve seen gore galore in many horror films and R rated action flicks, but “Upgrade” sidelines you in the blink of an eye with stomach-churning violence. Unlike most vengeance-fueled films, “Upgrade” really hammers in the soul-crushing loss Grey has suffered and makes you truly feel for this broken man’s unending despair.

His decisions, feelings, and attitudes towards others are perfectly relatable and make the audience all too naturally inclined to empathize with his choice to take STEM into his body. Despite the grim tone, the film has a well-executed sense of dark humor that manages to be effective without feeling out of place or too disruptive to the primary revenge plot. Much of the successful use of the dark humor is accredited to Logan Marshall-Green. He times each reaction perfectly and manages to say what we’re all thinking out loud; coming across as the everyday guy who freaks out at first, but then revels in his newfound abilities and goes all out with them. His relationship with STEM allows for some amusing banter and some interesting conflicts.

At times, I must admit the hyper-futuristic technology borderlines on outright silly. While the function of the STEM is certainly out there, it feels more credible than people spitting nano-bots through sneezes and people loading bullets into their forearm to shoot out of their hands. Granted, the “gun hand” gimmick is one of the film’s more memorable aspects and certainly changes the dynamic of hand to hand combat. The supporting cast borders between decent to downright weird and surreal. Still, there is far more to praise in “Upgrade” than there is to pan. It’s a unique film that feels like an R rated episode of “The Twilight Zone” or “Outer Limits” with a bigger budget, longer running time and a great lead.

The spectacularly choreographed fight scenes are just the tip of the bloodstained iceberg. There are several layers of mystery and genuinely twist worthy surprises that keep the film from ever feeling boring or predictable. Overall, “Upgrade” may look like it’s all bark and no bite, but trust me when I say it bites a lot harder and a lot BETTER than you assume. If you brush aside the average supporting cast and appreciate the film’s dark humor and savage violence, you’ll find a compelling, cryptic story that is pumping with action and impactful drama. It’s highly recommended if you have a craving for something that’s different and can keep you simultaneously entertained and mortified at the same time.