The Verdict On “Hotel Artemis:” Is It Worth Your Time And Money?? 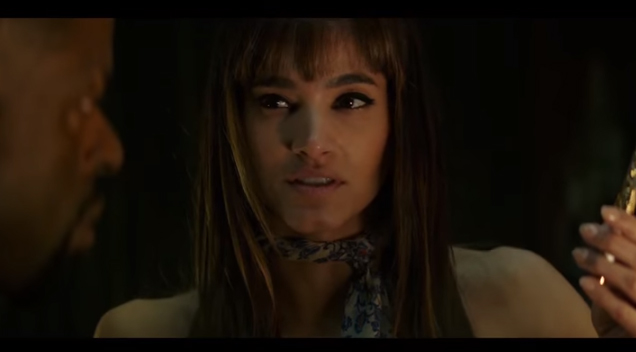 Most box office weekends and tallies end up being dominated by comic book movies, sequels, remakes, prequels and films based off some previous property like a book or old TV series. Originality is harder to come by these days and usually, if a movie has to advertise that to you, that movie needs more attention than its getting…or sometimes more attention than it deserves. I don’t feel it’s necessary for films to point that out when releasing trailers or commercials. If your film is good then people will see it regardless of whether it’s based on something or not, you just got to market it right. “Hotel Artemis” was marketed well enough and I do enjoy supporting original stories, but original stories do not guarantee the film will be good.

Set in a rather advanced “near future” Los Angeles, riots are breaking out everywhere and forcing people to flee to a safe haven until the violence dies down. Hotel Artemis is a private membership hospital designed to patch up criminals discretely; run by the head Nurse (Jodie Foster) and her right-hand man/muscle; Everest (Dave Bautista). Business is booming as usual but things become complicated when a powerful crime lord (Jeff Goldblum) is admitted and attracts the attention of assassins and a pair of bank robbers unfortunate enough to steal from him. Now all Hell is breaking loose and no amount of rules or bullets will be enough to quell the chaos brewing on the inside as well as on the outside.

The first thing that really grabbed my attention about this film was its stellar cast. Sterling K. Brown, Charlie Day, Zachary Quinto, Sofia Boutella and of course Bautista and Foster; it’s a great line up of rough and tumble criminals who are all one bad mistake away from blowing each other apart in a bloody showdown. Some of these faces fit into rather predictable roles, such as Bautista and Charlie Day. Others like Goldblum and Quinto slip into some more unusual roles than they’re used to; sometimes this works and other times it doesn’t. Foster feels like she’s sleepwalking through the role; always tired, worn and just kind of there…not bad per say but nothing to write home about either, same can be said about Bautista.

The big standouts here, in my opinion, are Charlie Day and Sterling K. Brown. They truly feel like distinctive characters. Their attitudes and confrontations with Sofia Boutella bring out their personalities vividly; especially when all 3 are on screen at the same time. As a whole, the cast works great together and the escalating conflict of the riots outside and hot-headedness of the clientele in the hotel make every exchanged a tense one and keeps things interesting and potentially explosive. The high tech setting gives the whole “hospital for criminals” angle a nice little edge over other films with similar settings, makes some of the kills more interesting that’s for sure.

While a few plot twists pop up, there are not a lot of surprises hidden behind this hotel’s front doors. This movie is straightforward, starts fast and gets things rolling right off the bat and doesn’t let up until the very end. This also Segway’s right into the film’s biggest problem: pacing. “Hotel Artemis” is a bullet train that never slows down and just keeps on trucking without taking any time to really develop anyone or anything. Sure, we got personal stories and revelations here and there but it all feels so rushed. Things don’t last long enough before the crap hits the fan and everyone’s either on their way out or dead. Worst of all is the gross misuse of Jeff Goldblum, whose screen time is 10 minutes at BEST. He’s built up with hype, tension and menace but he’s in and out of this movie faster than it takes you to say check out time.

Overall, “Hotel Artemis” is an original story with a grandly assembled cast but can’t slow down to save its life to actually process the material and the people. Originality can only be appreciated if it stays around long enough to be soaked up and “Hotel Artemis” leaves too briefly before we can properly enjoy our stay. I want original films to make a strong comeback, I really do, but it’s hard not to feel compelled to see comic book movies and sequels when all the original films are only coming out at half speed. This was by no means a bad movie, but if originality needs a cinematic resurrection than we’ve got to do better than just “all right” original movies.