The Verdict On The Gospel According To Andrè: Is It Worth Your Time And Money?? 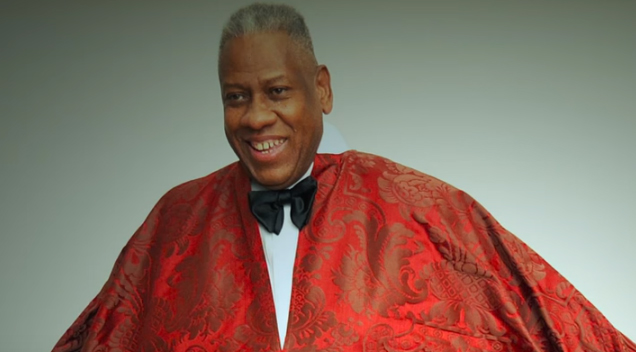 The Gospel According to Andrè is a film that explores Andrè Leon Talley’s most vulnerable youth to his later successes within the fashion world. Talley has been appreciated for decades as a fashion icon by not only aspiring fashionistas but also individuals with a dream.

He was a young boy from the isolated Jim Crow South who was left in the care of his dearest grandmother. He was different. It was a time period of utter racism and segregation in the midst of his home country while adding that he was also tall and massively flamboyant. Although it would have been seen as a barrier to those from an outsider perspective, it only made him stronger and want to conquer his dreams even more.

Talley had a grandmother much like others. Protective, kind and loving. She shielded him from any harm and kept him from seeing the painful world outside the safe haven of his home. He adored his grandmother more than anyone in the world and understood her intentions for being so protective but he longed for something more. It was after a Sunday Service where his passion for fashion sparked. There has always been a burning fire within but it was during a Sunday Service that he noticed that everyone looked beautiful. Women, men and children were all dressed in their Sunday best. It was an effortless fashion show at his doorstep. After the conclusion of that service, he went past a store and purchased all the Vogue magazines that he could find. It was from then on that he knew what he wanted to do, and he was going to achieve it.

Fast forward to college life, he deservingly received an Ivy League Scholarship to Brown University. He studied French Literature and had originally planned to practice the diverse language. Then after the conclusion of his studies, he worked at Andy’s Warhol’s Interview Magazine, where it began the stepping stone for an abundant of shining opportunities to emerge. He later received a position at Vogue magazine as the Fashion News Director from 1983 to 1987 and then as a Creative Director from 1988 to 1995.

The Gospel According to Andrè was produced by the team who brought viewers, The First Monday in May and Page One: Inside The New York Times and featuring commentary from fashion luminaries including Tom Ford, Marc Jacobs.

Director Kate Novack drove the audience through a beautiful journey of the admirable life of Andrè Leon Talley. It was a witty, engaging and an emotional film. In a world where protests, rallies and aggressiveness were a strike by everyone to reach justice in all colours. Novack portrayed positively through her film, Talley’s achievements in breaking many barriers not only to race but also for stereotypes alike. He didn’t need to be loud, he worked his magic in silent and it was admired by all the major fashion icons, which gained him respect. Congratulations Novack on such a successful portrait on the commendable Andrè Leon Talley.