The Verdict On “Luke Cage: Season 2:” Is It Worth Your Time And Money?? 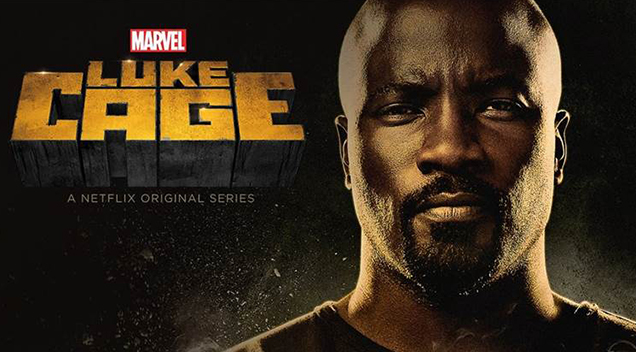 The Netflix Marvel TV series is a truly awesome treasure; don’t get me wrong about that. They bring a dark grittiness that allows Marvel’s superheroes to take on darker themes and issues including rape, violence, sex and gore. However, one thing most of Marvel’s Netflix shows have in common is a disappointing second season. “Daredevil” started out strong half way then dipped into incomprehensible weirdness, “Jessica Jones” was decent but lacked a good villain and became a bit predictable, and even “Luke Cage” season 1 dropped the ball halfway by swapping its best villain for an all right one and a downright goofy looking finale that looks as stupid as it sounds.

But imagine my surprise when “Luke Cage: Season 2” turns out not only to be an excellent season, but it’s CONSISTENTLY an excellent season from start to finish. Luke Cage (Mike Colter) continues to battle through every kind of thug, gang and hit-man to reclaim Harlem from the villainous clutches of Mariah Dillard (Alfre Woodard). But this time, they’ve both got competition from a mystical powerhouse known as Bushmaster (Mustafa Shakir). He’s got plans for Cage, Mariah and Harlem and not even being bulletproof will be enough to stop the corruption and crime being brought down upon Luke Cage’s beloved city, family and friends.

One of the hardest elements the first season struggled with was mixing superpowered people with gangsters and street crime and making them both work without souring the taste. Things got too silly to be taken seriously by last season’s end, but this season found the perfect concoction of supernatural flare and gangster drama, and it is flawlessly presented from start to finish. This season upped the ante without losing itself in a giant budget. A proper continuation needs to challenge its characters, extract new levels of depth and growth that push them to their limits and take them to a place you’d never expect and that’s exactly what this new season does.

The untouchable threat Mariah represents creates a roadblock Cage can’t just plough through. It builds a new dynamic between the characters and explores both their pasts, especially Mariah’s. We learn more about her family than we ever wanted to know; evolving her character and escalating the evil she commits to dangerous new heights. Woodard’s performance truly turns Mariah into a monster of unimaginable proportions, and it’s even better than before. Speaking of villains, our new big bad; Bushmaster is a great new character with oceans of history and hatred for both Mariah and Cage. His fight scenes are some of the best in the series and his backstory connecting to Mariah’s makes him the perfect foil throughout the season.

I truly love the evolution of Cage’s character this time around. Colter pushes his character to the limit every time; making things more intense, more dramatic. There’s a rise in anger and darkness in the character that changes him more and more; putting him on a path that seems questionable and yet natural and above all else; engaging. The fight scenes are vastly improved. There’s more going on than Cage getting shot and beating thugs up, there’s inclusion of martial arts, kickboxing and even an excellent tie-in episode with Iron Fist (Finn Jones) that turns an otherwise disappointing hero into a well suited supporting character.

One of the best additions is the recently late but always great Reg. E Cathy playing Cage’s father. He’s an incredible addition. He brings conflict and passion to his relationship with Cage, his voice carries over some of the show’s best lines. My only complaint with him is we needed more of his gravitas and talent. I’m also really impressed with the growth Theo Rossi has made with his fan favorite character, “Shades.” He became so much more than a thug from last time; developing a unique personality and growing in ways I never expected or imagined. This season really shocked me, had me dropping my jaw more than a few times; pushing everything that was good before to even higher levels and leaving all that was goofy long behind.

Overall, “Luke Cage: Season 2” was even better than I could have predicted. It blew all expectations out of the water and its excellence is on par with “Daredevil” season 1; easily. Both new and cold characters expand their roles with a top of the line performances and grade A storytelling that perfectly encompasses the drama and intensity a show of this calibre is known for. It’s everything a new season should be and more. Fans should deal with the good and the bad of season one if at the very least just to be caught up enough with the complete and total badass package that is season 2.