The Verdict On “A Series of Unfortunate Events: Season 2:” Is It Worth Your Time And Money?? 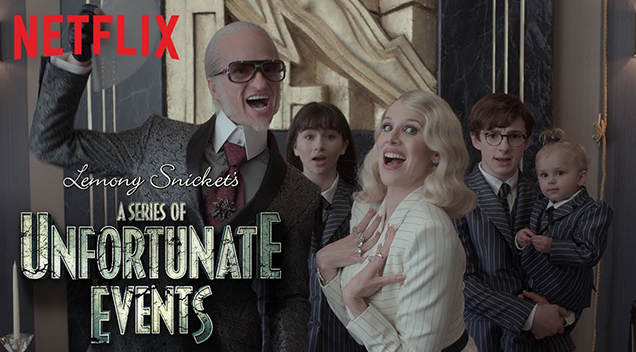 What started out as an unexpected surprise when I found out the Jim Carrey lead film based on the books “A series of unfortunate events” was turned into a Netflix series, ended up being a truly unique viewing experience that I am gladly looking forward to for the next instalment. This was a franchise I had no familiarity with except for the film that was released many years before. Aside from hearing Neil Patrick Harris was playing the centrepiece villain, there wasn’t much compelling me to binge watch a new 13 episode Netflix series when I already got plenty stocked up in my queue. But by the end of season 1, season 2 couldn’t come fast enough, and I’m happy to educate you why this series of unfortunate events turned out so well.

The second season picks up right where season 1 left the Baudelaires, stuck in a boarding school with the villainous Count Olaf (Harris) masquerading as a new character to fool the adults and trap the Baudelaire children Violet (Malina Weissman), Klaus (Louis Hynes) and Sunny (Presley Smith) to acquire their fortune. They are aided this time by a pair of orphaned triplets (minus 1), a dashing new Samaritan (Nathan Fillion), and as always; their story is worded, woven and written by the show’s morose storyteller, the one and only Lemony Snicket (Patrick Warburton).

Everything that I loved and felt inspired by the first season is here in full force. The humour is meticulously crafted into the macabre storytelling of this fractured fairytale so well that it balances impeccably well with the shocking twists and turns of the story’s darker elements. While hearing and seeing people get burned alive, beaten to death or fed to hungry lions sounds like a horrifically violent thing to show kids, the series makes everything work without ever showing or getting too detailed with all the gruesome components. You know you’ve got something special on your hands when your main villain tortures children on a regular basis and he somehow makes it funny and whimsical episode after episode. While the show still suffers from the clichés of adults being morons and kids being the only ones who can see Olaf’s true identity, no person, plot point or punchline ever feels stale or lacking in quality.

Harris gets multiple chances for breakout song numbers (much to me immeasurable delight) and his never-ending supply of ham, wickedness and wackiness make every appearance a laugh riot waiting to break out. The stars they pull in continue to prove to be invaluable selections to the show’s quality. Besides the aforementioned Nathan Fillion, we also get to see the likes of Tony Hale, David Alan Grier, Robbie Amell, Roger Bart and Lucy Punch. I love the evolving mystery of the Baudelaire’s family, the mysterious organisation their parents belonged to and how each new episode gives us a new puzzle piece; chaperoned by the ever deliciously delightful voice of Warburton and his melancholy mannerisms throughout the entire series.

One of the advantages to “A Series of Unfortunate Events” is that it’s in a class all its own. I can’t for the life of me think of any other TV series quite like this one. It’s educational and geared towards younger viewers, but it’s highly complex and features many dark themes/moments, it’s silly and full of whimsical ideas and songs but it’s also full of brooding and never really gives you a happy ending. I’m always amazed at how the writers can successfully pull off some of the funniest comedy and spontaneity I’ve seen in years, but at the same time make us believe someone is stupid enough to believe someone’s name is really Dr Mathius Medicalschool.” This series is a highly unique experience, to say the least.

`Overall, “A Series of Unfortunate Events: Season 2” perfectly captures the brightest sparks of a doomy and gloomy first season and elevates everything to new levels of quality. This is how you do a second season to a series. The jokes are funnier, the twists are cleverer and you’re constantly reminded how badly you want to see what happens next by the time the previous episode’s credits start rolling. This is a show that has something for everyone. It’s easy to dismiss with its kid-friendly presentation and angle, but like all good shows, it appeals to all ages and is a truly one of a kind viewing experience that I highly recommend you do not miss.