The Verdict On “Skyscraper:” Is It Worth Your Time And Money?? 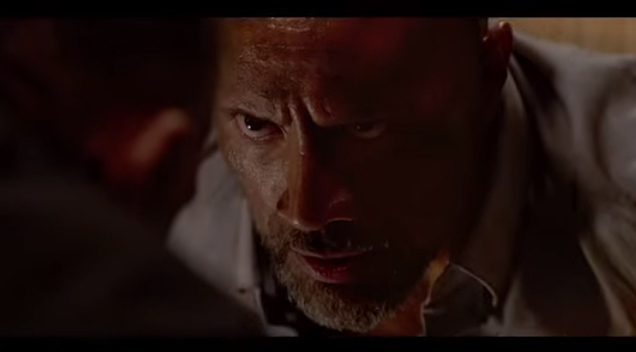 In an age where prequels, sequels, comic book films, remakes/reboots, TV adaptations, book adaptations and spinoffs, the only way people it seems to get drawn to original films is if you either get an idea or a star grand enough that it sucks people’s attention right to it. Lately, Hollywood’s cure-all for attention: put Dwayne “The Rock” Johnson in it. He’s everyone’s favourite, muscle-bound cash cow who earns more than any other actor working today and has already been attached to several big-name films dominating theatres over the past six months (Jumanji: Welcome to the jungle, Rampage). Now he’s starring in probably the only original blockbuster film to come out this summer; let’s take a plunge into his latest thriller: “Skyscraper.”

After a disastrous event as an FBI Hostage Rescue Team leader cost him his leg, Will Sawyer (Dwayne Johnson) starts his own security company with his medic wife Sarah (Neve Campbell). He’s contracted by an old friend to detail the security plans in Hong Kong for the world’s tallest and safest building; created by Zhao Long Ji (Chin Han). Things get complicated when terrorists start a fire that’s consuming the building and Sawyer’s family is being held hostage above the fire line by the terrorists. Now Sawyer has to brave impossible odds, dodge the police and try and make his way up past the fire line and save his family before the building and everyone he cares about goes up in smoke.

At first glance, I thought this film echoed too strongly to a “Die Hard” vibe to be its own thing. After seeing it, I’d have to say it feels more like a weirded blended mix of “Die Hard” and “The Towering Inferno;” but still be its own thing. There’s something to be said of originality in today’s day, and age and the movie certainly gives you its fair share of thrills and chills, but overall I don’t think this film packed the power studios thought it was packing even with “The Rock” at top billing. “Skyscraper” is an edge gripping thriller/action film that has a unique idea for its core environment but doesn’t really have much else going for it in any other areas, characters or plot developments.

The high tech, futuristic building presents some interesting challenges and landscapes for our hero to barrel through while facing off raging flames and terrifying heights. The ending sequence involving a sort of “hallway of mirrors” is probably the most creative aspect in the whole film and knows how to keep you guessing. The real scene stealers though are the sequences with the Rock making his way up the building and performing some “Mission Impossible” insane-worthy stunts. No matter how things progressed, those scenes always earned a gasp and a cheer from me. Unfortunately, the rest of the movie just can’t keep up with that momentum and the pacing flip-flops between large areas of slumping and small bursts of action.

There’s nothing special or noteworthy about anyone, not even the terrorists themselves. “Die Hard” had the late great Alan Rickman as Hans Gruber and while few can top or match such a performance, it hardly felt like there were many trying that hard at all. Even Neve Campbell, who is no stranger to kicking ass feels watered down here; offering cutesy nicknames as forced romantic chemistry that fails to spark even once with her dashing hero-of-the-week husband. I don’t know if they were trying to make Will Sawyer the next John McLane or if it’s just “Rock fatigue” but this just felt like every other Rock role he’s done over the past 6 months and it just feels old and flat now. This movie needed something more than a cool giant building.

Overall, “Skyscraper” is not a terrible film it’s just not a terribly great film either. Aside from an impressive new locale and some death-defying sequences, you’ve seen everything this “original film” has to offer in a dozen other films. The characters are flat; the pacing doesn’t know what it wants to be or where it wants to go, and everything ultimately builds up to a spectacularly average movie. It’s just good enough to make you glad you saw it, but nothing memorable enough happens that makes you say “hey I want to watch that again.” Chalk it up to whatever fault you want to saddle this film with; it’s still a decent flick but nothing more.