The Ultimate Hairstyle Guide For Spring/Summer 2018 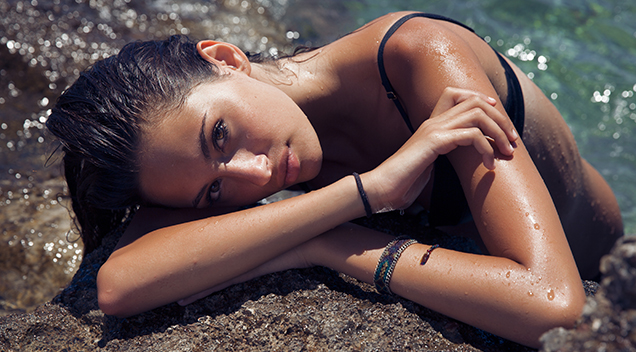 The wet locks tuck behind the ears was a big look on the Spring/Summer 2018 runaway and its set to make a comeback. This season the hair is a little less lacquered and polished, it has added height with a more relaxed tousled finish. It was seen on Celine and Balmain, amongst others. The effect is simple to achieve with minimal product and a simple swipe of the hand.

From canary yellow to electric blue and bold pinks, brightly pigmented hair are big in a big way. The soft pastels of previous seasons have been amped up to fluorescent status whether it be neon streaks, fluorescent crops or bold waves. Fendi’s girls had blue and green hues to their hair, inspired by pen marks on the makeup artist’s hand. Embrace your inner cool girl with a hair colour that has something to stay.

First came the lob that everyone from Taylor Swift to Karlie Kloss was seen wearing now the lob becomes even shorter. The tips of the hairbrush the earlobes with a slight curl or texture to the end, it’s youthful and edgy without being messy.

The retro staple has made a comeback whether its crystal-encrusted for eveningwear, sporty in black leather, thick and bright for a retro throwback or the preppy printed versions. If hairbands give you bad memories of school photos try the less statement hairclip trend, as seen of Versace and D&G, they have been giving a prim and proper update. For those who want to commit to the headband see how MiuMiu embraced the mod with their backcombed tresses and bold headbands or Anya Hindmarch’s 90’s chignon teamed with a headband for a French chic look.

5. The bowl cut and the pixie cut

The bowl cut’s revival was announced with Catherine McNeil at New York fashion week as she walked for Alexander Wang. The 90’s style is genderless and shocking after years of smooth bobs tousled waves. Moschino models walked with cute pixie cut wigs for an ethereal innocence whilst Tom Ford offered something for the less committed with their cleaver pinning to give the illusion of cropped hair. Models like Amandine Renard and Sarah Fraser were big names on runways giving us some short hair inspiration.

Whether it was covered in glitter, had a sequin parting, worn to a side or braided there was a multitude of new ways to wear a ponytail. Ponytails are being worn low, often at the nap of the neck. Chanel tied their model’s ponytails with Perspex, Loewe embraced baby hairs for a softer romantic look, Christopher Kane showcased a grittier product heavy look and Tina Outen delivered an accidentally on purposes ponytail bun. No matter what your style is there is a new ponytail style to suit you