The Verdict On “Hotel Transylvania 3: Summer Vacation:” Is It Worth Your Time And Money?? 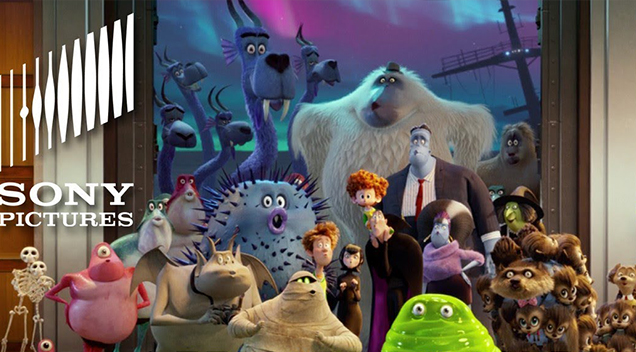 For all the bombs and bad movies Adam Sandler has dropped, he seems to have found a surprisingly effective mark with this animated franchise he’s been headlining. The “Hotel Transylvania” series has been exceedingly profitable, likeable and successful over the course of 3 movies and one animated series. I saw the first one and ended up seeing the second one due to my daughter’s sudden interest in the series. After being impressed at how much “Hotel Transylvania 2” improved over the first film, I admittedly became hooked enough that I wanted to see if the 3rd one was worth my time as well. The result is a film that fails to break new ground that the second film delivered so effortlessly, but is still a good time for the family none the less.

Mavis (Selena Gomez) decides to do something nice for her father, Dracula (Adam Sandler) and buys tickets for all her monster family to board a monster cruise so they can have a vacation instead of running the hotel for a change. Things get complicated when Dracula is drawn to the ship’s captain, Ericka (Kathryn Hahn) who also happens to be descended from Dracula’s old arch nemesis; Abraham Van Helsing (Jim Gaffigan). Now it’s Mavis’s turn to be overprotective for her dad’s love life as she and the other monsters just try to have a good time until all Hell and hilarity inevitably breaks loose.

While the “Hotel” series has always been an animated franchise geared squarely at kids, the first two films managed to sneakily weave in some clever adult jokes, creative scenarios and even some genuinely emotional moments. It’s bouncy and packed with silly celebrity voiced monsters but it had more heart to it than at first glance and its slick humour worked well with the strange combination. “Summer Vacation” is the only film to have completely different writers than the last 2 and it shows. Everything is toonier, bouncier, and goofier; coming off as the kind of humour and wackiness you’d say on a run-of-the-mill Nickelodeon cartoon than a big budget animated kid’s film for theaters, though thankfully it never gets direct-to-DVD kids movie level.

The idea of Dracula wanting to start finding that special someone again is a cute concept. The films have always been surprisingly good at creating simple but cute little romances between their characters and while Drac’s turn at love wears thin more often than not, it has its moments. Seeing Mavis in Drac’s role from the first film has its charming rewards, she’s not as exaggerated or expressive as he is though. The idea of having a villain is handled better here with Helsing than it was in the previous film. They’ve used every kind of monster they can dig up so it’s a fun little addition by bringing in a human enemy who is just as goofy as the rest of them.

My favourite aspects were in the little things; the smaller parts and bit characters whose moments (albeit brief) stood out far more than the main cast. Watching Mavis and Jonathan’s (Andy Sandberg) vampire son Dennis and Winnie; wolf daughter of werewolves Wayne (Steve Buscemi) and Wanda (Molly Shannon) was a delight and I enjoyed every scene with those two. Speaking of the wolves, seeing them get a chance to get away from their swarm of wolf kids was an unexpected gag that kept me chuckling for quite a while. The other monsters have their own gags and gimmicks but it’s these two lovable pairs that I adored seeing the most and would have very much wanted to see more.

I’m not saying “Hotel Transylvania 2” is an impossible sequel to surpass and “Summer Vacation” is by no means a bad movie, it’s just not a great movie either. Everything here is safe and offers nothing new; its mostly recycled gags and concepts the previous films had already done and delivered better. It’s a harmless film but it doesn’t even offer the smallest bit of hope that something new and unexpected could emerge. This is more of a cartoon than a movie and the sharp wit that kids and adults both clung to seem to have slipped through the writer’s fingers when they were drafting this up. It’s a fantastically average film that never tries more than needed.

Overall, “Hotel Transylvania 3” is the weakest entry in the series. You’ll still get some good laughs out of your kids and the increase in zaniness will keep plenty of smiles forming, but I feel that if the series had decided to end things with “Hotel Transylvania 2” and didn’t make any more sequels…I think the rest of the world and I would have been okay with that.