The Verdict On “Christopher Robin:” Is It Worth Your Time On Money? 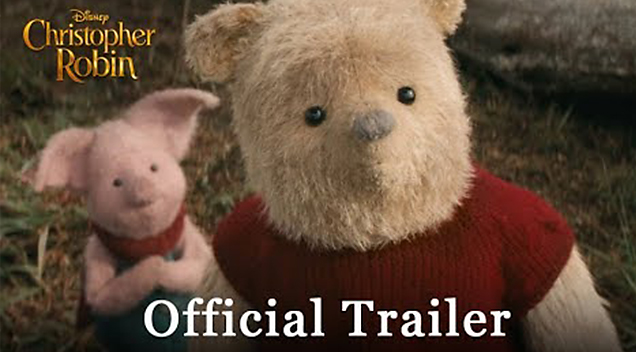 I was never an especially big “Winnie the Pooh” fan when I was younger. Growing up, I did watch it, learned the characters and became familiar with them just like everyone who was a Disney kid did. Even with my passing interest in the series, hearing about the concept for this movie sparked a warm-hearted sense of nostalgic interest in me. “Christopher Robin” is a unique live-action take on a Disney classic and while it shares many similarities to the Robin Williams film “Hook,” I have a feeling this film is a unique experience that will make people realize this is the movie everyone needed even if they didn’t know they did.

After having many adventures and fun times with his fuzzy friends, Christopher Robin (Ewan McGregor) has grown up and is now overly focused on his work; unintentionally neglecting his loving wife Evelyn (Hayley Atwell) and his spirited daughter Madeline (Bronte Carmichael) and pushing them away. Suddenly, an old friend; Pooh (Jim Cummings) appears out of nowhere to bring him back to the land and world of his childhood past in order to help Pooh find his old friends again and bring some magic back into Christopher’s life and family.

For years, people have commented that Disney is the sunny, child-friendly company that is always too warm and fuzzy to be mature and thus; creates family-focused films that produce heaping amounts of cheese and fluff. Most people view that as a negative aspect. In this film’s case, cheese and fluff are exactly what this is all about…but it’s not a campy brand of cheese, it’s a legitimately heartwarming, loving piece that will move you to tears. There’s a sincere sense of sweet simplicity that makes this film easy for anyone of any age to just walk into, sit down and enjoy without needing prior knowledge or familiarity with the history of these characters or world.

There have been many of live action/animation mixed films in the past and a lot of them usually feature disappointing, poorly rendered characters that never feel like they are truly part of the world or who they are interacting with. “Christopher Robin” presents the characters as living stuffed animals, making them look like Pooh and the gang just walked out of their storybooks and into the real world. In a world filled with cynicism and the grind of daily life, it’s so refreshing to see something that just exudes sweetness and warmth without any hint of sarcasm or mockery. Robin’s portrayal here feels like we’ve been in his shoes at one point in our lives quite naturally.

McGregor makes an amazing transformation from the stiff, lifeless husk to the lively, big-hearted kid who revels in the fun his old friends bring him. Seeing him truly get into the spirit of playing with Eeyore was just a delightful scene that brought a smile to every viewer’s face. I was greatly pleased to hear Jim Cummings familiar voice echoing through Tigger and Pooh’s mouths again. The whole fuzzy gang was brought beautifully to life and they were presented with all their iconic personalities and quirks, and they are displayed in a way anyone can quickly understand who they are right off the bat.

Mixing the Pooh gang in the real world presented some fun opportunities for them to interact with others, I’m glad they went this route and not some sort of “head game” angle by saying only Robin could see and hear them. If I had any complaints to speak of they’d be minor ones at best and mostly would fall about certain characters being left out of focus for most of the film. Hayley Atwell was a genuine treat as Robin’s wife and I would have loved to see more of her, the same goes for Kanga, Roo, Rabbit and Owl who make more cameos than actual appearances. The real focus falls on Piglet, Pooh, Eeyore and Tigger, which is expected but I still feel it would have been sweeter to see the whole gang go to the real world to save Robin, but that’s just me.

Overall, “Christopher Robin” is nothing short of pure, honest, touching, heartwarming bliss. There’s no naïve overcast or sense of preposterous fluff, it’s just a simple and sweet story that works wonderfully and that’s exactly what I was meant to do. The cast is perfect, the designs for the Pooh characters are strikingly realistic and effective and this film is just something that can brighten up anyone’s day no matter how dreary or miserable you’re feeling. Disney fan or Pooh fan or no, “Christopher Robin” is just a wholesome film of pure comfort and joy that will soften the hardest of hearts.